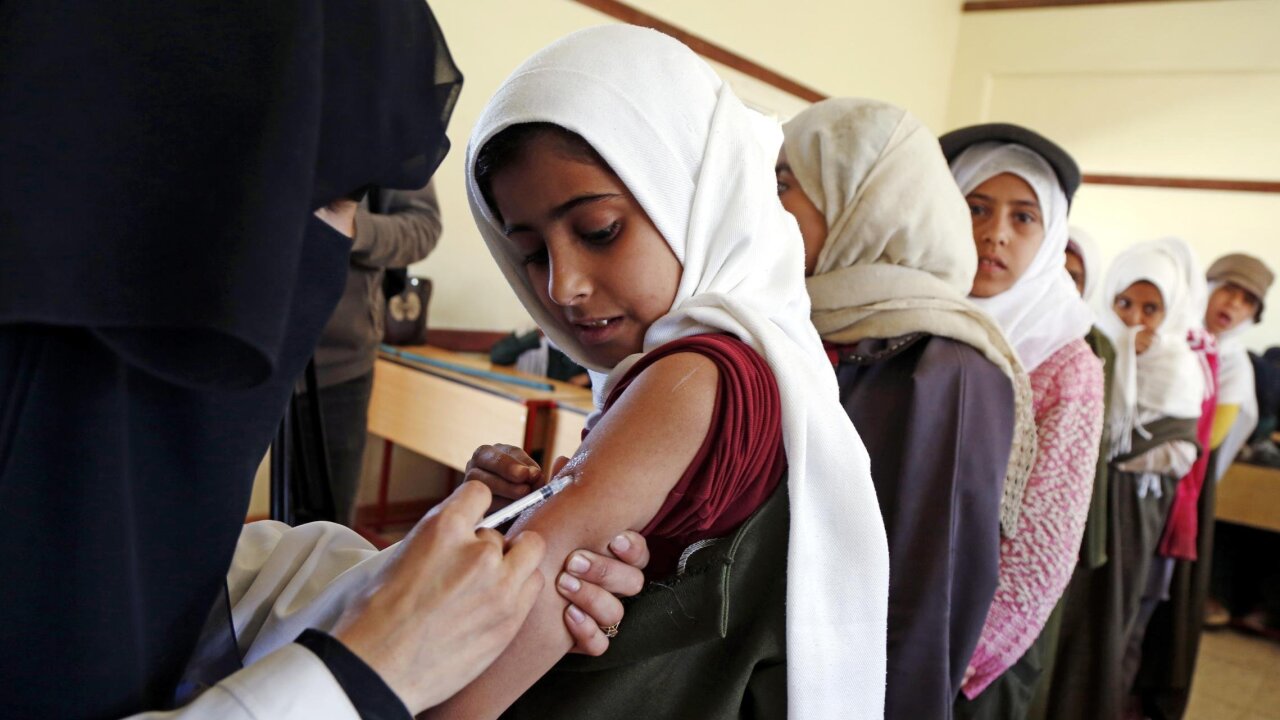 Global measles cases increased by 48.4% between 2017 and 2018, according to calculations by UNICEF of data on 194 countries from the World Health Organization.

Ten countries, including Brazil, the Philippines and France, accounted for nearly three-quarters of the total increase in measles cases in 2018, according to figures released by the UN's agency for children.

Poor health infrastructure, low awareness, civil disorder, complacency and a backlash against vaccinations in some cases were driving forces in these recent measles outbreaks, according to the agency.

Ukraine, the Philippines and Brazil witnessed the biggest increases in cases of the disease, according to UNICEF, which analyzed global measles cases recorded by WHO.

Brazil had no measles cases in 2017, but 10,262 were reported in 2018. Yemen, Venezuela, Serbia, Madagascar, Sudan, Thailand and France saw the next biggest increases.

Measles is a respiratory illness, with symptoms including high fever, cough, runny nose, conjunctivitis or pink eye, and a rash.

The virus is one of the most contagious diseases, according to the US Centers for Disease Control and Prevention. It can live in the air for up to two hours after someone infected coughs or sneezes.

There is no specific treatment for measles, making vaccination a "life-saving tool for children," UNICEF stresses.

Around the globe, 98 countries saw an increase in measles cases in 2018, UNICEF said.

The agency also stressed that there were several countries, including Brazil, Colombia, Chile and Peru, that reported no measles cases in 2017 but saw the disease make a comeback last year.

"It is very unfortunate to see measles coming back as a public health problem," said Robin Nandy, principal adviser and chief of immunization at UNICEF. He added that the trend of measles increases is seen "pretty much across the globe."

Nandy said these findings are "absolutely" a cause for worry. "I would be very disappointed if we are not worried about this," he said. If we don't do something about it now, "it could get considerably worse."

The key message is that "no country or community is immune to this," Nandy said. These figures show that if vaccine usage and coverage is not picked up, other countries and communities remain susceptible to measles.

The new figures come amid a congressional hearing on measles outbreaks in the United States , where lawmakers met on Capitol Hill to discuss what has been described "a growing public health threat."

The congressional hearing focused on talks around response efforts for the current measles outbreaks and where in the country rates of the recommended measles, mumps and rubella or MMR vaccine are found to be low.

Measles can lead to severe complications, such as pneumonia, encephalitis -- swelling of the brain -- and death. The risk of measles and its complications is highest for unvaccinated young children, WHO says.

The disease can be prevented by the MMR vaccine, which protects against three diseases. Children should get two doses of the MMR vaccine -- this is about 97% effective at preventing measles -- according to recommendations made by the CDC .

The virus is common in developing countries, particularly in areas of Africa and Asia, according to WHO .