Maxine Waters: 'I have not called for the harm of anybody' 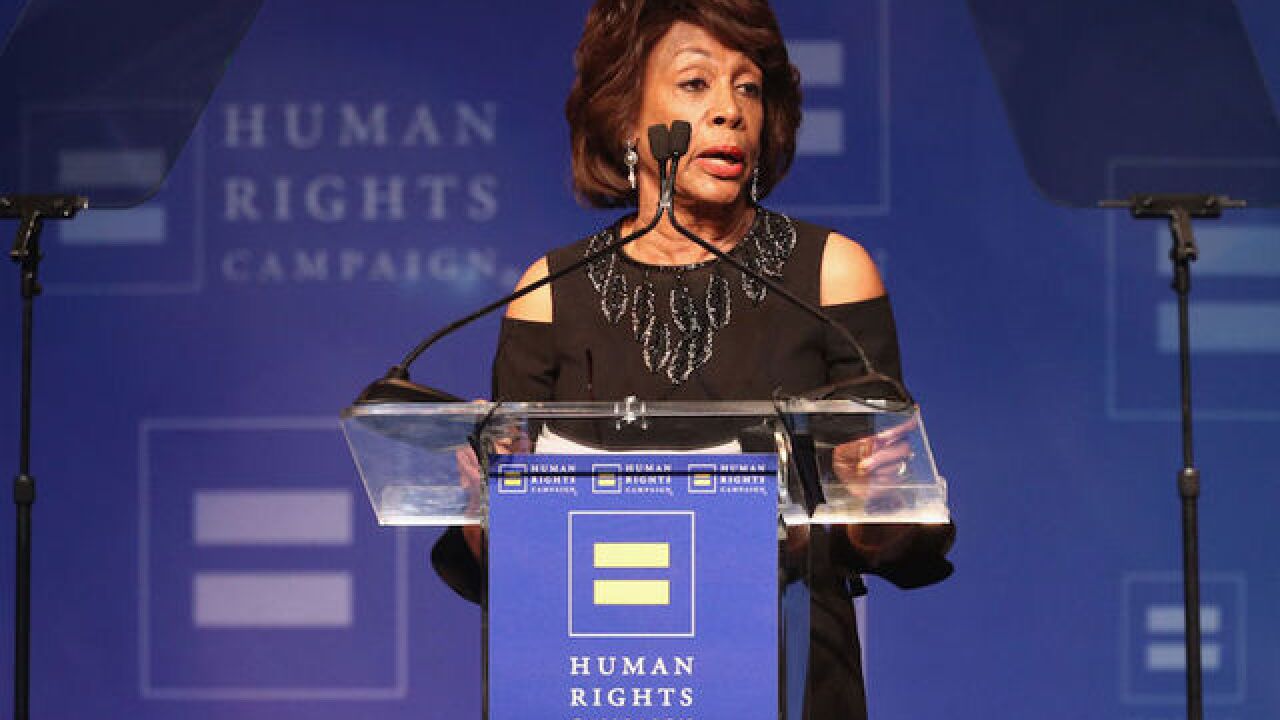 Rep. Maxine Waters pushed back against President Donald Trump on Monday, saying she wasn't calling for people to "harm" his supporters, as he tweeted earlier in the day, but to publicly protest his Cabinet members.

"I believe in peaceful, very peaceful protests," she told reporters on Capitol Hill. "I have not called for the harm of anybody. This President has lied again when he's saying that I've called for harm."

The Democratic congresswoman from California returned to Washington on Monday amid a heated debate over her comments from the weekend, when she encouraged people to keep pushing back on members of Trump's administration in public spaces, like restaurants, department stores and gas stations.

Her comments, fueled by frustration over migrant families separated at the border, came at the end of a week when Department of Homeland Security Secretary Kirstjen Nielsen was heckled by activists at a restaurant in Washington, DC, and White House press secretary Sarah Sanders was asked to leave a restaurant in Virginia.

"Congresswoman Maxine Waters, an extraordinarily low IQ person, has become, together with Nancy Pelosi, the Face of the Democrat Party. She has just called for harm to supporters, of which there are many, of the Make America Great Again movement. Be careful what you wish for Max!" Trump tweeted earlier on Monday.

Waters' remarks prompted criticism from Democratic leaders Monday, including House Minority Leader Nancy Pelosi, who tweeted an article about Waters and wrote that Trump's "daily lack of civility has provoked responses that are predictable but unacceptable."

"As we go forward, we must conduct elections in a way that achieves unity from sea to shining sea," Pelosi's tweet said.

Senate Minority Leader Chuck Schumer, in a speech on the Senate floor, said, "I strongly disagree with those who advocate harassing folks if they don't agree with you."

"If you disagree with a politician, organize your fellow citizens to action and vote them out of office," he added. "But no one should call for the harassment of political opponents. That's not right. That's not American."

Waters, however, rejected the notion that Democrats have been critical of her comments. "They have not been," she flatly told reporters when asked about the criticism.

Rather, she argued, "our members of the Democratic caucus are talking about civility."

"But protest is civility," she added. "Protest is about peaceful resistance to the kind of actions that we are experiencing."

Pressed on whether she supported the idea of kicking someone like Sanders out of a restaurant, Waters said she supports "their right to protest."

Waters described the attention around her comments as a distraction designed by the President. "Let's not get diverted as the president is capable of doing, of diverting us from the real issue. This issue is not Maxine Waters. This issue is the children."

She predicted the protests would stop when families were swiftly reunited at the border.

"I stand by my speech in saying that the protests have already started, they're probably going to continue, but the way to deal with all of this is simply to come up with a credible plan."

The President signed an executive order last week aimed at keeping families together after outrage over his administration's new policy of referring all adults caught crossing the border illegally for prosecution -- a decision that resulted in more 2,500 children being separated from their parents while the adults were detained.

On Saturday, the Department of Homeland Security and the Department of Health and Human Services announced 2,053 children were still in the custody of HHS and awaiting being returned to their parents. Under the administration's plan, however, those children will keep waiting in custody, with reunifications only happening once the parents' deportation proceedings are completed. The families will either be reunited before deportation or, if the parent is released from detention, after the parent applies to serve as the child's sponsor under Department of Health and Human Services rules.