Massive ice sheets in Greenland are melting at an 'unprecedented' rate 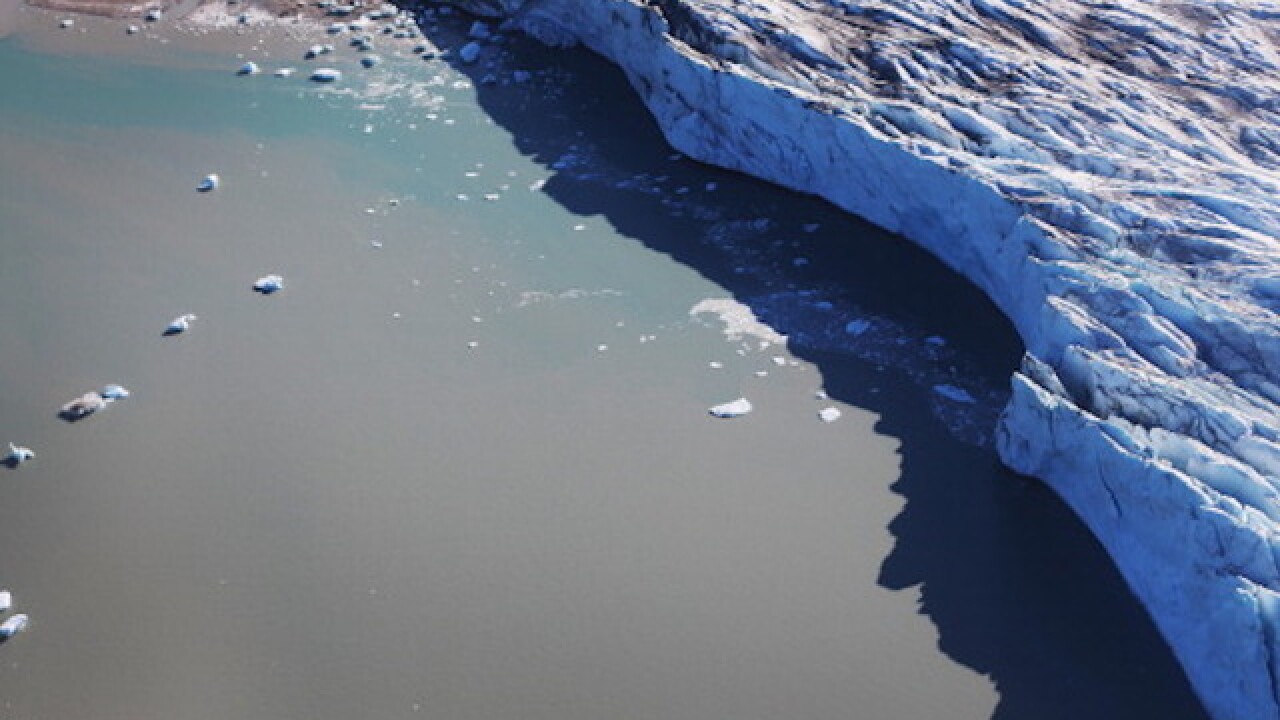 Image copyright 2018 Getty Images. All rights reserved. This material may not be published, broadcast, rewritten, or redistributed.
Joe Raedle
<p>A glacial toe is seen on July 15, 2013 near Ilulissat, Greenland. As the sea levels around the globe rise, researchers affiliated with the National Science Foundation and other organizations are studying the phenomena of the melting glaciers and its long-term ramifications. I flooding. (Photo by Joe Raedle/Getty Images)</p>

Greenland's massive ice sheets contain enough water to raise global sea levels by 23 feet , and a new study shows that they are melting at a rate "unprecedented" over centuries -- and likely thousands of years.

The study, published Thursday in the scientific journal Nature , found that Greenland's ice loss accelerated rapidly in the past two decades after remaining relatively stable since the dawn of the Industrial Revolution in the mid-1800s.

Today, Greenland's ice sheets are melting at a rate 50% higher than pre-industrial levels and 33% above 20th-century levels, the scientists found.

"What we were able to show is that the melting that Greenland is experiencing today is really unprecedented and off the charts in the longer-term context," said Sarah Das, an associate scientist at the Woods Hole Oceanographic Institution and a co-author of the study.

To determine just how fast Greenland's ice is retreating compared with the past, scientists used a drill the size of a traffic light pole to take ice core samples.

The samples were taken from sites more than 6,000 feet above sea level, giving the researchers a window into melting on the ice sheet over the past several centuries.

In the wake of October's dire report from the UN Intergovernmental Panel on Climate Change warning that civilization has just more than a decade to stave off climate catastrophe, Thursday's report spells more bad news for the planet, especially the millions of people living near the world's oceans.

Melting from Greenland's ice sheet is the largest single driver of global sea level rise, which scientists predict could swamp coastal cities and settlements in the coming decades.

Eight of the 10 largest cities in the world are near coasts, and 40% to 50% of the global population lives in coastal areas vulnerable to rising seas.

The study also found that Greenland's ice loss is driven primarily by warmer summer air and that even small rises in temperature can trigger exponential increases in the ice's melt rate.

"As the atmosphere continues to warm, melting will outpace that warming and continue to accelerate," said Luke Trusel, an assistant professor at Rowan University and study co-author.

According to Trusel, the current thought in the scientific community is that there is a temperature threshold that could trigger a point of no return for the eventual melting of Greenland and Antarctica's ice sheets. And though we don't know exactly what that temperature tipping point is, "what's clear is that the more we warm, the more ice melts."

"Once the ice sheets reach these tipping points, it's thought that they'll go into a state of irreversible retreat, so they'll be responding to what we do now for centuries and milliennia into the future," Trusel said.

What it's like at the ground zero of climate change

Das stressed that although climate science often focuses on the future impacts of warming, the findings show that the climate is already undergoing hugely significant changes.

"Climate change -- whether it's in Greenland or in your backyard -- is already here and already happening and already impacting people. It's not something that's coming in the future, and this study really drives home that point," she said.