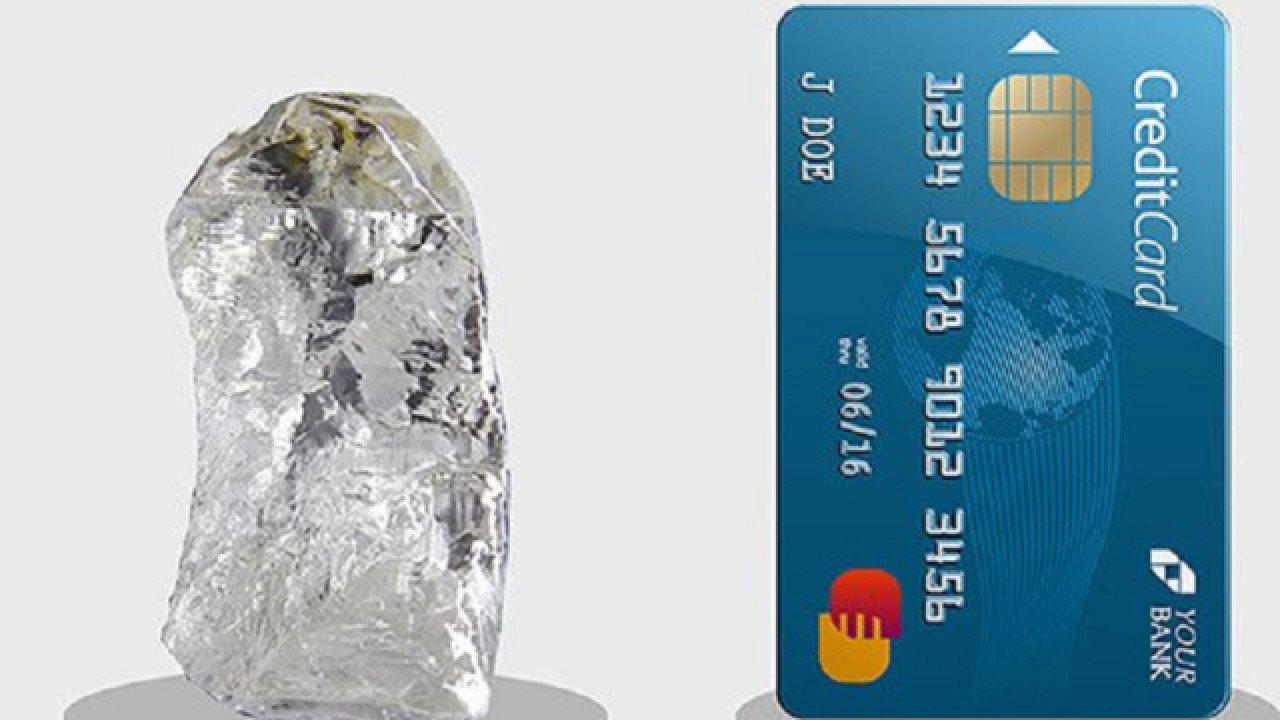 By: Mina Abgoon
Posted at 1:20 AM, Feb 16, 2016
A massive diamond weighing 404 carats and measuring about 7 centimeters across was recently unearthed in the African country of Angola, a mining company announced Monday.
Lucapa said the diamond was discovered by the Lulo Diamond Project.
The diamond is virtually flawless, according to New York-based diamond retailer Yehuda, which tested it and categorized it as a perfect Type IIa stone. Furthermore, Lucapa noted that the stone is “D-colored” -- meaning it is entirely colorless, as well as the rarest an likely most valuable grade for a white diamond, CNNMoney reports.

This 404 carat diamond unearthed in Angola is among the biggest ever found https://t.co/oHZJTw4UCT by @jackiewattles pic.twitter.com/t4EchzEKUw

Lucapa Chairman Miles Kennedy told ABC Australia that the historical find could be worth about $20 million.
The Lulo Diamond Project started in Angola, which is the world's fourth biggest country for diamond production, in 2015; since then, the area has so far produced more than 60 "large special diamonds.
KJRH