Mary Trump book: "No one is less equipped than my uncle to manage" current situation 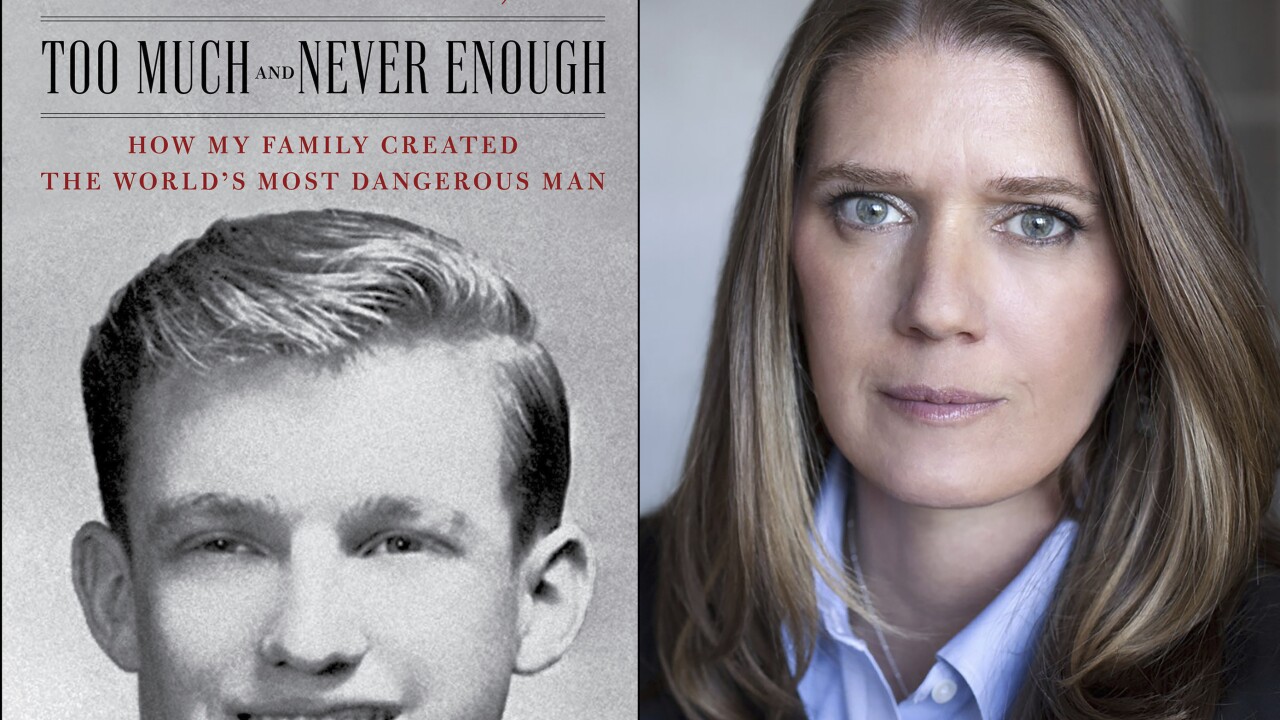 AP
This combination photo shows the cover art for "Too Much and Never Enough: How My Family Created the World’s Most Dangerous Man", left, and a portrait of author Mary L. Trump, Ph.D. The book, written by the niece of President Donald J. Trump, was originally set for release on July 28, but will now arrive on July 14. (Simon & Schuster, left, and Peter Serling/Simon & Schuster via AP)

President Donald Trump's niece offers a devastating portrayal of her uncle in a new book. Mary Trump writes that a “perfect storm of catastrophes” have exposed the president at his worst. Early copies of the book, “Too Much and Never Enough: How My Family Created the World’s Most Dangerous Man," slated for publication next week, became available on Tuesday.

She writes that the coronavirus pandemic, the possibility of an economic depression and deepening social divides have brought out the “worst effects" of Trump's "pathologies."

Multiple media outlets, including CNN and the New York Times, are reporting on details from the book, including that Mary Trump alleges President Trump paid to have someone take the SAT for him.

She says the combination of emergencies are problems that “no one is less equipped than my uncle to manage."

Mary Trump is the daughter of Trump's eldest brother Fred Trump Jr., who died in 1981.

Trump's other brother Robert, filed injunctions to stop the publication of the book. Robert Trump's lawyers argued Mary Trump had agreed not to publish such a book without permission from the family. Last week, a New York court ruled the book could be released.