Mark Zuckerberg testimony: Everything to know before you watch 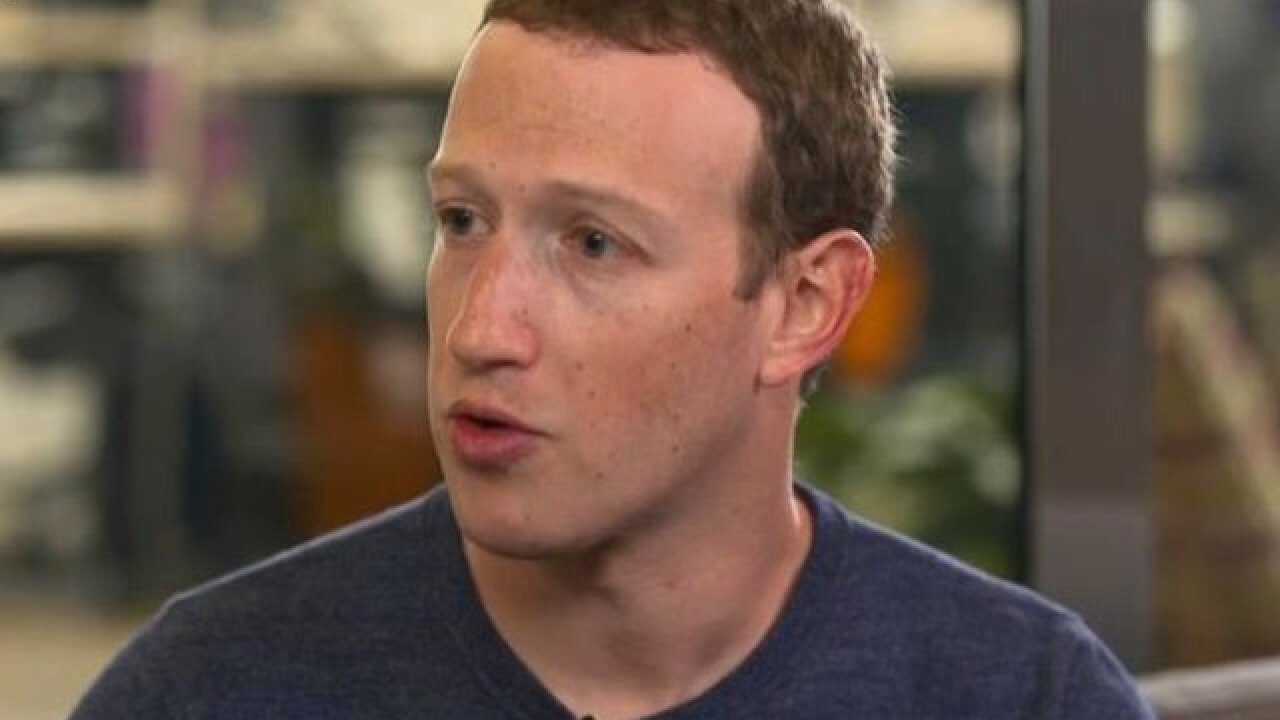 © 2018 Cable News Network, Inc.
CNNMoney
<p>Facebook begin labeling all political and issue ads, and showing who paid for them, and it will require anyone who wants to run a political or issue ad to verify their identity and location. Mark Zuckerberg said that Facebook would support the Honest Ads Act. </p>

Facebook CEO Mark Zuckerberg has arrived on Capitol Hill. What happens next could be big.

Zuckerberg will spend two days answering lawmakers' questions about the powerful social network he helped create more than a decade ago, and whether the company is doing enough to protect users' privacy .

It's the first time Zuckerberg will personally sit for questions from Congress, instead of sending a deputy.

His testimony marks a pivotal moment for Facebook and the tech industry. Here's what you need to know.

When is Mark Zuckerberg testifying before Congress?

Zuckerberg is set to testify in Washington on Tuesday and Wednesday.

He'll appear at a joint hearing conducted by the Senate Judiciary and Commerce committees on Tuesday, starting at 2:15 p.m. ET. The Facebook CEO will then testify in front of the House Energy and Commerce Committee on Wednesday, beginning at 10 a.m. ET.

The hearings were scheduled to address Facebook's use and protection of user data in the wake of the Cambridge Analytica scandal.

Zuckerberg will take the blame for Facebook's recent problems , according to prepared remarks released Monday by the House Committee on Energy and Commerce.

He's expected to concede that Facebook "didn't do enough" to prevent a host of problems on its platform, such as fake news, foreign interference in elections, hate speech and data privacy.

"We didn't take a broad enough view of our responsibility, and that was a big mistake," Zuckerberg will say. "It was my mistake, and I'm sorry. I started Facebook, I run it, and I'm responsible for what happens here."

Why is Zuckerberg testifying?

Since 2016, Facebook has faced an array of controversies related to its platform.

It started with concerns about fake news items that circulated during the US presidential election. Then came questions about Russian meddling, and reports that Russians targeted Facebook users with political ads.

But the biggest scandal has been over Cambridge Analytica, a data firm with ties to President Donald Trump's campaign.

Last month, it was disclosed that the group obtained data on millions of Facebook users without their knowledge. Facebook believes about 87 million users were affected.

Since then, the company's reputation and stock have taken a beating, as advocates and lawmakers call for greater oversight to protect user privacy.

On Monday, the company began rolling out a "see how you're affected" tool at the top of people's News Feeds. It will let users know if they're among the tens of millions who had their data improperly accessed by Cambridge Analytica.

The roll out is happening incrementally, so not everyone who was affected will know immediately.

Why is Zuckerberg's testimony a big deal?

In the past, tech leaders have avoided personally showing up for Congressional hearings.

It's also an opportunity for Zuckerberg to address his company's current crisis of trust, which has shown no signs of abating in recent weeks. Some have even called for Zuckerberg to step down. The 33-year-old's performance in front of Congress could have ramifications for his job security.

Where can I watch Zuckerberg's testimony?

You can watch the Senate hearing on Tuesday live on C-SPAN. You will also find links to a live stream on CNN and CNNMoney. The committee also plans to broadcast the event here .

The House hearing on Wednesday will also air on C-SPAN. Or, you can livestream it.