Margie Kay Reckard was killed in the El Paso shooting. Her husband has no family to attend her funeral 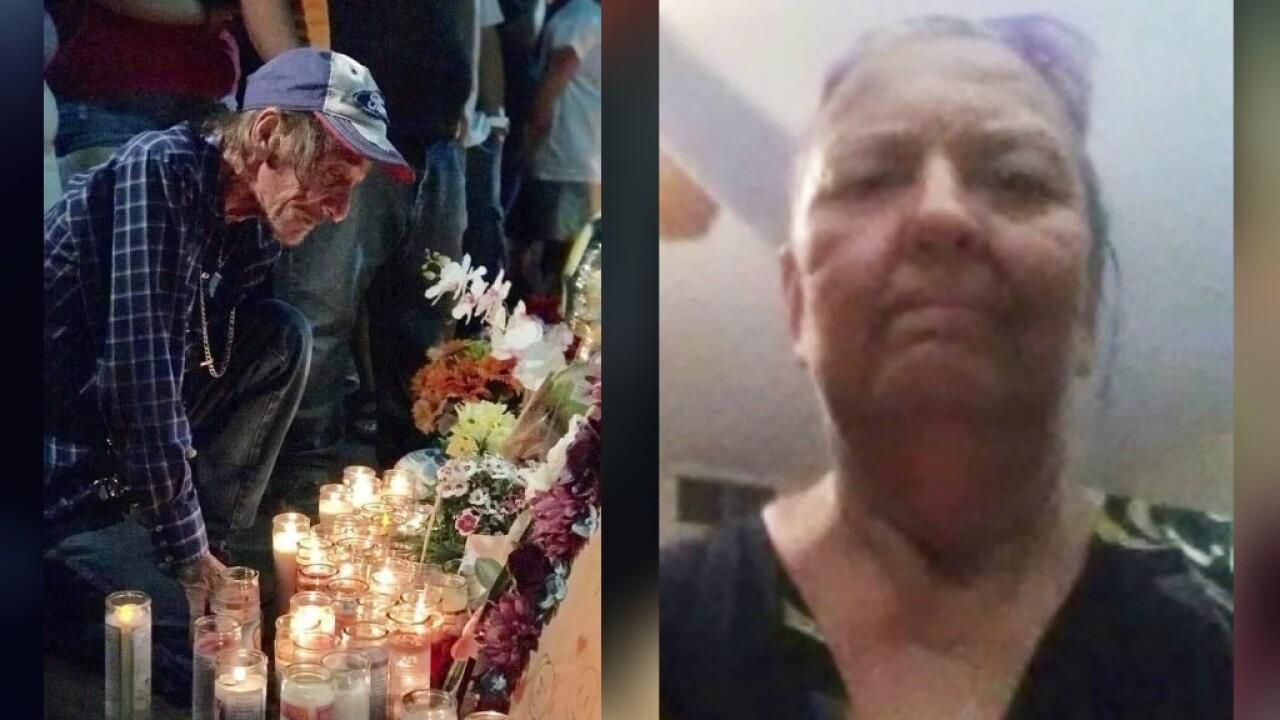 Margie Kay Reckard was killed Saturday, August 3, when a gunman opened fire at a Walmart store in El Paso, Texas. Her funeral may have been sparsely attended. But not anymore.

Her husband of 22 years, Antonio Basco, is inviting the public to his wife's services.

According to a Facebook post from Perches Funeral Home, Basco had no other family in town other than his wife. They posted to their Facebook page with a plea for attendees for his wife's services.

"Let's show him & his Wife some El Paso Love," the funeral home wrote.

“I just feel it and when we first met, that feeling came to each one of us, to each other, and we’ve been together ever since,” Basco told KFOX. “We were gonna live together and die together, that was our plan.”

KTSM reports that members of Reckard's family are coming in from out of town, but welcome anyone who would like to grieve and show support. A visitation is being held at Perches Funeral home in El Paso on August 16 and a funeral service is being held August 17 at Restlawn Cemetery.

Reckard was one of 22 people killed in the mass shooting at a Walmart in El Paso. Basco told KFOX their life was like a fairy tale, and that he would miss her.

“When I met her she was an angel and she still is,” Basco said. “I was supposed to be the strong one but I found out I’m the weak one, and she’s going to be missed a lot.”