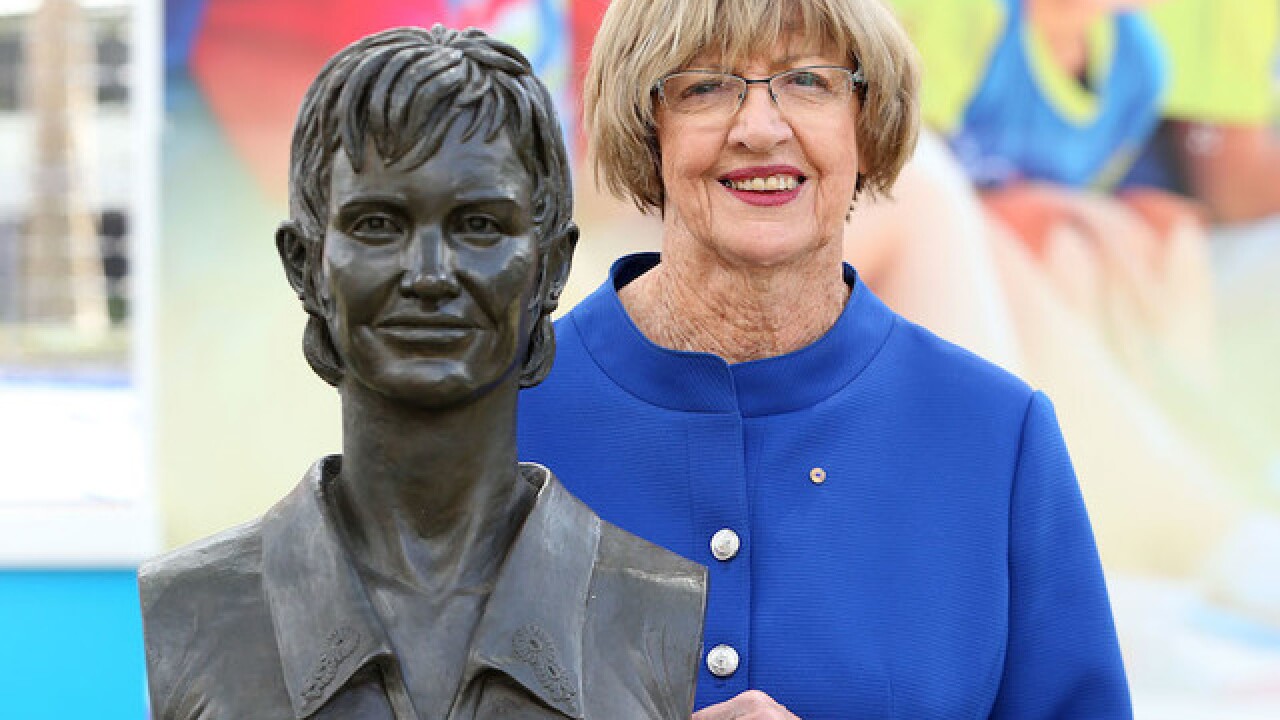 Margaret Court -- who has won more tennis grand slams than anyone in history with 24 -- has stirred up yet more controversy by claiming that tennis is "full of lesbians."

The Australian's remarks came less than a week after she said she would refuse to fly Australia's national airline Qantas because it supported same-sex marriage.

In response to that, tennis legend Martina Navratilova -- who is openly gay -- said Margaret Court Arena at the Australian Open should be renamed.

She also drew rebuke from Australia's top women's player, Samantha Stosur, its grand slam doubles finalist Casey Dellacqua, Tennis Australia and the operators of the Arena itself. And men's No. 1 Andy Murray made clear he didn't agree with Court's stance.

Court -- a 74-year-old Christian pastor -- made her latest comments to Vision Christian Radio.

"I mean, tennis is full of lesbians because even when I was playing there was only a couple there but those couple that lead ... took young ones into parties and things.

"And because they liked to be around heroes and what you get at the top is often what you will get right through that sport."

'Minds of the children'

In the interview, Court also referenced the devil and Hitler.

"God's got so much in (the Bible) about the mind, how it affects us, affects our emotions, our feelings, you can think 'Oh I'm a boy' and it'll affect your emotions and feelings, and everything else and so that's all the devil.

Speaking after her second-round victory at the French Open on Wednesday, Stosur admitted: "That's all pretty crazy stuff."

Stosur wouldn't be drawn on whether she would refuse to play on Margaret Court Arena at the next Australian Open in January.

"I'm going to head down to the Australian Open when it rolls around next year, and we'll get on whatever court we have to play on," said Stosur, a grand slam winner herself. "But obviously I don't agree with what she's coming out with saying."

Dellacqua attached a newspaper clipping in 2013 in which Court took aim at her family and spoke of her pain Wednesday in Paris.

"At the time I was really hurt," she told reporters. "I was hurt because I actually know Margaret personally. I used to hit with her back in Perth so I know her.

"But I let it go because it was a very happy time in my life so I kind of just ignored it and thought, 'I'm not going to let anyone ruin my happiness.'

"And I guess more to the point, I'm fine and I'm very conscious of the fact that everyone is allowed their opinion, but when you start singling out my family especially, that's when it's not okay.

Murray, speaking Tuesday, said: "I don't see why anyone has a problem with two people who love each other getting married. You know, if it's two men, two women, that's great. I don't see why it should matter.

"It's not anyone else's business. Everyone should have, in my opinion, should have the same rights. That's my view on it."