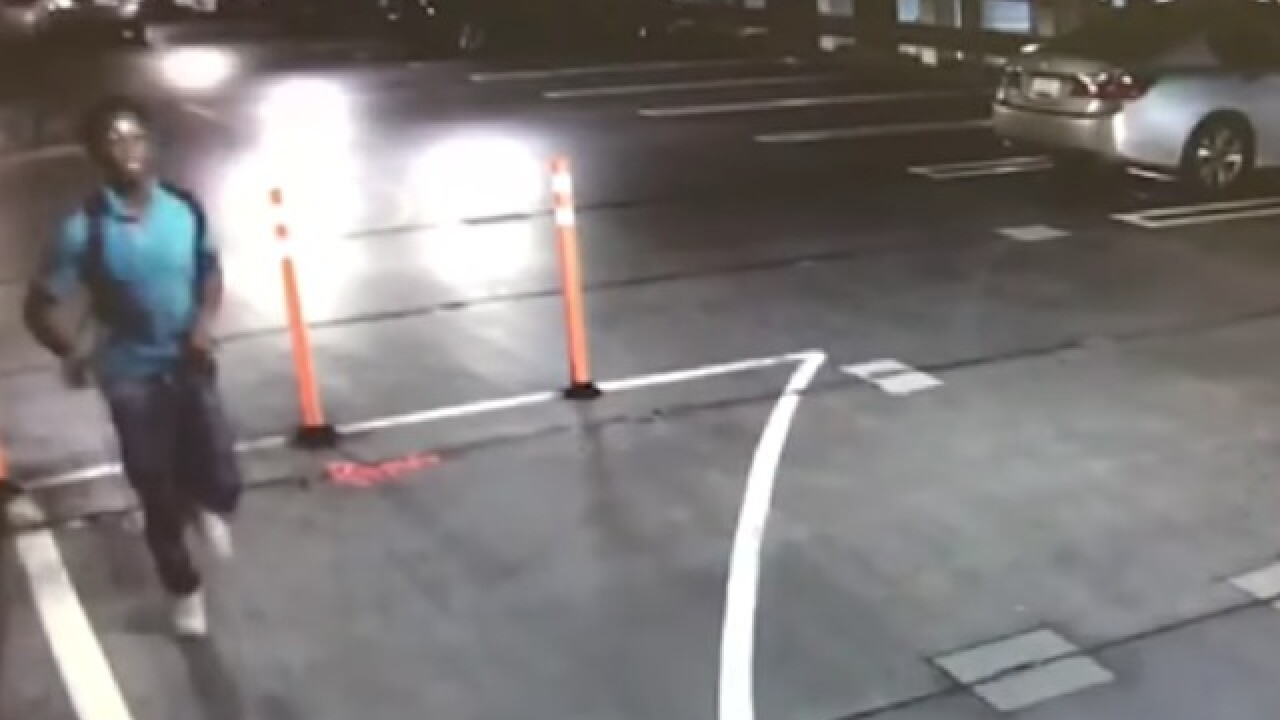 Copyright 2018 Scripps Media, Inc. All rights reserved. This material may not be published, broadcast, rewritten, or redistributed.
<p>Montgomery County Police Major Crimes Division continue to investigate an August 2 attempted carjacking that occurred in Bethesda.  Today, detectives are releasing surveillance video of the two suspects and are asking for the public’s help to identify them.</p>

Police in Montgomery County, Maryland, released surveillance footage Thursday from an Aug. 2 attempted carjacking in Bethesda in hopes it will lead to the arrest of the two suspects.

Police said at about 9:15 p.m. on Aug. 2, a man was returning to his car parked in the garage of the Westfield Montgomery Mall when two male suspects approached him. They demanded his car key while implying one of the men was armed.

The victim complied, but when the suspects got into the car and started it, they realized the car had a manual transmission which neither could drive.

The suspects then fled on foot, last seen leaving the second level of the parking garage, as seen in the footage below.

Anyone with information about these suspects or the carjacking can call Montgomery County Police at 240-773-5100 or the Crime Solvers tip line at 1-866-411-8477. A potential reward of up to $10,000 is available for information that leads to an arrest.