Manhunt underway for University of Connecticut student accused of killing 2 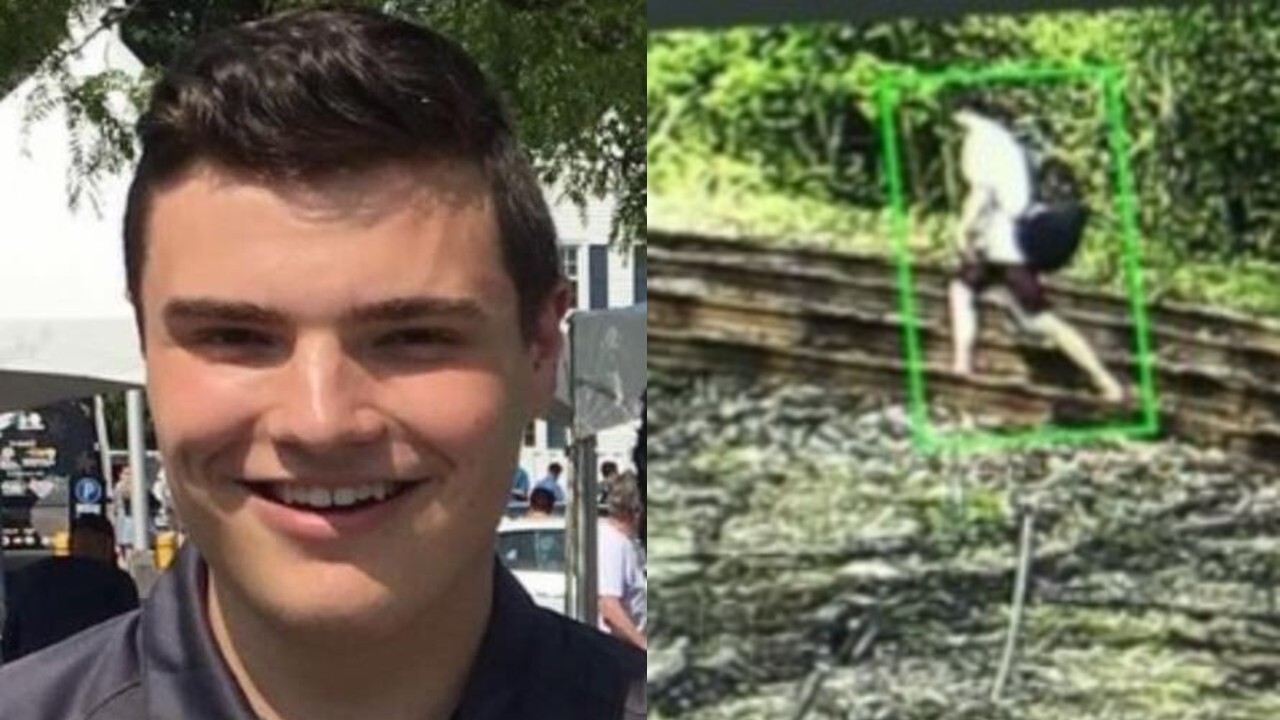 A manhunt is underway for a University of Connecticut senior suspected of killing two men last Friday.

Manfredonia is accused of killing 62-year-old Ted DeMers and 23-year-old Nicholas Eisele before forcing Eisele’s girlfriend into her vehicle and fleeing the state with her.

The 23-year-old girlfriend was located Sunday at a rest stop near Paterson, New Jersey, with her 2016 Volkswagen Jetta and was not hurt, according to police.

Meanwhile, Pennsylvania State Police say Manfredonia was dropped off by an Uber in front of a Walmart in East Stroudsburg before walking behind the store and onto a set of train tracks on Sunday.

A surveillance photo shared by authorities appears to show Manfredonia walking on the tracks in a white t-shirt and dark colored shorts, carrying a large duffel bag. Police believe the bag is full of guns that the suspect stole from a home invasion in Connecticut.

Manfredonia is described as being about 6 feet 4 inches tall and 240 pounds, with short hair. He is considered armed and dangerous, so if you happen to see him, do not approach. Instead, call 911.

A lawyer for Manfredonia’s family pleaded Monday for his surrender as police circulate the photo of the person walking along railroad tracks in Pennsylvania.