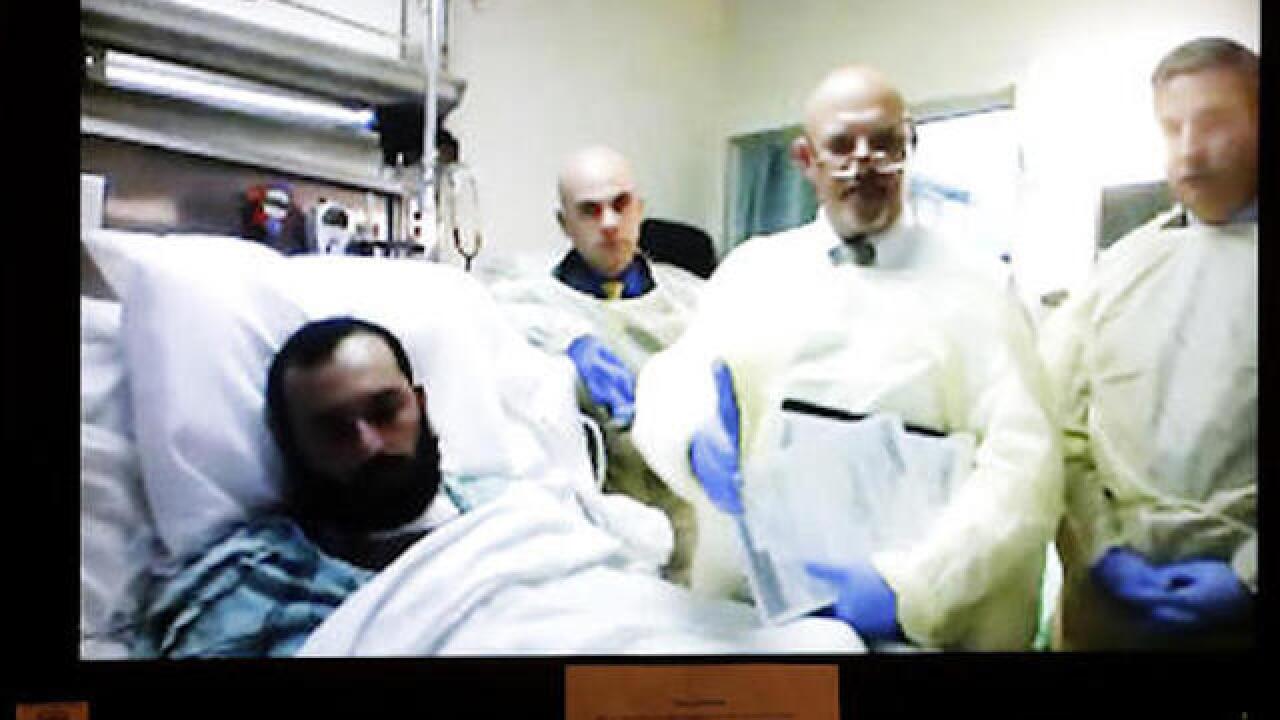 Copyright Associated Press
Julio Cortez
<p>Ahmad Khan Rahimi, left, appears via video from his hospital bed in Newark, N.J., during a court hearing at the Union County Courthouse, Thursday, Oct. 13, 2016, in Elizabeth, N.J. Rahami, accused of setting off bombs in New York and New Jersey in September, made his first court appearance on charges he tried to fatally shoot police officers trying to capture him. (Union County Courthouse via AP, Pool)</p>

TRENTON, N.J. (AP) — A man accused of setting off bombs in New Jersey and New York, injuring more than 30 people, has been moved from a hospital to a state prison.

New Jersey Corrections Department spokesman Matt Schuman says Ahmad Khan Rahimi was transferred to a state facility on Tuesday instead of a county jail for his safety and security. Schuman would not identify the facility.

Rahimi had been hospitalized with gunshot wounds following a police shootout that led to his capture in Linden on Sept. 19.

He has pleaded not guilty to charges he tried to kill police officers before they captured him.

He is accused of detonating a pipe bomb before a charity race in Seaside Park, New Jersey, and a pressure cooker bomb in New York City on Sept. 17.