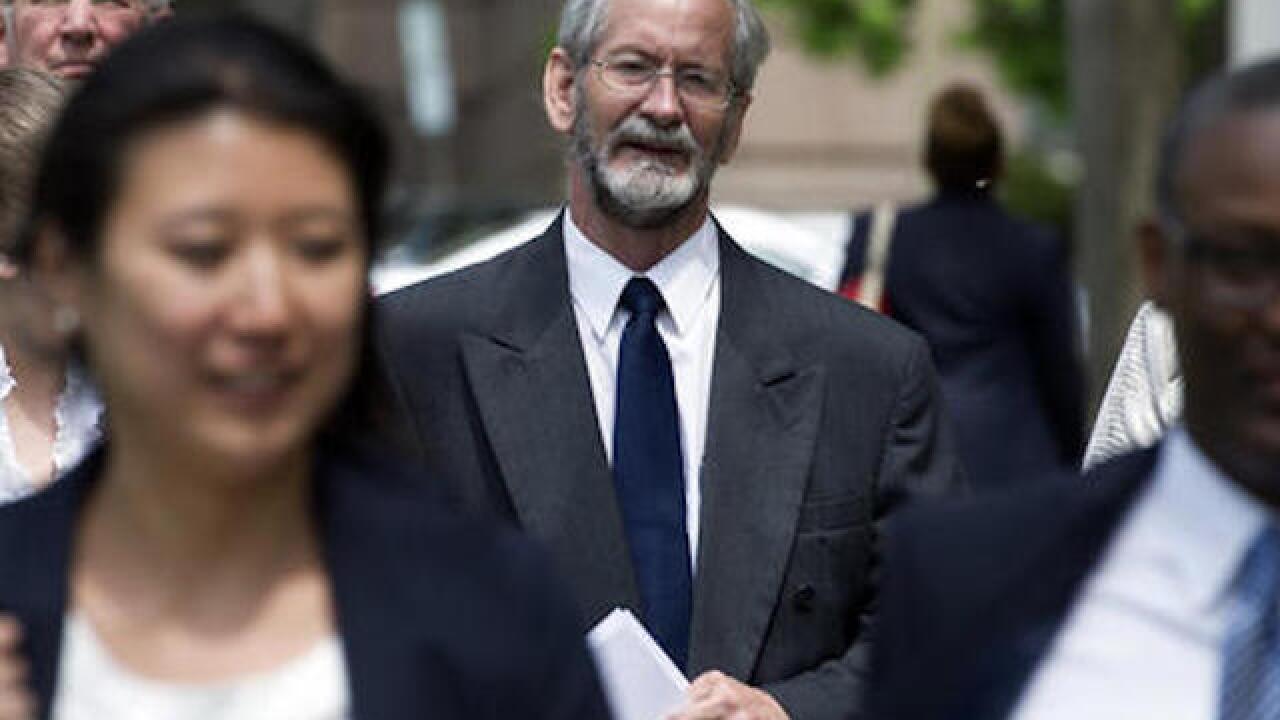 Cliff Owen
<p>Douglas Hughes arrives at the Federal Courthouse in Washington, Thursday, April 21, 2016. Hughes, from Ruskin, Fla., flew a gyrocopter into restricted airspace over Washington, D.C., and is scheduled to be sentenced today.(AP Photo/Cliff Owen)</p>

WASHINGTON (AP) — A Florida man who landed a one-person gyrocopter on the lawn of the U.S. Capitol in Washington in 2015 as a stunt to protest the influence of money in politics was sentenced Thursday to spend four months in jail.

In sentencing 62-year-old Douglas Hughes, Judge Colleen Kollar-Kotelly said he displayed a total lack of concern for his safety or that of others. She said he knowingly violated airspace restrictions around the nation's capital, some of the most restricted U.S. airspace, and didn't seem to appreciate how dangerous his actions were. It was only by chance that no one was harmed, she said at a hearing, which lasted hours.

Hughes has said his April 15, 2015, flight in the bare-bones aircraft was a way to call attention to the influence of big money in politics and protest government corruption. The former mail carrier from Ruskin, Florida, was carrying letters for each member of Congress on the topic of campaign finance and the tail of his aircraft displayed a postal service logo.

Hughes pleaded guilty in November to a felony of operating a gyrocopter without a license.

Prosecutors had asked the judge Thursday to sentence Hughes to 10 months in prison, arguing that his flight from Gettysburg, Pennsylvania, to the nation's capital put countless lives at risk. Hughes "craved attention" and "violated important public safety laws because he wanted people to pay attention to his political views," prosecutors wrote in a document filed with the court ahead of sentencing.

Hughes' attorneys, meanwhile, had argued in their own memo that he should be allowed to remain out of jail and said his actions were "in the nation's proud tradition of nonviolent civil disobedience."

"The attention his flight gained, Mr. Hughes hopes, will force the nation to finally confront the issue of campaign finance rather than continue to ignore the problem. For this reason, Mr. Hughes should be considered a hero for his conduct," his attorneys Mark Goldstone and Tony Miles wrote.

In writing and in court they compared Hughes' flight to the acts of civil disobedience undertaken by Martin Luther King Jr., Rosa Parks, Harriet Tubman, Henry David Thoreau and the freedom riders.

But Judge Kollar-Kotelly disagreed, saying the actions of those historic figures were directly related to breaking laws they found unjust.

"He's not in that league," she said, calling his actions a "stunt," a word Hughes also has used.

Hughes said outside of court that there weren't any laws related to campaign finance that he could break. He said he was "not totally pleased nor terribly displeased" with the sentence.

He said it is not his intention to break any laws in the future but that he would consider taking an action that would result in another jail sentence if it would advance his cause.