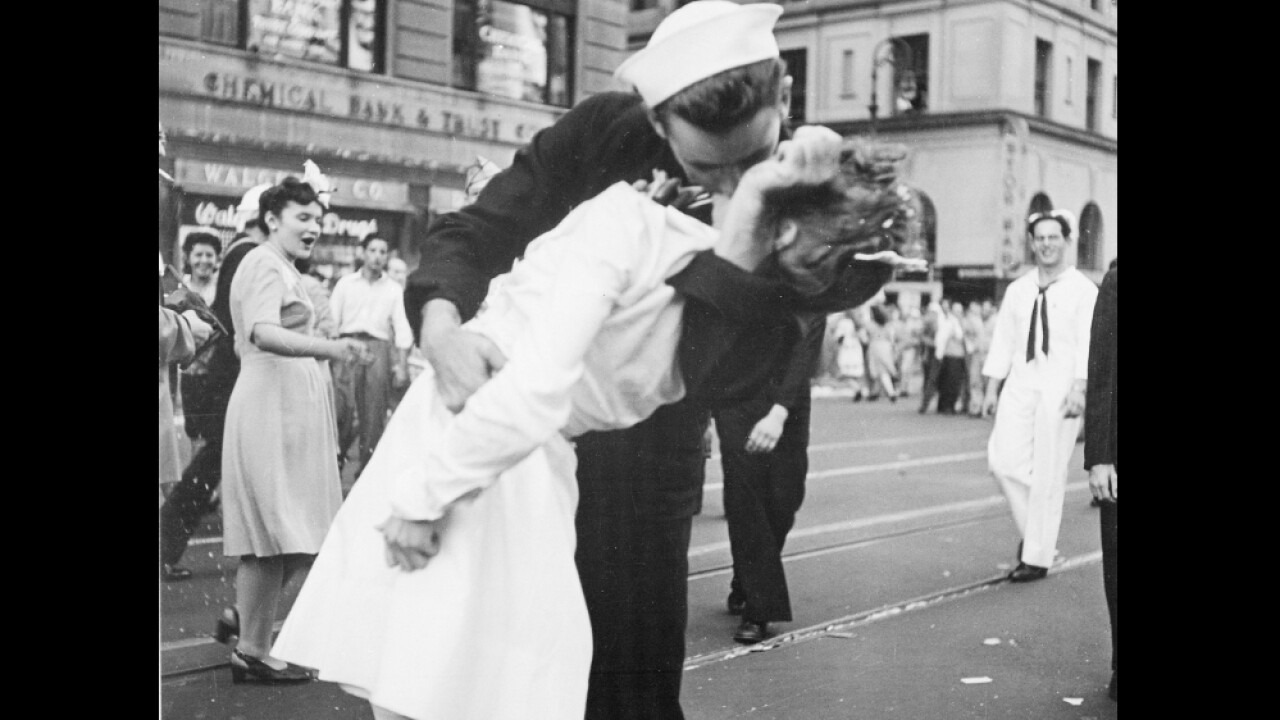 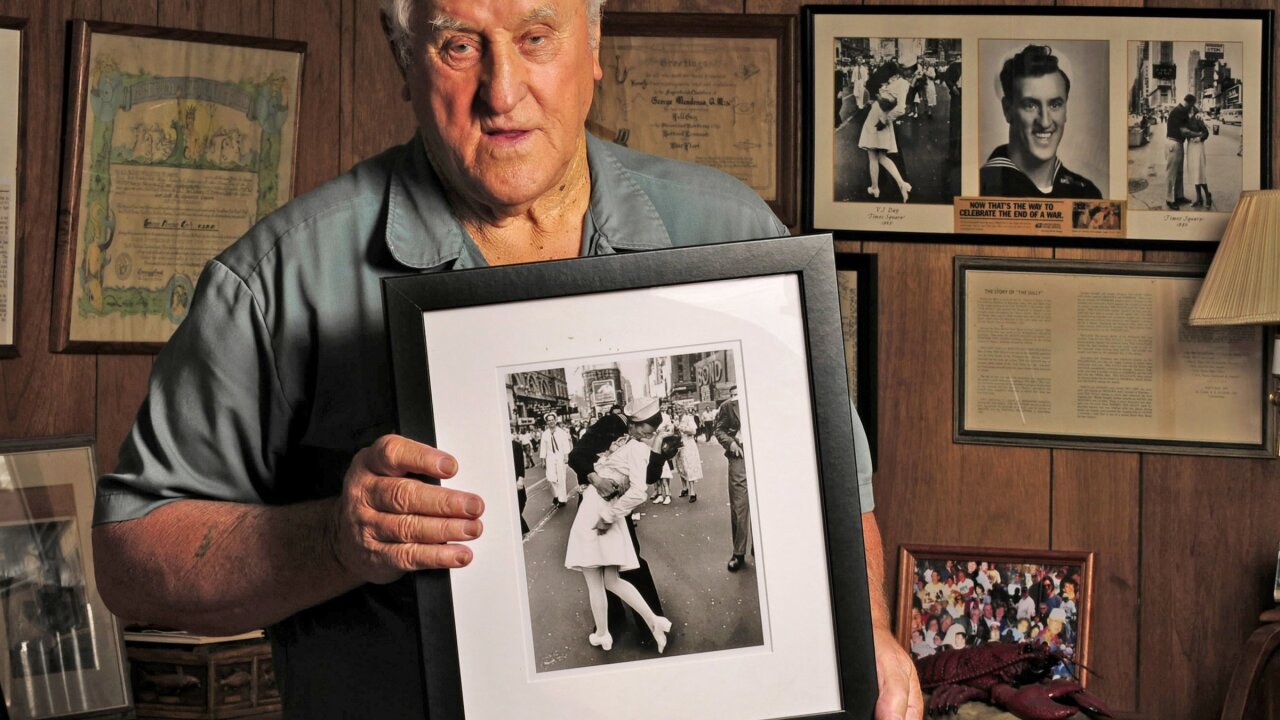 George Mendonsa, who maintained for decades that he was the sailor in an iconic 1945 Times Square photo, dubbed "The Kiss," that came to symbolize the end of World War II, has died, his family says. He was 95.

The veteran died early Sunday in Newport, Rhode Island, just two days before his 96th birthday, daughter Sharon Molleur told CNN. He will be buried at St. Columba Cemetery in his hometown of Middletown, Rhode Island, she said.

"When I look at that photograph, I just think of my dad's service, and how happy he was that it was all over," Molleur said.

Though Mendonsa never convinced Life magazine, which first published Alfred Eisenstaedt's photo , that he was the man in the picture, several sources over the years -- including the authors of "The Kissing Sailor: The Mystery Behind the Photo that Ended World War II" -- have concluded the smooching seaman is Mendonsa. The authors cited facial recognition technology and high-tech forensic reconstructions.

In a 2015 interview, Mendonsa told CNN that he never failed to convince anyone of the fact.

"And when I get through showing you the photos ... if you don't admit that, I'd say you're a phony bastard," he told a reporter who visited his Middletown home.

'We're all drinking and raising hell'

The picture, which has sparked numerous homages as well as admonitions from those who say it represents an unwanted sexual advance, was truly a product of its time.

It was taken August 14, 1945, shortly after news of Japan's surrender -- aka Victory Over Japan Day or V-J Day -- spread through New York's streets, a prelude to World War II's imminent end. Even the caption Life placed under the photo, known alternatively as "V-J Day in Times Square," speaks to the sexism tolerated in newsrooms during the era.

"In the middle of New York's Times Square a white-clad girl clutches her purse and skirt as an uninhibited sailor plants his lips squarely on hers," the caption says, describing the 21-year-old woman who, decades later, would be identified as Greta Friedman .

Mendonsa was on leave after a stint in the Pacific, he told CNN in 2015, and was on a first date with Rita Petry, who was related to his younger sister's new husband.

While taking in a matinee, a crowd outside Radio City Music Hall began pounding on the theater doors, shouting, "The war is over!" -- a cry that resonated through the building.

Mendonsa and Petry walked outside to find thousands of revelers in the streets. They stopped at a bar.

"The booze was flying, and I popped quite a few," he recalled. "We're all drinking and raising hell."

After leaving the bar, they found themselves in Times Square.

"So we get into Times Square and the war ends and I see the nurse," he remembers. "I had a few drinks, and it was just plain instinct, I guess. I just grabbed her."

It was actually a dental assistant. As Petry, with whom he would spend more than 70 years in marriage, looked on, Mendonsa planted one on the woman in white.

"I was in the background, grinning like a mutt," Petry told CNN in a 2005 interview. "It didn't matter to me."

'It wasn't that much of a kiss'

Mendonsa, 22 at the time, said he was overwhelmed with emotion upon hearing news of Japan's surrender -- "For Chrissake, the war is over!" he remembered thinking -- and he grabbed Friedman, who he mistook for a nurse, because he'd seen the nurses in action during the war and was appreciative of their work to save and heal his fellow troops.

It's a sentiment his daughter recalls hearing from her father.

"They ran out of the theater and began celebrating. Everyone was kissing everyone," Molleur said Monday. "He was so thankful for all the nurses that had helped all the wounded soldiers."

Friedman never saw the photo until the 1960s, and she recognized her hair, clothing and figure, she told the Veterans History Project in 2005 .

"Suddenly, I was grabbed by a sailor," she recalled. "It wasn't that much of a kiss. It was more of a jubilant act that he didn't have to go back."

The sailor was "very strong," she told the Veterans History Project. The smooch wasn't romantic, she said. It was more that the war was over, she said, and people were so thankful.

"He was just holding me tight. I'm not sure about the kiss," she said. "It was just somebody celebrating."

"People tell me that when I'm in heaven," Eisenstaedt once said , "they will remember this picture."