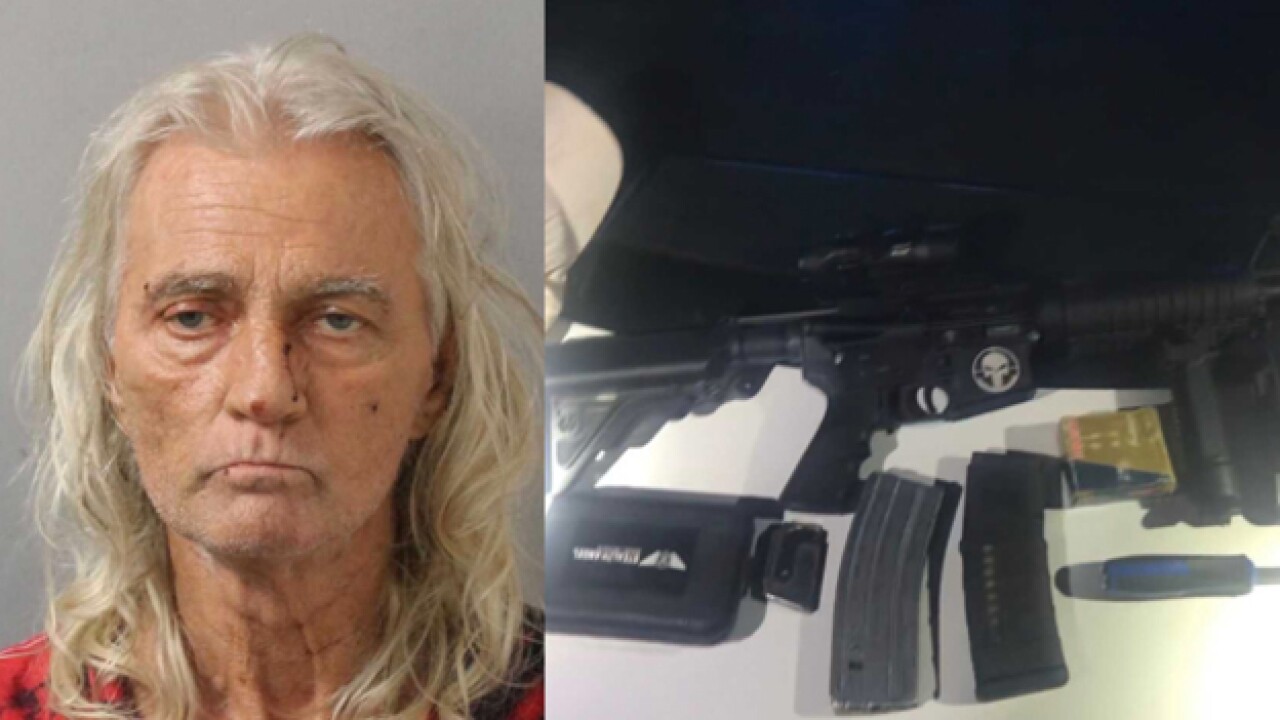 NASHVILLE, Tennessee — A 63-year-old man was caught walking in downtown Nashville carrying an AR-15 and magazines of ammunition.

Calls about Michael Ray Jenkins poured into the 911 center as he was seen walking with the weapon and ammo down the crowded Broadway Street around 10:30 p.m. local time May 31. Callers described a man with long hair wearing a tan hat on Broadway carrying the military-style rifle.

Metro Nashville Police officers canvassed and flagged down by folks telling them which way the gunman had traveled.

Officers found Jenkins with the AR-15 rifle in an alley behind 1641 Patterson St.

Jenkins, who has a history of burglarizing cars, broke into a vehicle parked at the DawgHouse Saloon on Demonbreun Street, found the AR-15 and ammunition magazines, stole the items, and started walking.

Jenkins was also found to be carrying a bent screwdriver and other items from the vehicle.

He was charged with auto burglary, possession of a burglary tool, and unlawful gun possession by a convicted felon. He was jailed in lieu of $24,000 bond.