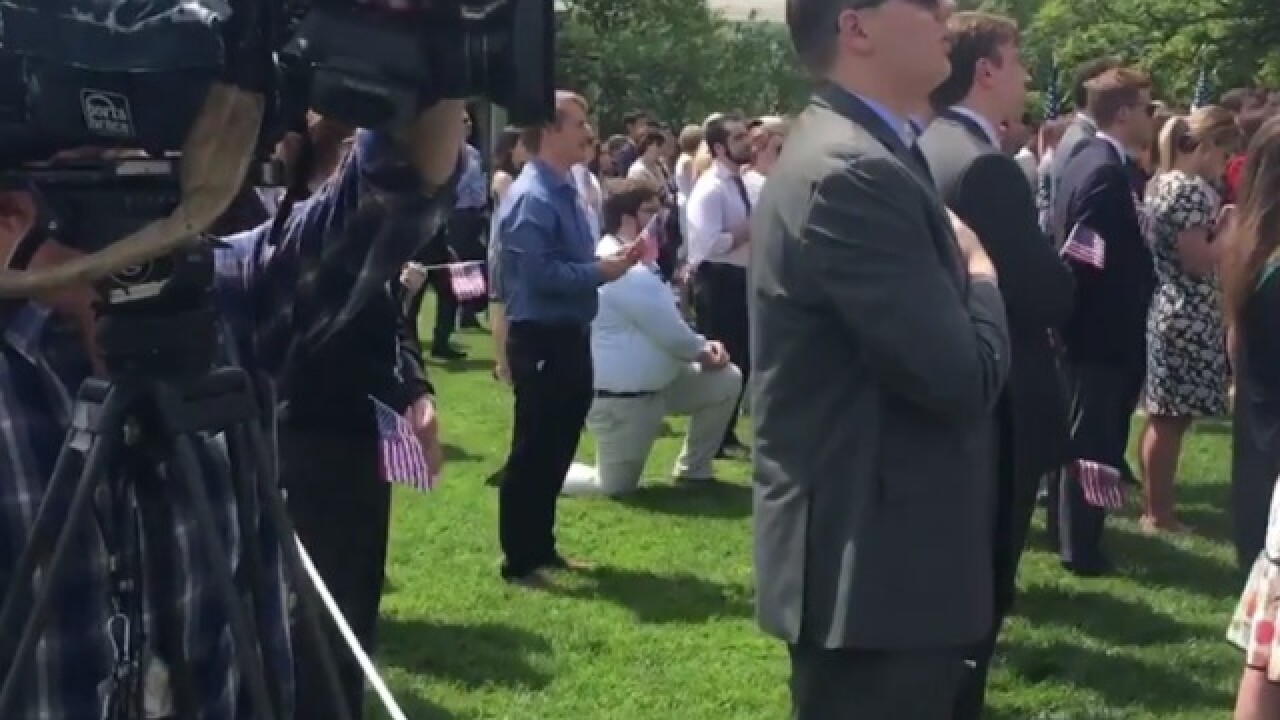 A spectator at Tuesday's White House "Celebration of America" took a knee during the playing of the national anthem, according to video taken by a nearby reporter.

The video was taken by Carina Bergfeldt, an American correspondent with SVT, Sweden's public television service.

The "Celebration of America" was held in place of a ceremony honoring the 2018 Super Bowl champion Philadelphia Eagles. Trump canceled the event late on Monday, citing the ongoing practice of NFL players taking a knee during the anthem in the face of racial injustice and police brutality. No Eagles player took a knee during the national anthem during the 2017 regular season or postseason.

The event was attended by a group of Eagles fans that were originally scheduled to attend along with the team.

Watch Bergfeldt's video in the player below.

A man takes a knee during Trump’s celebration. pic.twitter.com/zghJSk2YOu