Man plans to sue over conviction in 1957 killing 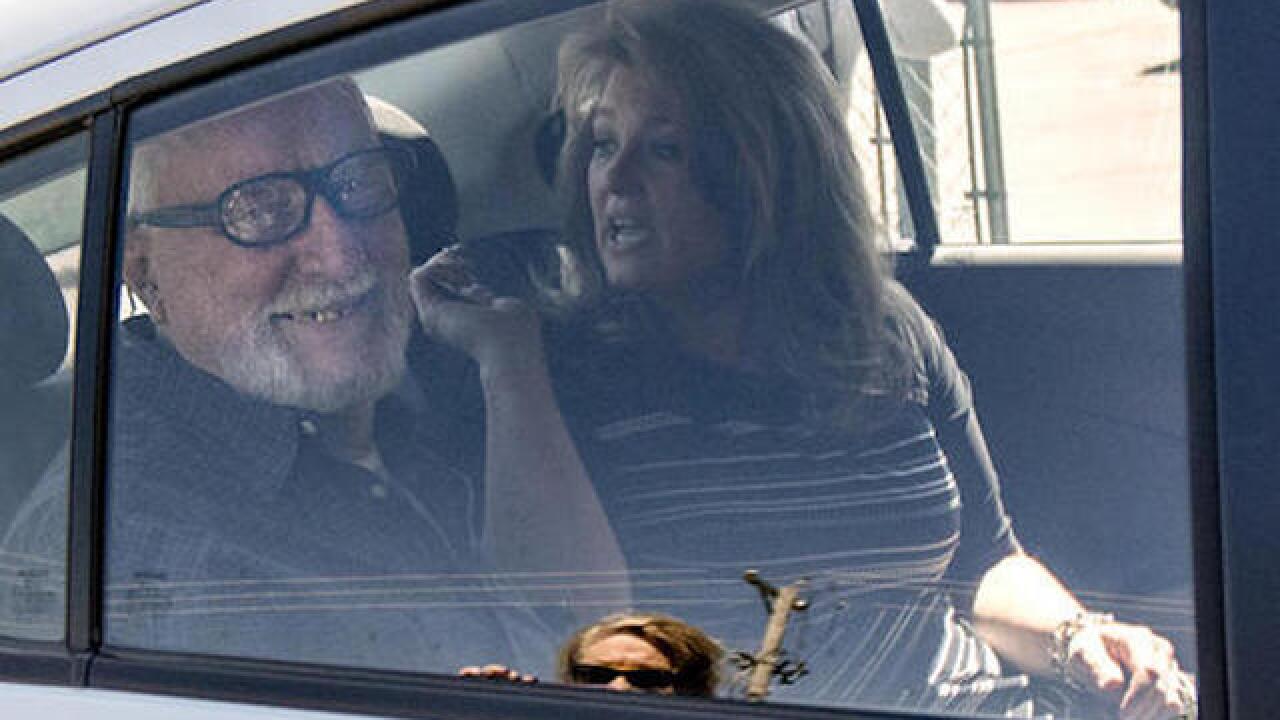 Daily Chronicle via AP
Danielle Guerra
<p>Jack McCullough, left, smiles from the backseat of his stepdaughter Janey O'Connor's rental car after he was released from the DeKalb County Jail in Sycamore, Ill., Friday, April 15, 2016. An Illinois judge vacated the conviction of the 76-year-old man in a 1957 killing and ordered his immediate release from prison Friday, meaning that one of the oldest cold cases to be tried in U.S. history has officially gone cold again. (Danielle Guerra/Daily Chronicle via AP) </p>

CHICAGO (AP) — A 76-year-old Washington state man released from prison after a prosecutor concluded he was wrongly convicted in the 1957 killing of a schoolgirl says he intends to sue Illinois for the suffering five years of imprisonment caused him and his family.

Jack McCullough, a former security guard and Vietnam veteran, spoke to The Associated Press for several hours on Sunday, his second full day of freedom. On Friday, a county judge ordered his release and vacated his 2012 conviction in the slaying of 7-year-old Maria Ridulph in Sycamore, Illinois.

McCullough described spending 23 hours a day locked in an 11-by-5-foot cell. While imprisoned, he wrote to the Illinois governor and the U.S. president, pleading for them to intervene. His letters were never answered, he said.

McCullough wasn't worried when he was first arrested in 2011 and his conscience was clear as he entered prison.

But the experience was still traumatic for him and his family, especially his wife.

"They didn't just punish me, they punished ... my whole family," he said by telephone from an acquaintance's home outside Sycamore. "I want the state to be (held) responsible."

DeKalb County State's Attorney Richard Schmack said in a filing last month that McCullough couldn't possibly have killed Maria. He said a review of old evidence and the discovery of some new evidence proved McCullough was 40 miles away at the time of Maria's abduction. Schmack, who became state's attorney only as McCullough's trial was ending, described the investigation and trial as deeply flawed.

McCullough said Sunday he thinks investigators wanted to be able to boast that they had a hand in securing a conviction in one of the oldest cold cases in the country to go to trial.

Maria's disappearance made headlines nationwide in the 1950s.

She had been playing outside in the snow with a friend on Dec. 3, 1957, when a young man approached, introduced himself as "Johnny" and offered them piggyback rides. Maria's friend dashed home to grab mittens, and when she came back, Maria and the man were gone.