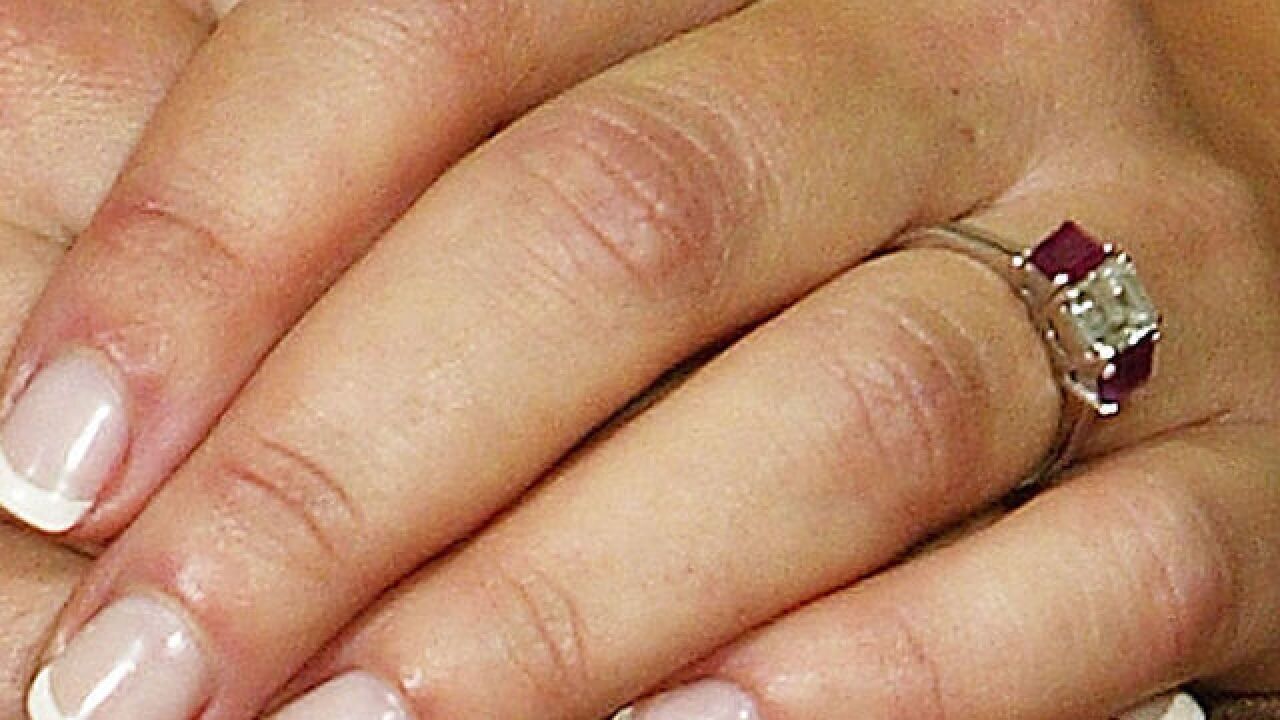 Copyright 2018 Scripps Media, Inc. All rights reserved. This material may not be published, broadcast, rewritten, or redistributed.
Scott Barbour
COPENHAGEN, DENMARK - OCTOBER 8: An engagement ring is seen on the finger of Mary Elizabeth Donaldson as she sits next to His Royal Highness Crown Prince Frederik of Denmark during a press conference at Fredensborg Castle October 8, 2003 in Copenhagen, Denmark. The pair were announcing their engagement, with the wedding between His Royal Highness The Crown Prince and Mary Elizabeth Donaldson set for May 14, 2004. (Photo by Scott Barbour/Getty Images)

WALNUT CREEK, Calif. (AP) — Authorities in Northern California say a man charged with burglary needed surgery to remove a stolen ring that he had swallowed while fleeing police.

The San Jose Mercury News newspaper reports the chase ended when the man, identified as 36-year-old Joel Steffensen of Martinez crashed his car into a fence at a rapid transit station last Thursday.

Walnut Creek police spokesman Lt. Lanny Edwards says a hospital X-ray showed a ring lodged in his esophagus. The resident of the home that was burglarized later identified the gold wedding band.

Prosecutors charged Steffensen with burglary, evasion of police officers and resisting arrest. It was not immediately known if Steffensen has an attorney.