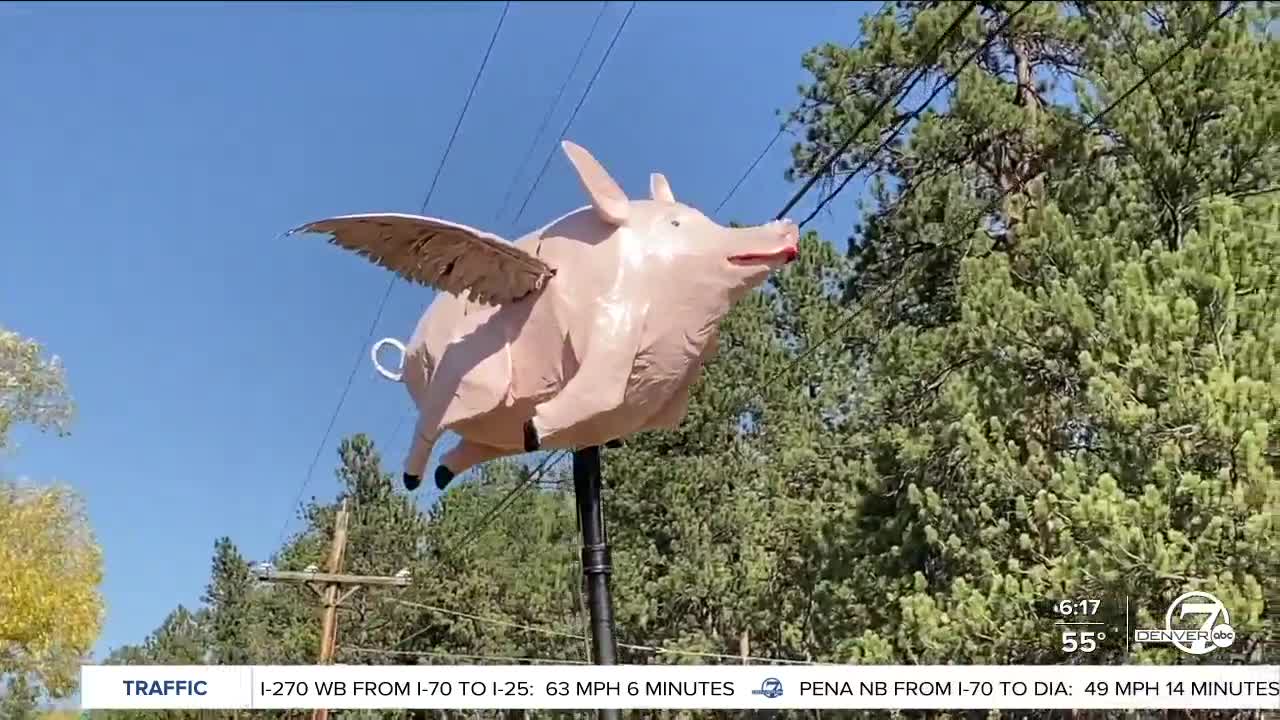 It’s easy to spot deer or wild turkeys along Parmalee Gulch Road north of Highway 285 in Jefferson County. But what's catching the eyes of speeding drivers now is a creature of myth and legend. 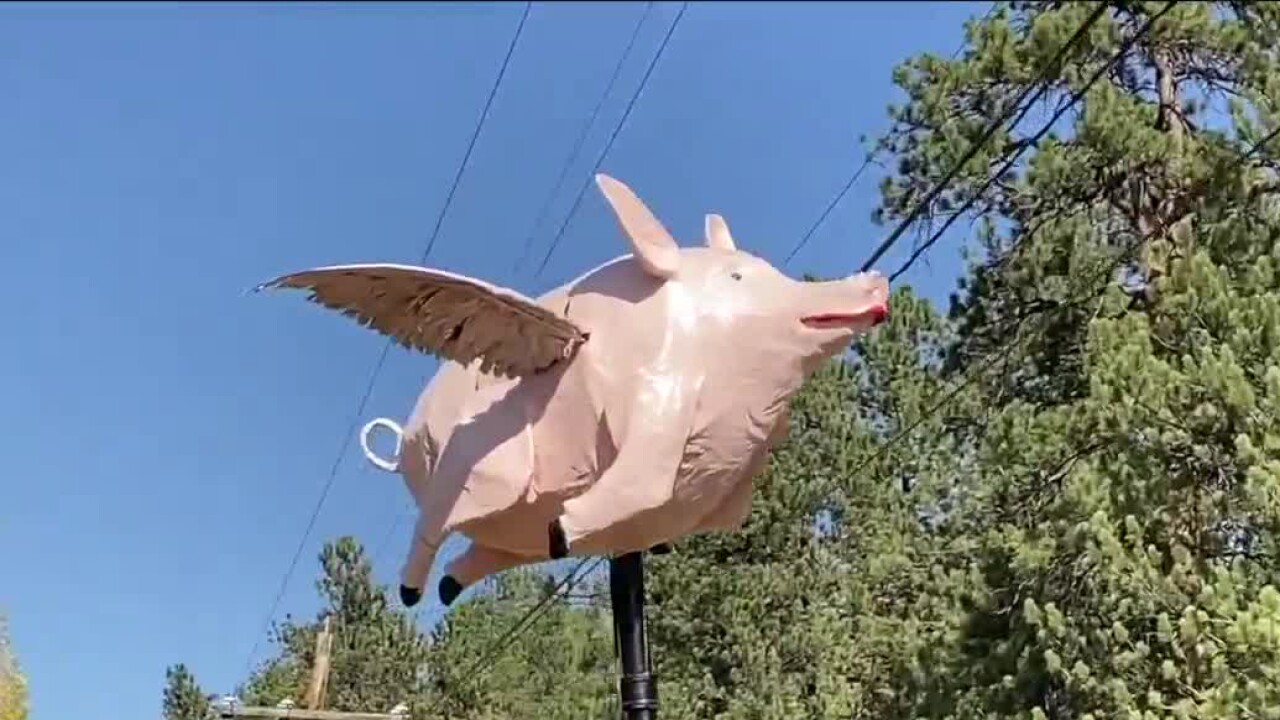 JEFFERSON COUNTY, Colo. — It’s easy to spot deer or wild turkeys along Parmalee Gulch Road north of Highway 285 in Jefferson County. But what's catching the eyes of speeding drivers now is a creature of myth and legend.

On Ron DiDonato's Indian Hills property is a 5-foot pink pig with wings that flap, attached to a 10-foot pole.

“I knew this would be an attention-getter and it definitely has been,” DiDonato said. “At first, I didn’t know if it was going to be good or not because they were stopping in the street to look at it."

DiDonato said he decided to create the flying pig to play off the saying that the only time traffic would slow down on Parmalee Gulch Road is when pigs fly.

“I couldn’t go out, couldn’t do anything, so I decided to do this just to slow the traffic down and it sure has helped,” DiDonato said. “I’m not an artist of any sort, so I did papier-mâché, and to make it weatherproof I fiberglassed it. Then painted it pink and put lipstick on it.”

Ron needed newspaper for his papier-mâché project, which his granddaughter helped with, so he contacted Terri Wiebold, publisher of the Castle Pines Connection.

“Having done some pandemic purging ourselves, The Castle Pines Connection had set aside some archived papers to recycle, and we were happy to oblige DiDonato’s request," Wiebold said.

DiDonato said so far, it seems to be working — people are so surprised to see the flying pig, they slow down to take it all in.

DiDonato said he blames the speeding problem on the growth that has been coming as fast as the drivers down these foothill roads and in this part of Jefferson County.

"If people post something or do something to help remind drivers to follow traffic laws and drive with safety in mind, we do not have a problem," he said. "The public should not attempt to enforce traffic laws themselves — that needs to be done by law enforcement agencies.”

DiDonato said he plans to leave it up all winter and for as long as it keeps working to slow down drivers who like to push well past the 30 mph speed limit on the straight stretch of road through his neighborhood.

“All my neighbors are really happy I did it. Maybe we’ll do some more," he said.

This story was first reported by Jayson Luber at KMGH in Denver, Colorado.