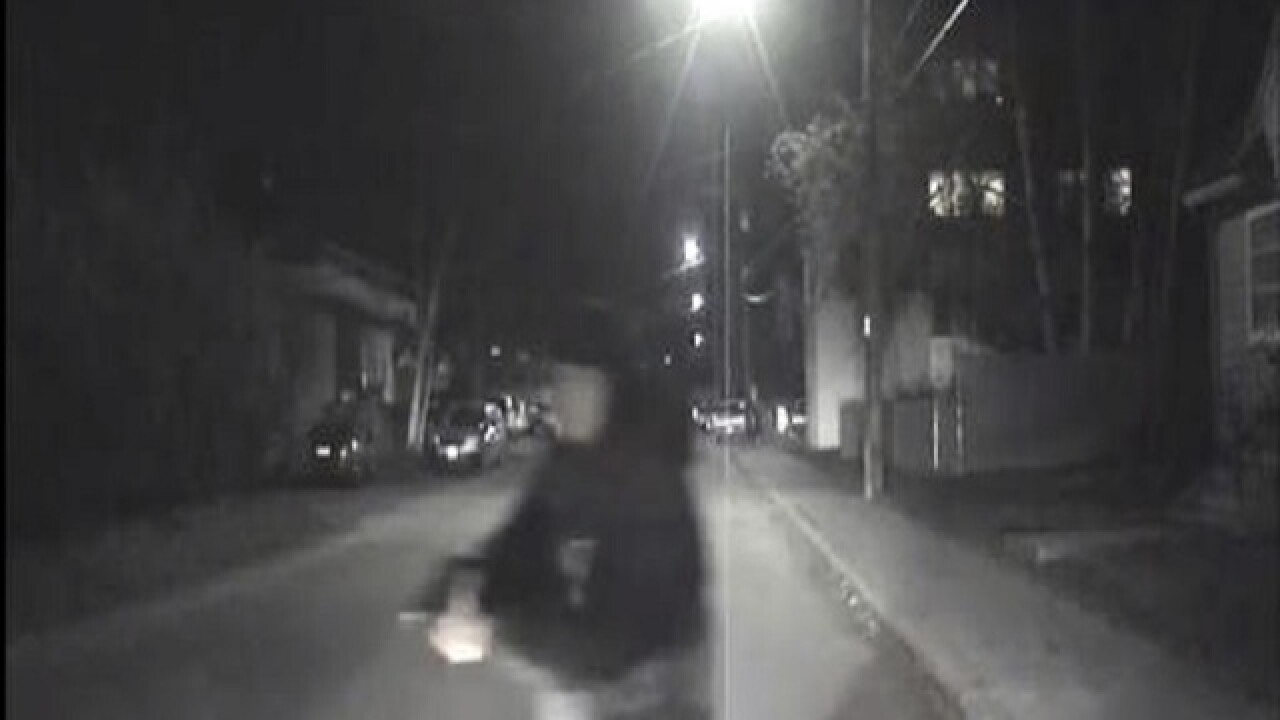 By: Associated Press
Posted at 8:19 PM, Oct 18, 2016
ANCHORAGE, Alaska (AP) — A 29-year-old man was arrested Tuesday in connection with a shooting that left an Alaska police officer seriously injured.
Anthony George Jenkins-Alexie was arrested Tuesday morning as he was walking on a local street, Fairbanks police said. Jenkins-Alexie has a "lengthy criminal history and has previously made threats toward law enforcement," Acting Fairbanks Police Chief Brad Johnson said at a news conference.
Jenkins-Alexie, of Fairbanks, is facing charges of attempted murder, assault, vehicle theft, tampering with evidence and theft of a firearm in connection with the shooting early Sunday of Sgt. Allen Brandt.
Johnson said there are no other suspects in the shooting besides Jenkins-Alexie.
"After interviewing him and based on his own admissions and significant corroborating evidence, I can assure the community that he acted alone and that there is no continuing threat to my fellow police officers or our citizens," Johnson said.
Brandt is recovering at an Anchorage hospital after he was struck four times in the legs, police said. Body armor protected Brandt from a shot to the chest, but bullet fragments struck the officer's eye, police said.
Brandt, an 11-year veteran, was shot as he responded to reports of shots fired in a residential neighborhood just east of downtown. He was among officers responding to the scene.
Brandt's dashboard camera records him slowing down as a man on a nearby sidewalk approaches with his hands at his side. As the patrol car stops, the man moves his right hand toward his coat pocket but continues out of the picture.
A few seconds later, the man, gripping a handgun with both hands, runs around the front of the car.
Brandt managed to fire back at the suspect, but police did not say at Tuesday's briefing if the suspect was hit. Police spokeswoman Yumi McCulloch did not have an immediate answer to the question.
Police have not released details of how Johnson exited the car or from where he returned fire.
The suspect drove off in the patrol car. Police found it roughly two blocks away. The dash cam shows the suspect again walking in front of the patrol car, illuminated by the vehicle's headlights.
Brandt moved off the street. He radioed his location and reported that he had been shot. Responding officers administered first aid.
The Fairbanks Daily News-Miner reported that Brenda Riley, a woman who lives nearby, was the first person to reach the injured officer. Riley, the executive director of the Fairbanks Children's Museum, said Brandt was conscious and radioing dispatchers when she arrived.
"I just held his head and did that mom thing of 'Look at me, look at me, stay with me,' " Riley told the newspaper.
Copyright 2016 The Associated Press. All rights reserved. This material may not be published, broadcast, rewritten or redistributed.