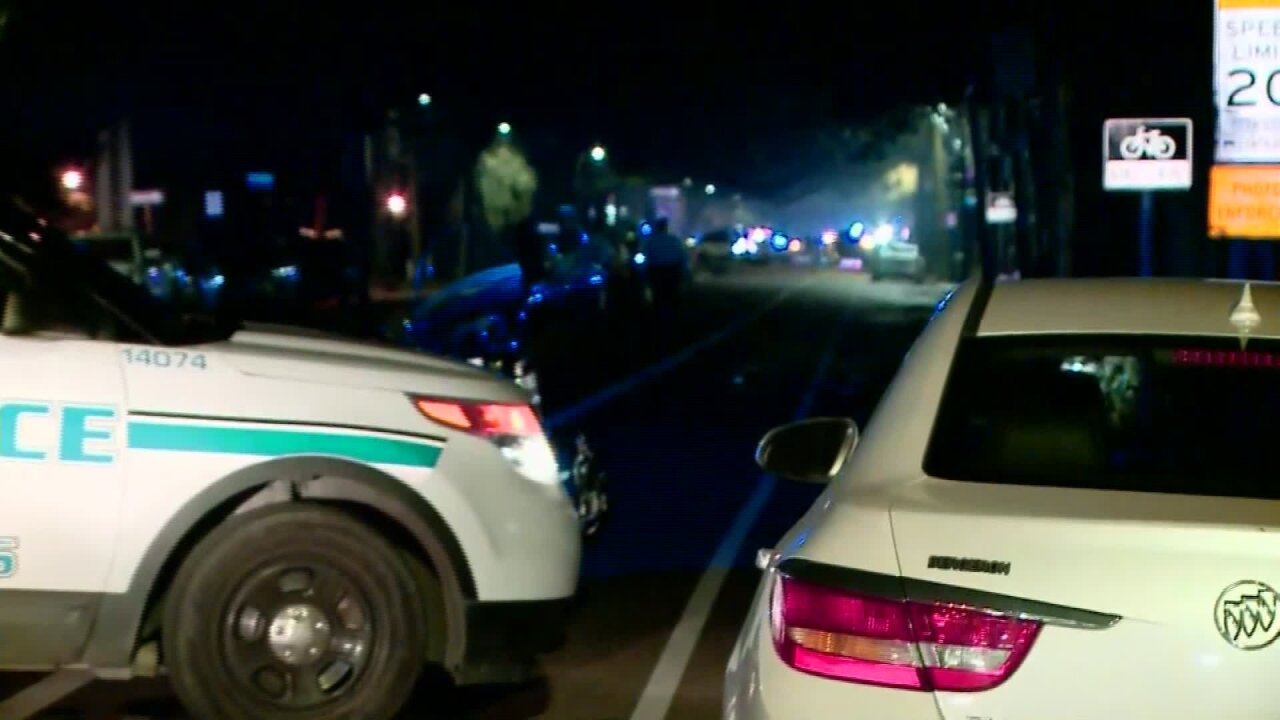 A car plowed into bicyclists and pedestrians on a street in New Orleans, killing two people and injuring six others as the city celebrates Mardi Gras festivities.

A majority of the people struck Saturday night were on bicycles, but it's unclear how many, Police Chief Shaun Ferguson said. Of the people injured, three are in critical condition.

Toney was not injured, and had originally fled the scene, Ferguson said

"We were able to apprehend the subject so quickly because citizens stopped this individual, because they thought they were helping someone who had just been involved in a one-car accident," Ferguson said.

Officers determined that the accident scene spanned several blocks of Esplanade Avenue. Earlier, police had said they are investigating whether the driver was intoxicated, and standard protocol involves breathalyzer and blood tests.

Police did not provide details on the people killed or injured. The Orleans Parish Coroner's Office will release the victims' identities after autopsies are completed and family members notified.

While no motive is currently known, the incident does not appear connected to the Endymion parade, a Mardi Gras-related activity that was happening nearby, Ferguson said.

The crash comes about two years after a drunken driver rammed into a crowd taking part in the Endymion parade, injuring at least 28 people. The driver in that 2017 crash, Neilson Rizzuto, was charged with vehicular negligence resulting in injury, and reckless operation and hit-and-run driving.

The Endymion parade is one of the most popular events leading up to Mardi Gras, which is Tuesday. Mardi Gras is a day of revelry that includes parades, parties and food before the Christian fasting season of Lent begins on Ash Wednesday. It marks the last day of the Carnival season.