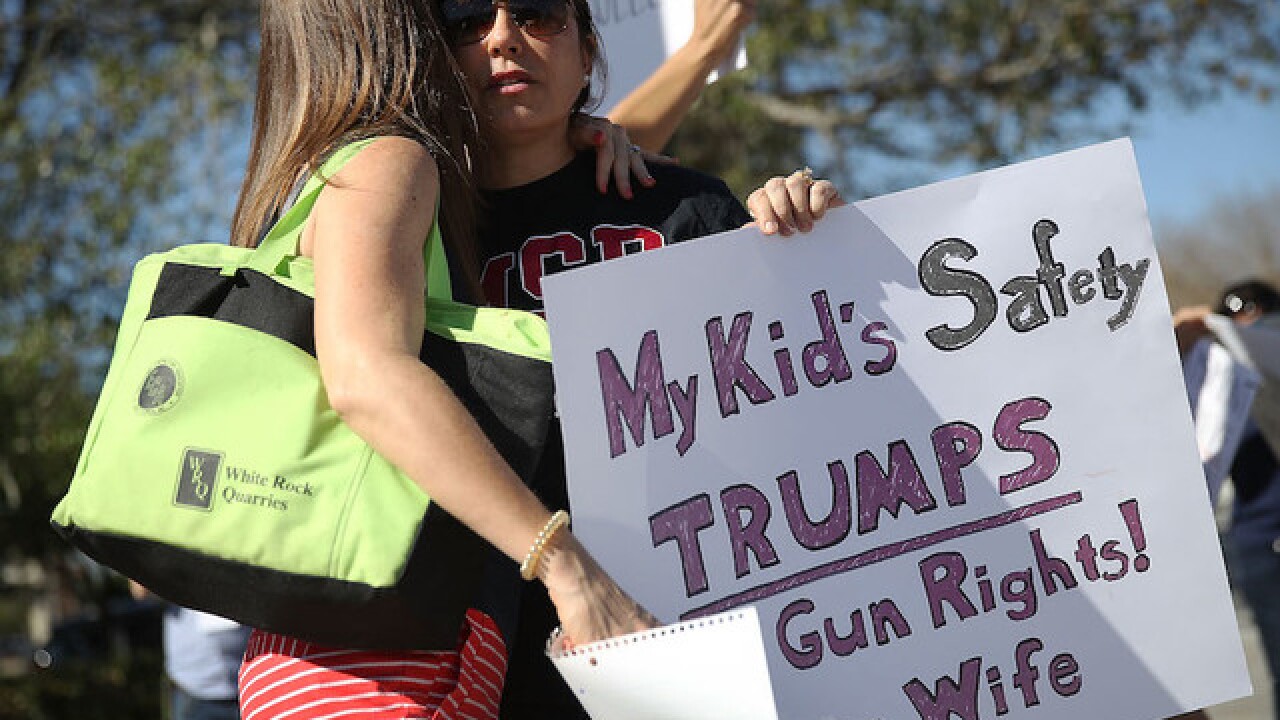 Copyright Getty Images
Joe Raedle
<p>PARKLAND, FL - FEBRUARY 17: Debby Stout (R) whose daughter was in the Marjory Stoneman Douglas High School when 17 people were killed is hugged as she joins with others as they protest against guns on February 17, 2018 in Parkland, Florida. Earlier this week former student Nikolas Cruz opened fire with a AR-15 rifle at the Marjory Stoneman Douglas High School killing 17 people. (Photo by Joe Raedle/Getty Images,)</p>

A top Republican donor vowed on Saturday to stop cutting checks for candidates and political groups that do not support a ban on assault weapons.

Real estate developer Al Hoffman Jr. told CNN's Ana Cabrera on Sunday that he would not give money to lawmakers if they did not spring into action, confirming he had sent an email to GOP leaders explaining his decision.

Hoffman's email came three days after a gunman killed 17 students and teachers at a Florida high school. The New York Times first reported about the email on Saturday.

"When the tragedy occurred, I heard it instantly on the television and I felt my heart just drop," Hoffman told Cabrera. "I felt I was holding my heart in my hands. The more I thought about it, the more I realized that what I had been doing, which was hounding elected officials to vote for better gun law control, was not going to happen. So I felt I had to do it on my own."

Hoffman told CNN he needed to reach out to every Republican donor across the country and persuade them to pass gun legislation. Hoffman emailed six GOP stalwarts, including Florida Gov. Rick Scott and former Gov. Jeb Bush, according to the Times.

"I have heard from a couple of them already. And they are endorsing the concept totally," Hoffman said. "And I'm still waiting to hear back from the others. But I believe we can start a movement of consensus here and be successful in achieving our objective."

"All I want to do is to restore sanity and adopt this assault weapon ban so that our children can get back in school and be safe and not get shot," he added.