For the first time, a black woman is elected mayor of San Francisco 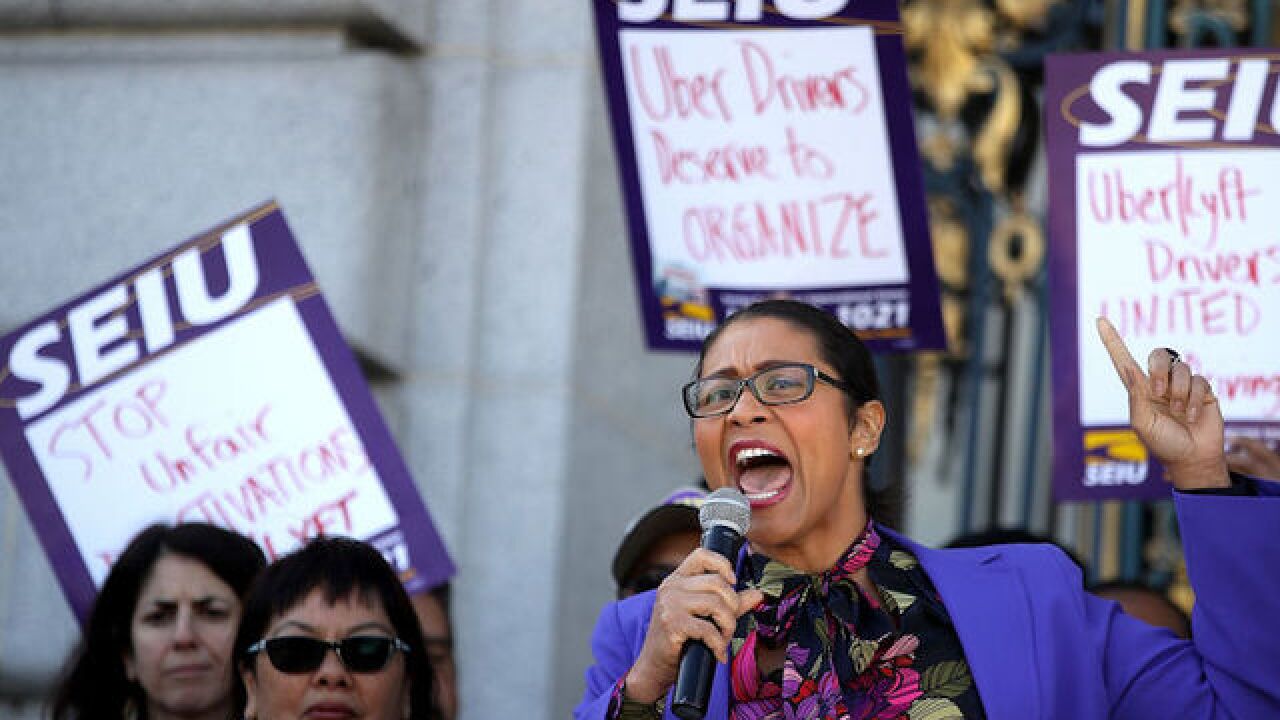 Image copyright 2018 Getty Images. All rights reserved. This material may not be published, broadcast, rewritten, or redistributed.
Justin Sullivan
<p>San Francisco Board of Supervisors President London Breed speaks to union members during a rally outside of San Francisco City Hall on February 26, 2018 in San Francisco, California. Hundreds of union members held a rally outside of San Francisco City Hall as the US Supreme Court begins to hear oral arguments in the Janus V. AFSCME case that union memebers and supporters claim would limit their right to union representation by allowing members to not pay dues but still receive representation. </p>

For the first time, an African-American woman has been elected mayor of the city of San Francisco.

London Breed reached the milestone on Wednesday, when her opponent conceded a tight mayoral race. Breed will serve until 2020, finishing the term of the late Mayor Ed Lee, who died in December at age 65.

At a short news conference, Breed, 43, praised Lee and thanked her supporters, as well as the other candidates, including Mark Leno, a former state senator who conceded the race hours earlier. She struck an optimistic tone about the city's future.

"I am so hopeful about the future of our city, and I am looking forward to serving as your mayor. I am truly humbled and I am truly honored," she said.

She also acknowledged the competitive race: "Whether you voted for me or not, as mayor, I will be your mayor too."

Earlier on Wednesday, Leno called Breed to congratulate her.

"She is a remarkable young woman," Leno said. "She is going to do a very fine job and we all wish her the best because her success is San Francisco's success."

Leno and Breed, both Democrats, faced off in a primary election held June 5. At one point, Leno pulled ahead in the count, but as more ballots were tallied, Breed took the lead.

With the results neck-and-neck, the San Francisco Department of Elections began counting nearly 14,000 provisional ballots this week. As of Wednesday, it's still processing approximately 6,700 ballots and Breed held the lead by 2,177 votes.

After Lee's death, she became acting mayor, making her the city's first black female chief executive. But weeks later, the majority of the Board of Supervisors voted to remove Breed from the temporary position in a surprising move that sparked outrage from African American supporters.

Those who voted for Breed's removal said she wielded too much of an advantage, as both the Board of Supervisors president and acting mayor, while running for the permanent mayoral job.

In January, Breed was ousted and Mark Farrell, a Board of Supervisors member, was appointed acting mayor by fellow board members to serve until the election, CNN affiliate KGO reported.

'You can do anything you want to do'

Breed referenced her humble beginnings in her news conference.

Born in San Francisco, Breed was raised by her grandmother in the city's public housing and attended public schools. She worked as an executive director of the African American Art and Culture Complex for over a decade, before becoming involved in public office, according to her biography.

Breed said her grandmother "probably had a hand in this, looking down from the heavens."

Her grandmother "took care of the community. She took care of me even on days when I didn't deserve it," Breed said.

When asked to reflect on the milestone of being the first African-American woman to be the city's mayor, she said: "It's really amazing, and it's really an honor ... I know it means so much to so many people."

"I'm a native San Franciscan -- I grew up in some of the most challenging of circumstances," she said. "I think the message that this sends to the next generation of young people growing up in this city, that no matter where you come from ... you can do anything you want to do."