Linkin Park: 'Our hearts are broken' over Chester Bennington death 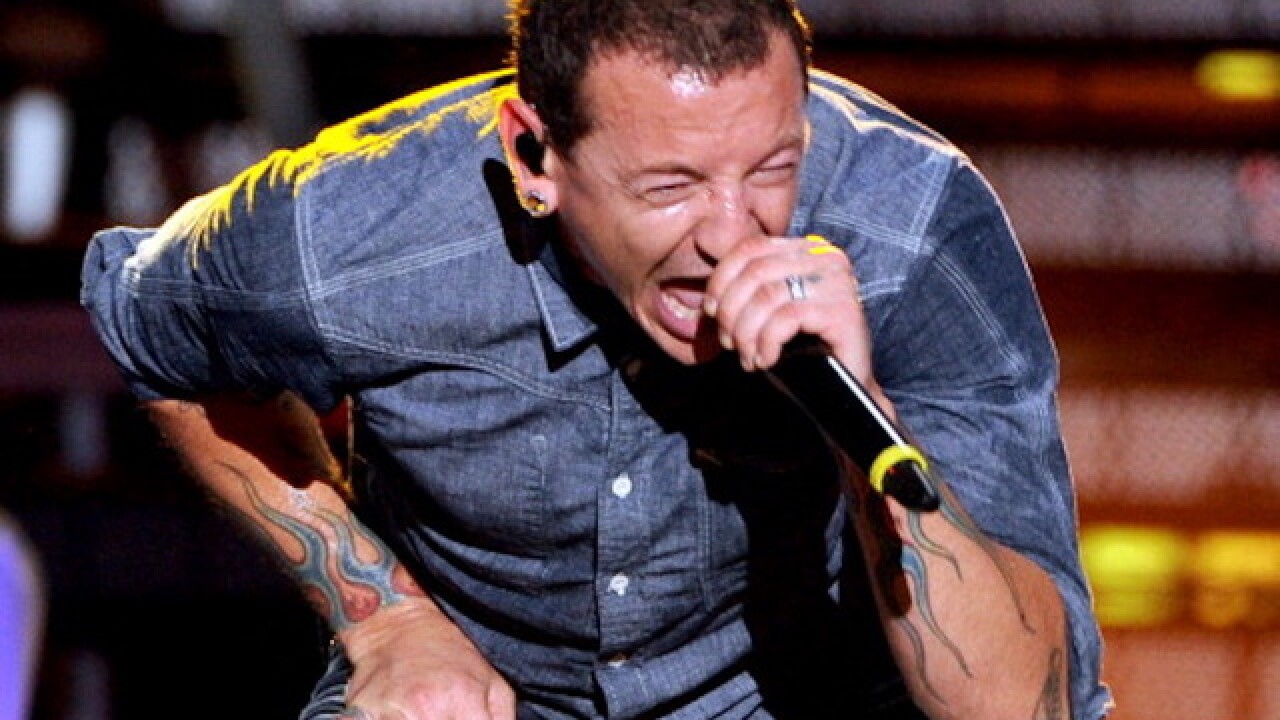 Image copyright 2017 Getty Images. All rights reserved. This material may not be published, broadcast, rewritten, or redistributed.
Kevin Winter
<p><b>CHESTER BENNINGTON</b>, 41 (Died: July 20, 2017) — Bennington was the frontman for alternative metal bank Linkin Park for nearly two decades. The Phoenix native joined the band, then known as Xero, in 1999. His vocal chemistry with co-lead vocalist Mike Shinoda led the band to two Grammy awards, one in 2002 and one in 2006. Bennington was found dead on July 20, dead of an apparent suicide.</p><p> </p><p> </p><p> </p>

"Our hearts are broken," the letter posted on their official Facebook page read. "The shockwaves of grief and denial are still sweeping through our family as we come to grips with what has happened."

Authorities are treating Bennington's death as an apparent suicide after he was found dead last week in Palos Verdes Estates, California. Bennington was 41.

The band talked of the support they have received from around the world in the wake of Bennington's death. The singer, they wrote, "touched so many lives, maybe even more than you realized."

They added that Bennington's family wants "the world to know that you were the best husband, son, and father; the family will never be whole without you."

"Your absence leaves a void that can never be filled -- a boisterous, funny, ambitious, creative, kind, generous voice in the room is missing," the note read.

Bennington's death came on the heels of the suicide of his good friend, Chris Cornell, two months ago.

The Linkin Park singer was found dead on what would have been Cornell's birthday.

Linkin Park was to begin a tour this week in Massachusetts, but that was canceled after Bennington's death.

"Our love for making and performing music is inextinguishable," the band wrote. "While we don't know what path our future may take, we know that each of our lives was made better by you. Thank you for that gift. We love you, and miss you so much."