Letter from San Diego-bound Titanic survivor up for auction 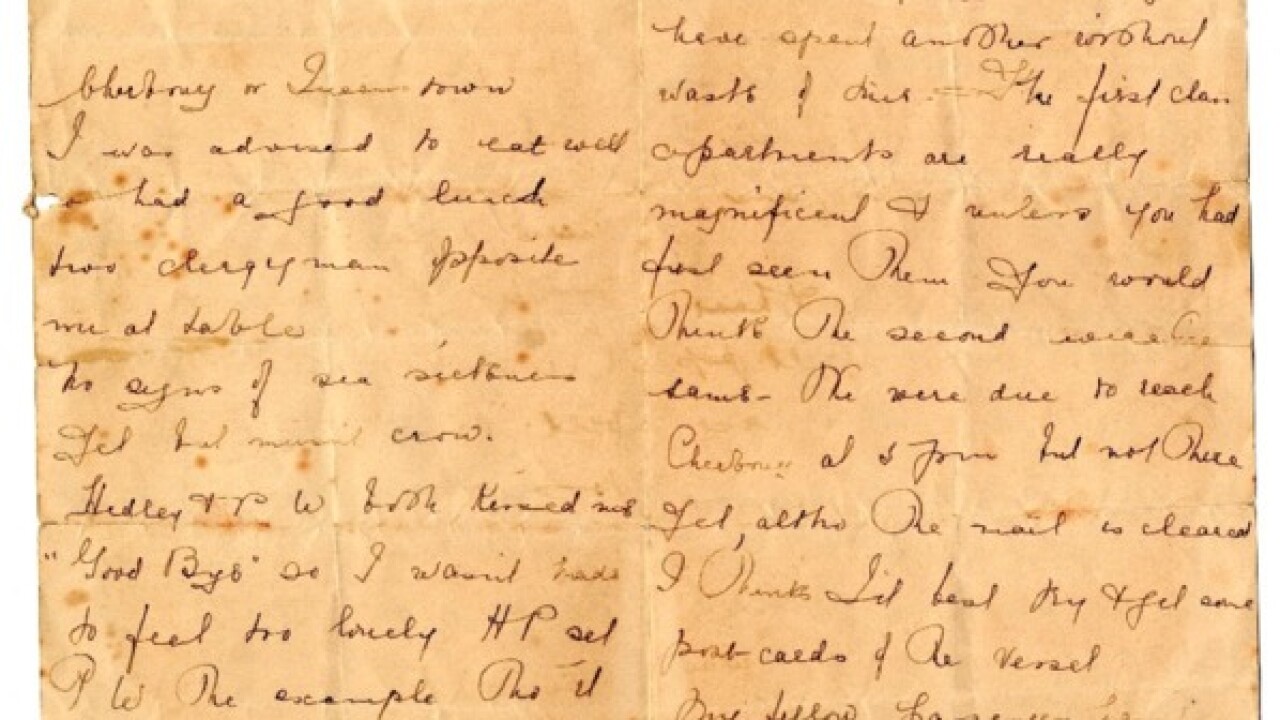 Copyright 2018 Scripps Media, Inc. All rights reserved. This material may not be published, broadcast, rewritten, or redistributed.
Contributed: Henry Aldridge and Son 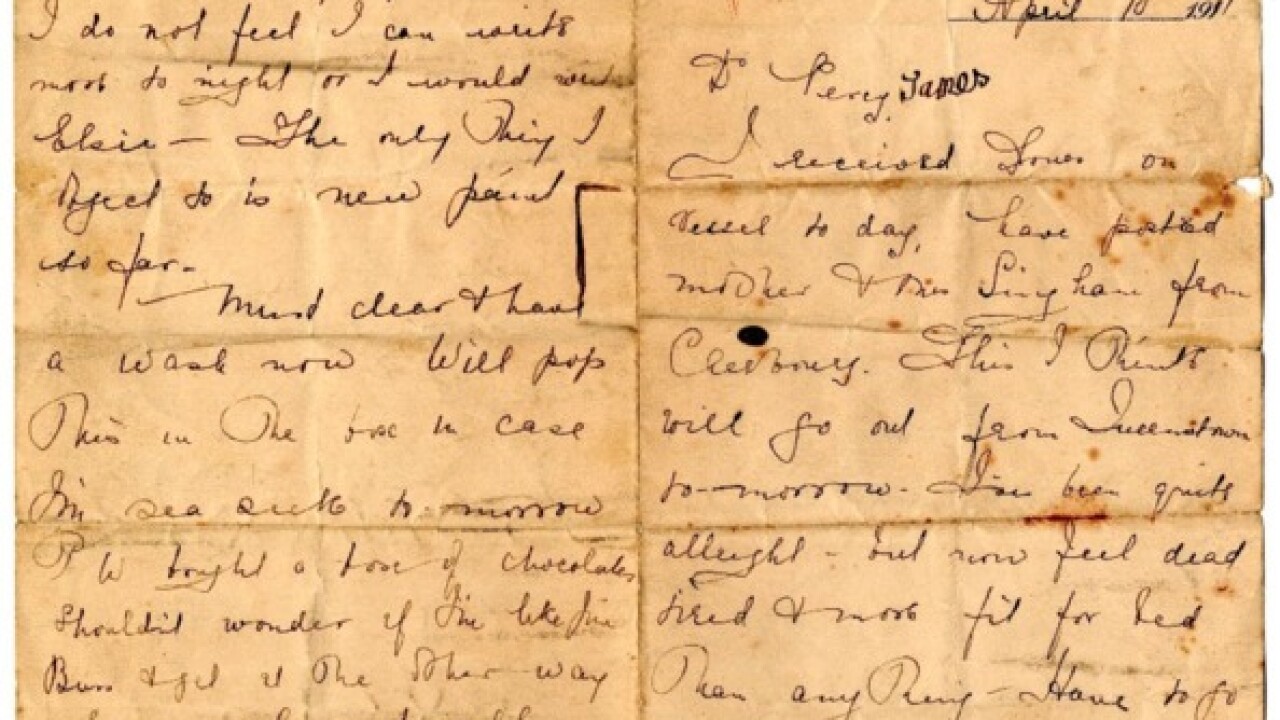 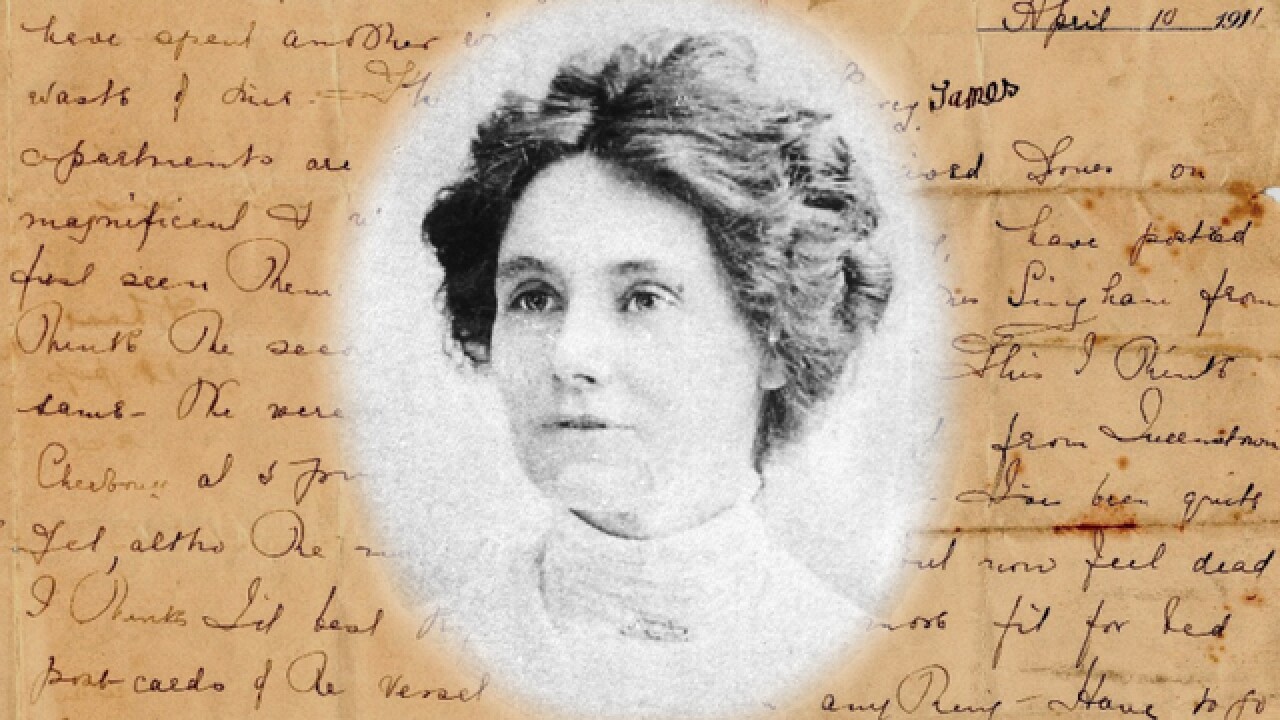 (KGTV) - A historic letter sent from perhaps history's most famous ship by a passenger bound for San Diego is hitting the auction block.

A letter from a survivor aboard the Titanic was recently listed by the English auction house Henry Aldridge and Son. Passenger Kate Buss, who was reported as heading for San Diego to marry her fiance, penned the letter more than 106 years ago.

The letter dated April 10, 1912, remains in surprisingly great condition and gives readers a glimpse into life on the famed ship.

In it, Buss writes to her brother, Percy, about her time on the Titanic, how she had experienced "no sign of sea sickness" yet, the unfortunate smell of fresh paint, and the "magnificent" sight of the ship's first-class apartments:

I received yours on vessel today, have posted mother & Mrs Lingham from Cherbourg. This I think will go out from Queenstown tomorrow. I've been quite alright - but now feel dead tired & more fit for bed than anything. Have to go to dinner-tea in half an hour, Percy to.

Mr Peters spent about an hour on the vessel + they might easily have spent another without waste of time. The first class apartments are really magnificent & unless you had first seen them you would think the second class were the same. We were due to reach Cherbourg at 5pm, but not there yet altho the mail is cleared. I think I'd best try & get some postcards of the vessel. My fellow passenger hasn't turned up yet, so if she is coming it will be from Cherbourg or Queenstown. I was advised to eat well so had a good lunch - two clergymen opposite me at table. No sign of sea sickness yet - I mustn't crow. Hedley & P.W. both kissed me goodbye so I wasn't made to feel too lonely. HP set PW the example tho' it was done quite as a matter of course without a word. I've only sent Mrs Lingham a card I'm so fearfully tired I do not feel I can write more tonight or I would write to Elsie - The only thing I object to is new paint so far.

Must clear & have a wash now. Will pop this in the post in case I'm sea sick tomorrow. PW brought a box of chocolates - shouldn't wonder if I'm like Jim Buss & get it the other way. Give my love to all enquirers - must go.

The Titanic would sink in the North Atlantic Ocean five days after Buss wrote her letter and just four days into the maiden voyage from Southampton to New York City.

Buss was saved on lifeboat nine when the vessel, Carpathia, rescued survivors following the Titanic's sinking. Buss was the last person to be offloaded from the lifeboat due to her fear of heights, according to Henry Aldridge and Son.

After the Titanic, Buss eventually arrived in San Diego to marry Samuel Willis on May 11, 1912, according to Encyclopedia Titanica. The couple had only one child, a daughter named Sybil, while in San Diego. By the time of the 1930 census, the couple had moved to Santa Monica, Calif., and eventually Pasadena, Calif.

Buss died at the age of 96 on July 12, 1972, at a nursing home in Polk, Oreg., according to the encyclopedia. She had followed her daughter to Oregon to be closer together.