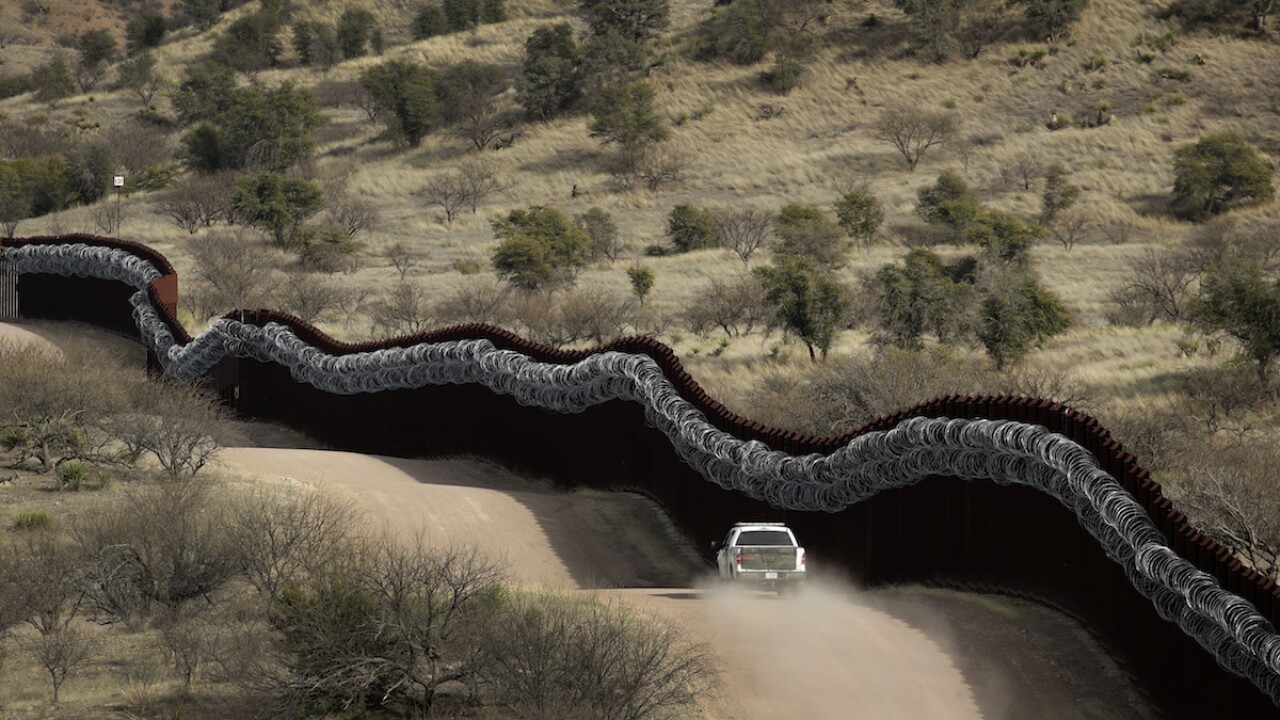 Copyright 2019 The Associated Press. All rights reserved.
Charlie Riedel/AP
FILE - This March 2, 2019, file photo, shows a Customs and Border Control agent patrolling on the US side of a razor-wire-covered border wall along the Mexico east of Nogales, Ariz. A North Dakota construction company favored by President Donald Trump has received the largest contract to build a wall along the U.S.-Mexico border. The Army Corp of Engineers also said there was no set date to start or complete construction, which will take place near Nogales, Arizona and Sasabe, Arizona. (AP Photo/Charlie Riedel, File)

PHOENIX (AP) — A North Dakota construction company favored by President Donald Trump has received the largest contract to date to build a section of Trump's signature wall along the U.S.-Mexico border.

U.S. Sen. Kevin Cramer of North Dakota confirmed Wednesday that the award went to Fisher Sand and Gravel Co., which was investigated by the Department of Defense Inspector General after receiving a separate $400 million contract last year.

Cramer said the company will build 42 miles of border wall through "really tough terrain in the mountains" in Arizona.

Cramer said the company offered the lowest price for the project.

He did not know how many companies bid.