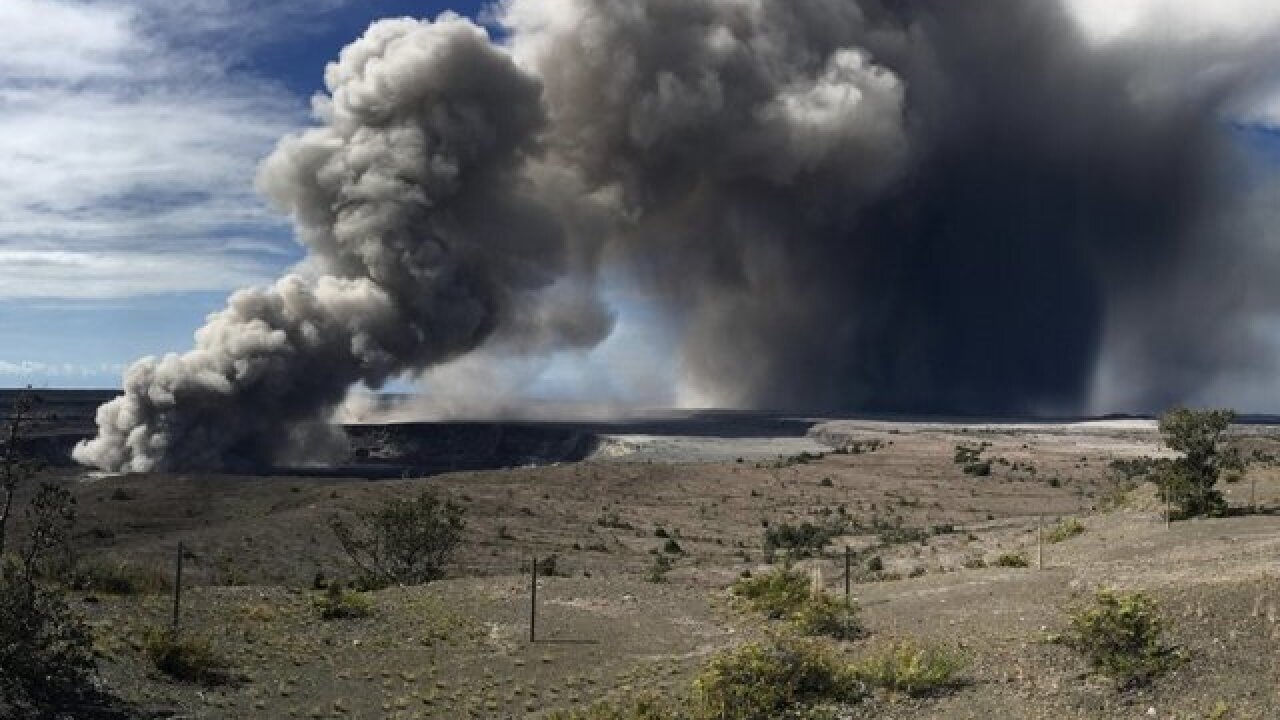 A small explosion from the Halema'uma'u crater in Hawaii's Kilauea volcano at about midnight local time created an ash cloud that reached up to 10,000 feet, according to an alert from the Hawaiian Volcano Observatory.

More explosive events like the one on Friday could make for minor amounts of ashfall downwind at any time, and volcanic ash emissions remain high.

The agency urged residents near Highway 137 to be ready for voluntary evacuations should the threat grow.

Resident Ikaika Marzo said the lava flow has left him and his neighbors rattled. It sounds like 10 or 20 jets taking off from your backyard at the same time, he told the affiliate.

"It's been like hell," he said. "It's like huge grenades going off. It shakes the whole community."

Volcanic gas emissions at the summit remain high and additional explosions are possible at any time, the observatory said.

'It's hard to believe'

Steve Gebbie lives in Leilani Estates, one of the hardest-hit areas. He said watching the lava destroy homes in his subdivision has been surreal.

When the Kilauea volcano erupted May 3, he joined hundreds of others forced from their homes in the subdivision. His home is still standing, but it's surrounded by toxic gas.

"It's hard to believe that it's happened in our neighborhood," said Gebbie, who's lived in the subdivision for 12 years. "And every day has gotten worse."

The lush green jungle has turned into rotten, yellow vegetation. Sections of streets that disappeared under the lava two weeks ago now look like a river of black molten rock.

More cracks on the ground

Fissures, or cracks in the ground, are opening up, with a 22nd one reported Friday, the Hawaii Volcano Observatory said. In a Saturday morning status report, the observatory said the rate of lava has increased between Friday and Saturday.

Fissure 17 is fountaining, the observatory said, and fissures 16 through 20 have merged, forming "a continuous line of spatter and fountaining."

The lava flow from these fissures is very active and is advancing at rates up to 300 yards per hour, the observatory said. The flow from fissure 18 is moving more slowly, with fissure 17 moving even slower.

Lava has destroyed 40 structures so far, according to the Hawaii County Civil Defense.

The sulfur dioxide was thick afterward near the Hawaii Volcanoes National Park, enveloping the area in a dense fog that smelled of rotten eggs. In Pahoa, the earth sounded like it was cracking wide open as lava spattered and exploded from fissures.

US Geological Survey scientists said they expect the eruptions to continue.

"At any time, activity may again become more explosive, increasing the intensity of ash production and producing ballistic projectiles near the vent," the agency said.