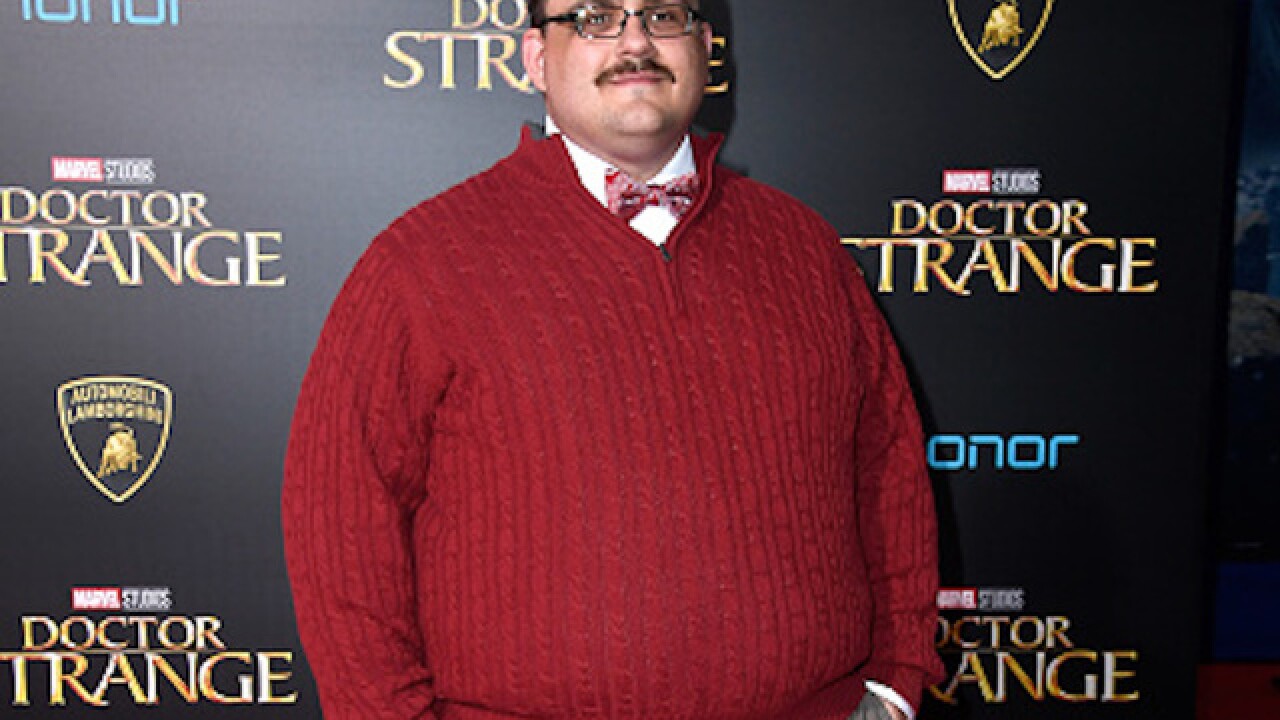 Ken Bone, who became an internet sensation in 2016 after asking a question at a presidential debate, claims his son was briefly suspended from school after Bone posted a photo of his son shooting a gun at a range under supervision.

The incident began last week, when Kyle Kashuv — a student at Stoneman Douglas High School who has become a gun rights activist in the wake of a February shooting at his school — tweeted a photo of himself firing a gun at a range. Kashuv claims he was later questioned by law enforcement for the tweet.

It was great learning about our inalienable right of #2A and how to properly use a gun. This was my first time ever touching a gun and it made me appreciate the #Constitution even more. My instructor was very informative; I learnt a lot. #2A is important and we need 2 preserve 2A pic.twitter.com/4rcOZbpl88

On Tuesday, Bone responded to Kashuv with a photo of his son, Logan Bone, also learning to shoot a gun.

"Here's a pic of my son learning to shoot safely under my supervision. Maybe those security guys want to talk to him," Bone said, in an apparent reference to Kashuv's situation.

Here's a pic of my son learning to shoot safely under my supervision. Maybe those security guys want to talk to him. pic.twitter.com/tLAfnVJv9z

On Thursday, Bone tweeted that his son had been "suspended from school pending a police investigation."

Remember this photo from a few days ago? Well, a school administrator saw it and now my son is suspended from school pending a police investigation. pic.twitter.com/tTXSBDo39g

According to the St. Louis Post-Dispatch, the Belleville (Missouri) Police Department took a report about Bone's twitter account. According to the Belleville News-Democrat, St. Clair County Regional Superintendent Susan Sarfat also confirmed that a tweet had prompted an investigation by both the school and the local police department.

Bone told the News-Democrat that he was "furious." He said the photo he tweeted was two years old, that he had rented the SCAR-17 semiautomatic rifle from a gun range and that the weapon had been fired under supervision.

“There was no specific threat noted in the tweet, but there was ambiguous language that raised our concerns,” a letter to parents of Logan's school stated, according to the News-Democrat. “In order to best protect our students, we have referred the matter to the Belleville Police for further investigation. As you know, we have strengthened our school security in the last several months and we will continue to work hard to ensure everyone’s safety.”

Bone tweeted on Friday that Logan's suspension had been lifted and that he was cleared to attend school on Monday.

Just talked to the principal of my son's school. He is cleared to return to school on Monday. Thanks for all the kind words and support, I'm glad this got resolved so quickly.