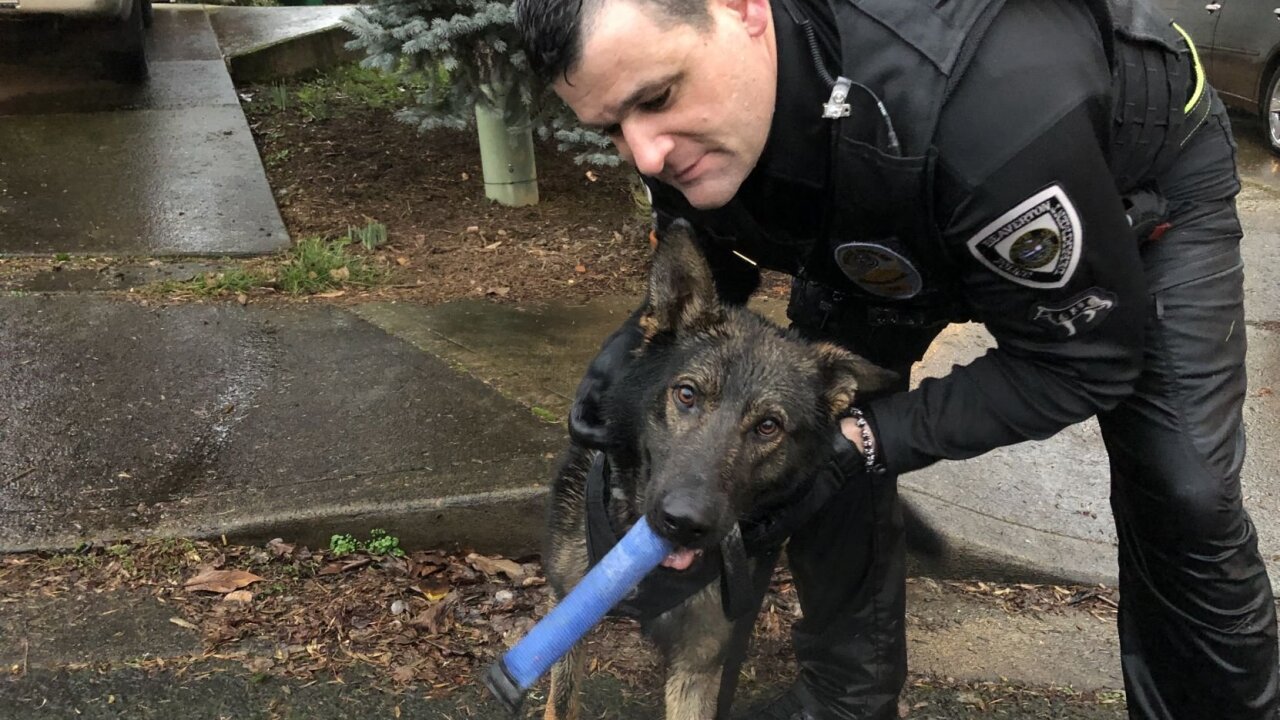 Beaverton police arrested Emmitt Bannister, 23, after they say he refused to pull over and later ran from officers near Southwest Murray Boulevard and Southwest 6th Street.

Police responded to reports of a suspected DUII driver a bit before 2:40 p.m. Officers say a 911 caller told them Bannister was driving erratically and endangering other drivers.

Later, police say Bannister explained to officers that he was running late to work.

Bannister when he saw officers led a short vehicle pursuit before running from his 1996 Chevrolet Caviler, leaving the car in neutral and allowing it to hit a patrol vehicle, causing minor damage, according to officers.

K9 Rizzo and his handler started searching for Bannister and found him about an hour-and-forty minutes later after someone called 911 to report Bannister hiding in their backyard near Southwest Redbud Way and Southwest 6th Street.

Police arrested Bannister and say he was trying to hide under the homeowner’s deck when they found him.

Police say Bannister, who lives in unincorporated Washington County, had a misdemeanor warrant out of Umatilla County for a parole violation regarding an assault on a public safety officer.