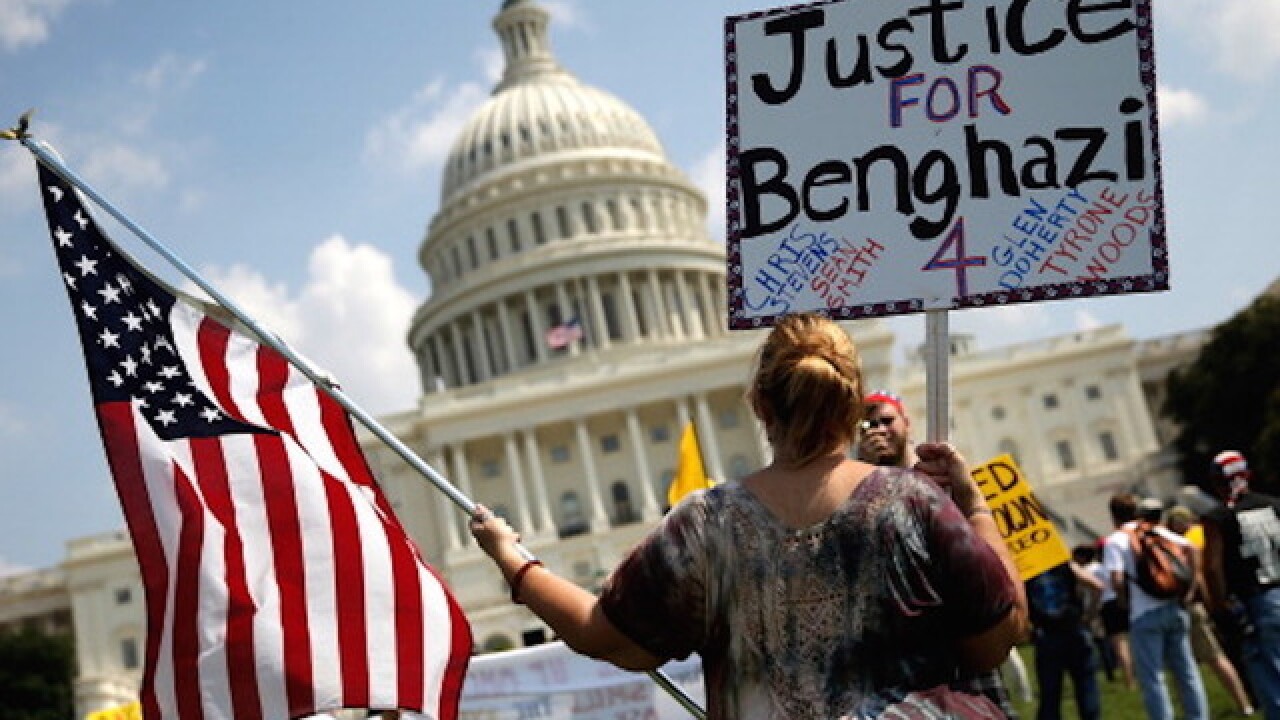 Win McNamee
<p>WASHINGTON, DC - SEPTEMBER 11: Jennifer Brandt holds signs during a "Call to Action" rally held by various conservative organizations on the grounds of the U.S. Capitol, marking the one year anniversary of the attacks on the U.S. compound in Benghazi September 11, 2013 in Washington, DC. U.S. Ambassador Chris Stevens, Sean Smith, Glen Doherty and Tyrone Woods were all killed during the attacks last year. (Photo by Win McNamee/Getty Images)</p>

WASHINGTON (AP) — The Justice Department will not seek the death penalty against Ahmed Abu Khattala, the suspected Libyan militant charged in the Benghazi attacks that killed a U.S. ambassador and three other Americans, federal officials announced Tuesday.

The department revealed its decision in a court filing that provided no explanation.

His attorneys had been imploring the Justice Department to remove the death penalty as a possibility if Khattala is ultimately convicted at trial.

Khattala, captured by U.S. special forces in Libya two years ago and brought to the U.S. aboard a Navy ship, has been awaiting trial in federal court in Washington in connection with the September 2012 violence at a diplomatic compound in Benghazi.

Prosecutors have described him as a ringleader of the attacks, which quickly emerged as a political flashpoint and became the topic of congressional hearings involving Democratic presidential candidate Hillary Clinton, who was secretary of state at the time of the rampage.

The 18-count indictment arises from a burst of violence that began the night of Sept. 11, 2012, at a State Department diplomatic compound, an attack prosecutors say was aimed at murdering American personnel and plundering maps, documents and other property from the post. U.S. Ambassador Chris Stevens was killed, along with Sean Patrick Smith, a State Department information management officer.