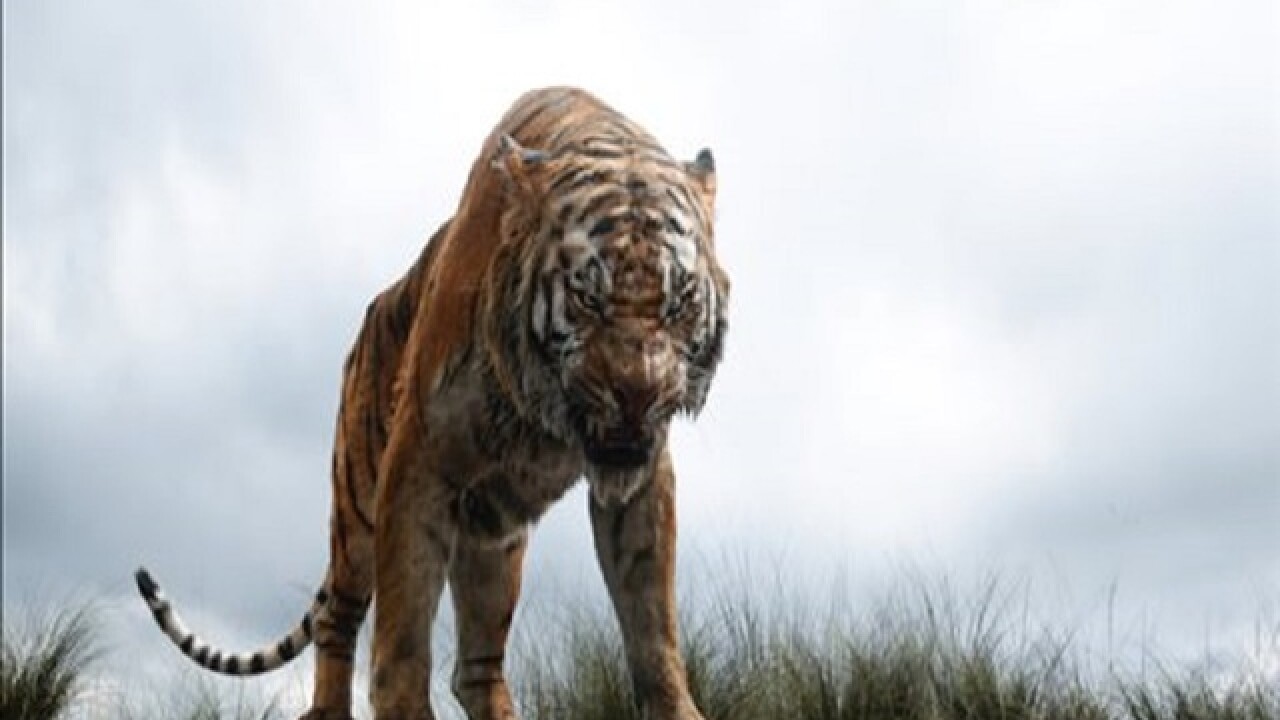 Disney
<p>In this image released by Disney, Shere Khan the tiger, voiced by Idris Elba, appears in a scene from, "The Jungle Book." (Disney via AP)</p>

BEVERLY HILLS, Calif. (AP) — While Disney's "The Jungle Book" dominates the box office, the team responsible for getting the word out also got their due at the Golden Trailer Awards. The film won a top four honors at the annual celebration of movie marketing, held Thursday night in Beverly Hills.
Warner Bros. picked up the most prizes for an individual studio with 11 awards for achievements like best comedy trailer for "Keanu." Disney followed with 10, only two of which were for "Star Wars: The Force Awakens," even though the release of the film's trailers and posters became veritable cultural events.
Wayne Brady hosted the lively ceremony, which keeps things light with awards like trashiest poster for "Dirty Grandpa."
The best of show prize went to a spot for the Academy Award-winning film "Spotlight."o taxes.
Associated Press 2016