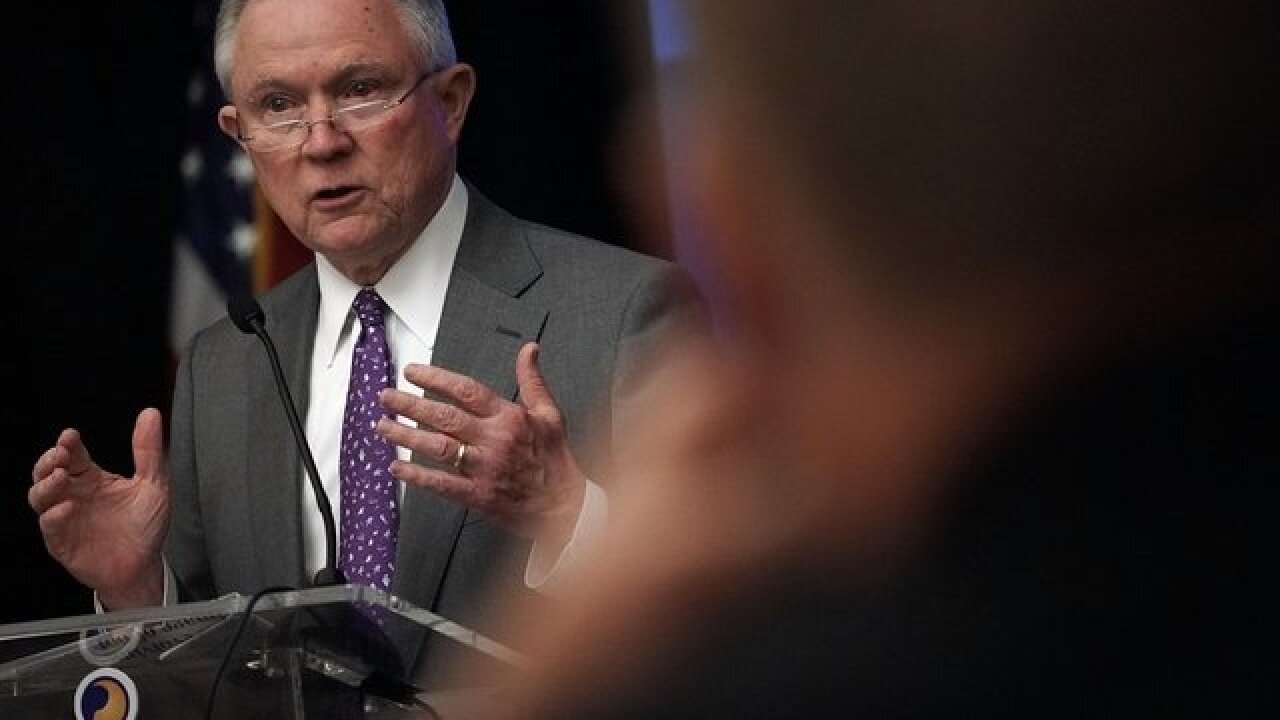 A federal judge on Thursday erupted at the Trump administration when he learned that two asylum seekers fighting deportation were at that moment being deported and on a plane to El Salvador.

DC District Judge Emmet Sullivan then blocked the administration from deporting the two plaintiffs while they are fighting for their right to stay in the US -- reportedly excoriating the administration and threatening to hold Attorney General Jeff Sessions in contempt.

The government raced to comply with the court's order, and by Thursday evening the immigrants had arrived back in Texas after being turned around on the ground in El Salvador.

Sullivan agreed with the American Civil Liberties Union that the immigrants they are representing in a federal lawsuit should not be deported while their cases are pending.

The emergency hearing in the case turned dramatic when attorneys discovered partway through the hearing that two of their clients were on a plane to El Salvador.

During court, Sullivan was incensed at the report that one of the plaintiffs was in the process of being deported, according to the ACLU and The Washington Post. Sullivan demanded to know why he shouldn't hold Sessions in contempt, according to the Post and the recollection of lead ACLU attorney Jennifer Chang Newell.

Chang Newell said the administration had pledged Wednesday that no one in the case would be deported until at least midnight at the end of Thursday. But during a recess in the proceedings Thursday, she got an email from attorneys on the ground in Texas that her client, known by the pseudonym Carmen, and Carmen's daughter had been taken from their detention center that morning and deported. After investigating during recess, she informed government attorneys and Sullivan what had happened.

"He said something like, 'I'm going to issue an order to show cause why I shouldn't hold the government in contempt, I'm going to start with the attorney general,' " Chang Newell said, explaining that Sullivan was suggesting he would issue an order that would require the government to explain why they didn't deserve to be held in contempt. Such an order has yet to be issued by the court.

He ordered the plane turned around or the clients brought back immediately, the ACLU said.

"This is pretty outrageous," Sullivan said, according to the Post. "That someone seeking justice in US court is spirited away while her attorneys are arguing for justice for her?"

"I'm not happy about this at all," he continued, adding it was "not acceptable."

The lawsuit was brought by immigrants only referred to by their pseudonyms in court: Grace, Mina, Gina, Mona, Maria, Carmen and her daughter J.A.C.F. and Gio.

After the hearing, Sullivan issued an emergency order halting the deportation of any of the immigrants as he considers whether he has broader authority in the case.

Sullivan also ordered that if the two being deported were not returned, Sessions, Homeland Security Secretary Kirstjen Nielsen, Citizenship and Immigration Services Director Lee Francis Cissna and Executive Office for Immigration Review Director James McHenry would have to appear in court and say why they should not be held in contempt.

The lawsuit brought by the ACLU is challenging a recent decision by Sessions to make it nearly impossible for victims of domestic violence and gangs to qualify for asylum in the US. That decision was followed by implementation guidance from the Department of Homeland Security that almost immediately began turning away potentially thousands of asylum seekers at the southern border.

According to their lawsuit, Carmen and her young daughter came to the US from El Salvador after "two decades of horrific sexual abuse by her husband and death threats from a violent gang." Even after Carmen moved away from her husband, he raped her, stalked her and threatened to kill her, the lawsuit states. Further, a gang held her at gunpoint in May and demanded she pay a monthly "tax" or they would kill her and her daughter. Carmen knew of people killed by their husbands after going to police and by this gang and thus fled to the US.

But at the border, the government determined after interviewing her that she did not meet the "credible fear" threshold required to pursue an asylum claim in the US, and an immigration judge upheld that decision.

The ACLU is using Carmen's story and the similar experiences of the other immigrants to challenge Sessions' ruling on asylum.