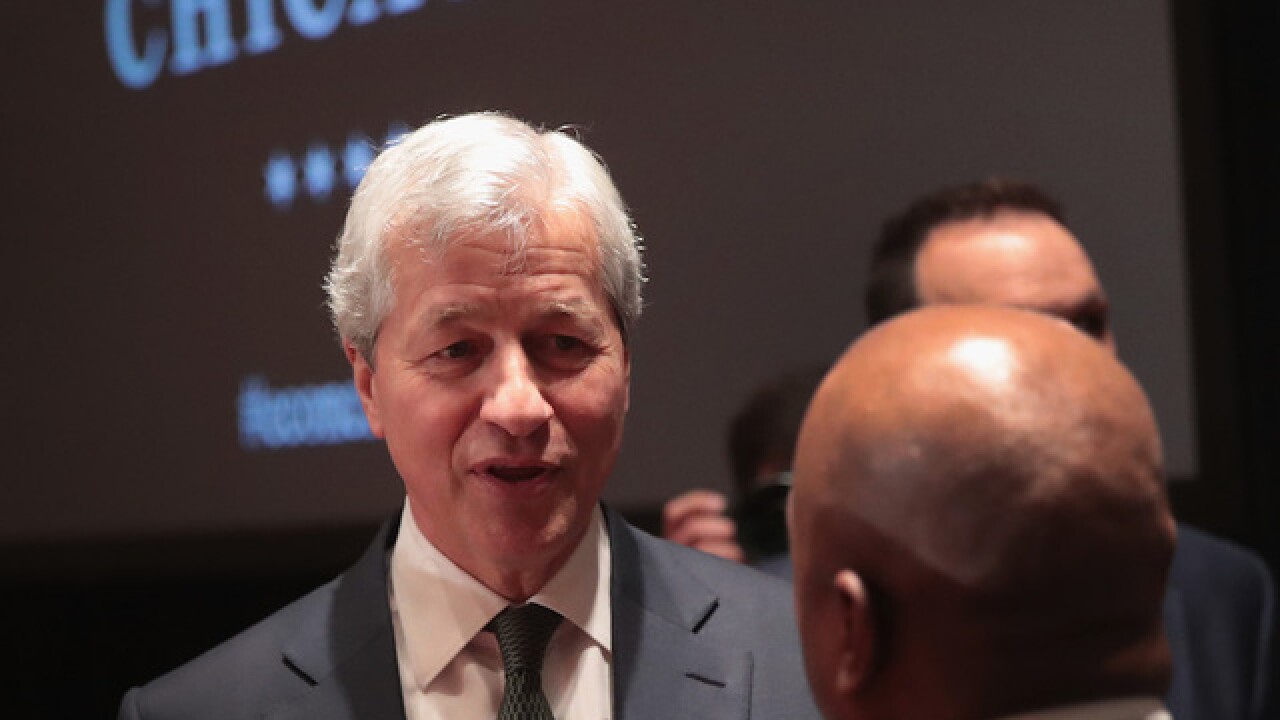 Copyright Getty Images
Scott Olson
<p>CHICAGO, IL - NOVEMBER 22: Jamie Dimon, chairman and CEO of JPMorgan Chase &amp; Co, greets guests after speaking at a luncheon hosted by The Economic Club of Chicago on November 22, 2017 in Chicago, Illinois. Dimon has been in charge of JPMorgan Chase since 2005. (Photo by Scott Olson/Getty Images)</p>

You can count JPMorgan Chase CEO Jamie Dimon as another big fan of President Trump's corporate tax cut -- even though it cost his company more than $2 billion last quarter.

Dimon called tax reform "a significant positive outcome for the country" in a statement released with the bank's earnings report Friday.

"U.S. companies will be more competitive globally, which will ultimately benefit all Americans," Dimon added. "The cumulative effect of retained and reinvested capital in the U.S. will help grow the economy, ultimately growing jobs and wages."

Dimon also said that the company would increase and accelerate some of its investments in employees. He didn't elaborate but that could be code for wage increases and/or special bonuses.

Still, the tax cut approved by Congress and signed into law by Trump late last year did cut into JPMorgan Chase's profit in the fourth quarter.

Earnings fell 37% from a year ago, to $4.2 billion. That was mainly due to one-time charges totaling $2.4 billion. The bank had to write down the value of its deferred tax assets -- JPMorgan's tax rate is about to go down, making those assets worth less. Other banks are expected to do the same when they report their fourth quarter results.

Revenue grew 5% as well, to $25.5 billion. That also was better than what analysts were expecting. JPMorgan Chase said that the increase was led by rising interest rates as well growth in loans and deposits for consumers.

The one down spot for the bank? Revenue from its markets division plunged 26% in the quarter from a year ago.

The lack of volatility in the stock and bond markets lately is actually not a good thing for big banks. They do better when markets are a little noisier since that tends to lead to increased fees from trading.