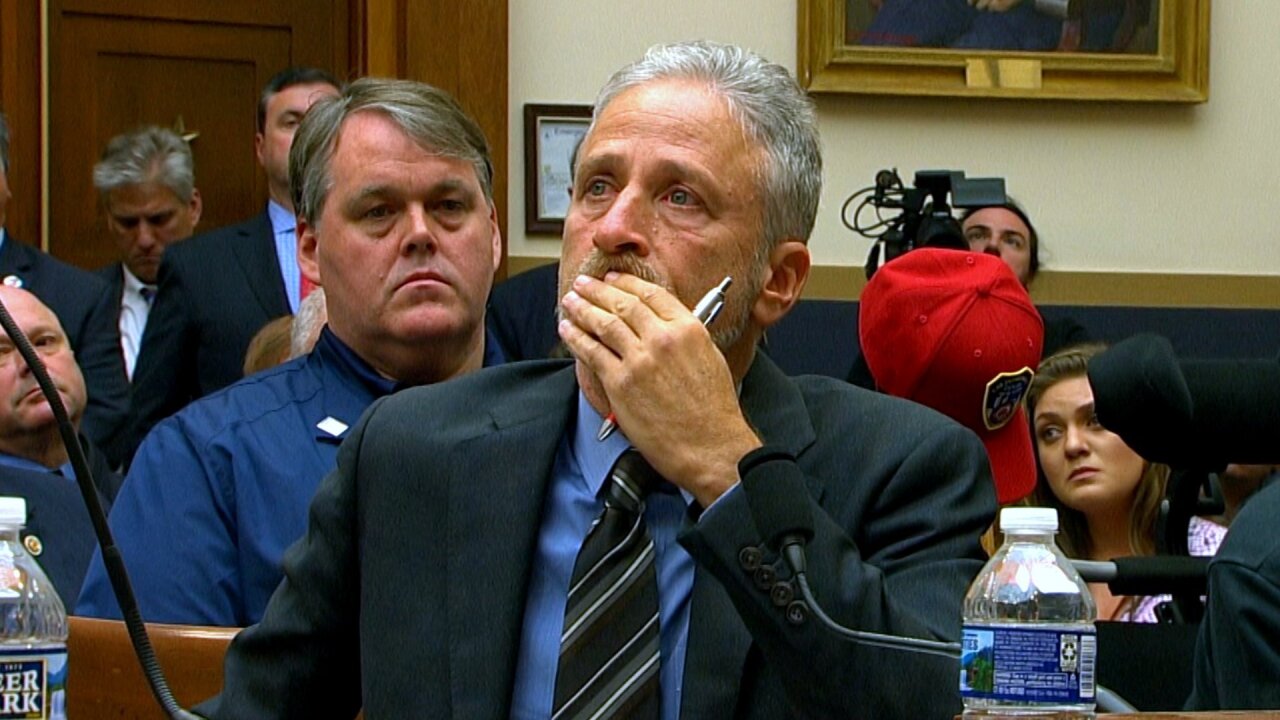 CNN/CNN
A federal judge on Tuesday dismissed a lawsuit that tried to prevent construction of the Obama Presidential Center in Jackson Park on Chicago's South Side, saying that construction should begin immediately.

"As I sit here today, I can't help but think, what an incredible metaphor this room is for the entire process that getting health care and benefits for 9/11 first responders has come to," Stewart said during a House Judiciary Committee hearing on reauthorizing the September 11th Victim Compensation Fund.

Many lawmakers on the panel did not show up for the hearing, leaving the committee room mostly empty.

"Behind me, a filled room of 9/11 first responders, and in front of me, a nearly empty Congress," Stewart said.

He slammed those absent members of Congress for disrespecting the personal sacrifice that former 9/11 first responders made to appear before them.

"Sick and dying, they brought themselves down here to speak to no one," he said, tearing up. "Shameful. It's an embarrassment to the country and it is a stain on this institution. And you should be ashamed of yourselves for those that aren't here. But you won't be, because accountability doesn't appear to be something that occurs in this chamber."

The fund is set to expire in 2020, and the special master who runs it previously announced plans to cut payouts by between 50% and 70% to ensure all are paid. The fund paid out $7 billion in damages when it originally operated from 2001 to 2003, was reopened in 2011 and extended for another five years in 2015.

Stewart on Tuesday addressed some lawmakers' apparent hesitancy to extend the bill.

During the hearing, he recalled how he used to get angry at the injustices the first responders faced, such as having "another business card thrown our way as a way of shooing us away like children trick or treating, rather than the heroes that they are and will always be."

Late New York City Firefighter Ray Pfeifer, who died from terminal cancer in 2017 as a result of his rescue missions at Ground Zero, "would say, 'Calm down, Jon, calm down, I've got all the cards I need.' And he would tap his pocket," Stewart said, becoming visibly emotional and pausing to compose himself, "where he kept the prayer cards of 343 firefighters."

He accused members of Congress of betraying first responders by failing to back up their public statements with real legislative action.

"There is not a person here, there is not an empty chair on that stage, that didn't tweet out, 'Never forget the heroes of 9/11,' " Stewart said.

"Well, here they are! And where are they?"

"Your indifference cost these men and women their most valuable commodity -- time!" he said.

Taking a moment to compose himself again, Stewart added, "it's the one thing they're running out of."

When asked by CNN's Suzanne Malveaux later Tuesday whether Democrats, Republicans or the administration are at fault in the lack of funding, Stewart replied, "I don't want to get into it -- Congress needs to fund us, and they need to fund us indefinitely for the lives of these men and women and not for five years. That's all it is, it's their job."

"We've all been through this too many times to not be skeptical," Stewart told Malveaux. "When it happens then we'll believe it, but trust me its not going to be a celebration, it's just going to be a sigh."

Stewart also hit at criticism that the victims fund is solely a New York issue since so many of the people who worked at Ground Zero -- firefighters and other first responders -- were New Yorkers.

"Al-Qaeda didn't shout death to Tribeca -- they attacked America, and these men and women and their response to it is what brought our country back," he said.

"They did their jobs with courage, grace, tenacity, humility," Stewart added, tearing up.