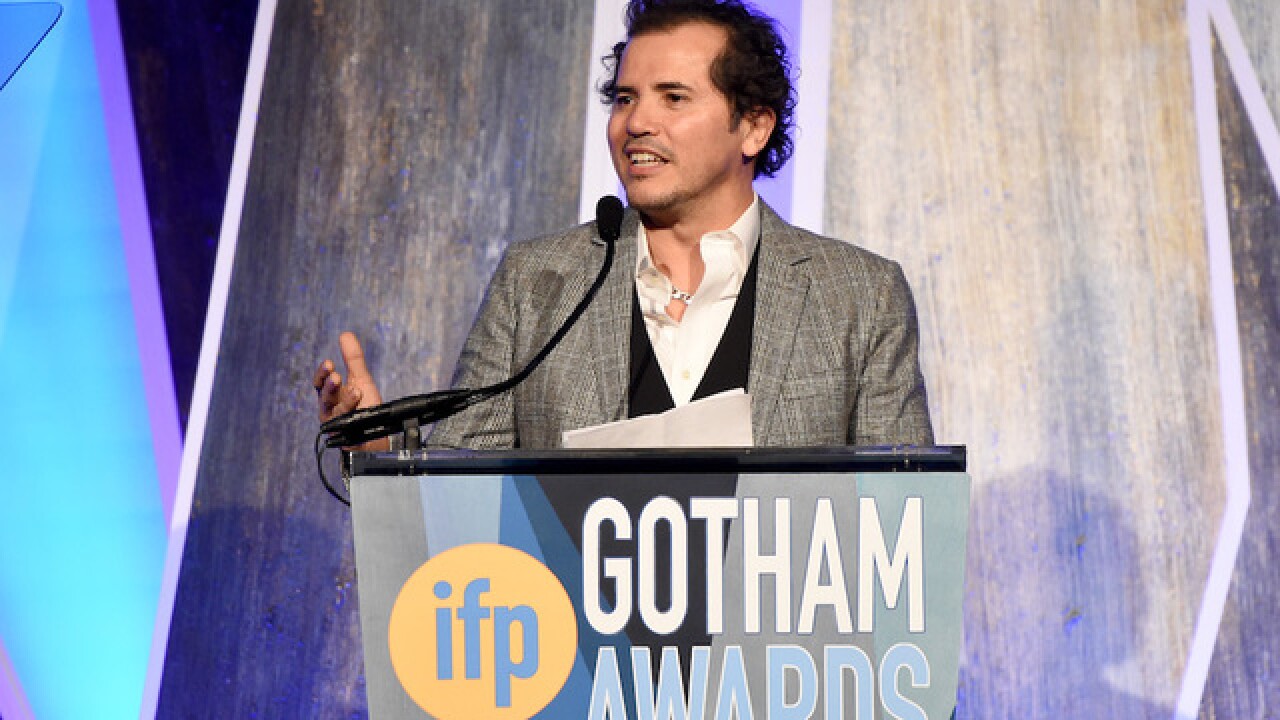 Seven times a week, John Leguizamo, the actor, activist and comedian, stands before a dusty chalkboard and a trove of books in New York City and delivers a history lecture.

The experience is far more thrilling -- and hilarious -- than it sounds.

The show, which traces his search for Latino identify after his son was bullied in school for his ethnicity, has changed since he first developed it more than a year ago. President Trump's victory in November 2016 -- following a campaign in which Latino immigrants were denigrated as "murderers and rapists" -- turned up the temperature and volume of conversations about race and identity.

Leguizamo spoke with CNN about finding his voice in the Trump era and why he wants to "weaponize history" with through his show. The interview is edited for clarity and length.

Your play explores your quest to find a Latino hero to help your son's school project. Why was this so important to you?

My son was bullied four years ago in school. I started doing all this research about it because I wanted him to have words to defend himself, not just the old school fisticuffs. I wanted him to do it with words and language, and that's what I was trying to do. Not just to give my kids a sense of self-respect and of historical worth, especially in a time when we're being so denigrated by [President Trump] and we're so vulnerable to people saying vile things about us. I feel like I needed an antidote.

I wanted to weaponize our history so he wouldn't have to fight the bullies at school. It triggered memories that happened to me as a kid, too, where we were the first Latin family in a part of a neighborhood or street, and then kids would come and say to me, "You don't belong here. This is not your country. Why don't you get out of here?"

What surprised you when you were working on this?

I had no idea that we had 10,000 unknown Latino patriots that fought [in the American Revolution], and that Cuban women in Virginia sold their jewelry to feed the patriots, and that Galvez, a general in the Revolutionary War who was Latin, gave $70,000 worth of weapons to George Washington, so we too financed the war. We too are the sons and daughters of the American Revolution. That to me was like, "How was that kept from me? How was that kept from Americans?" Trump, Jeff Sessions, Stephen Miller could never say the things that they've said about us if that was in textbooks.

How has Trump's presidency affected your approach to the show?

It definitely had an impact. I felt it. The show got a little angrier, a little edgier. The audience kind of pushed me there. It kind of guided me there. They wanted more. They wanted more teeth in the show, and I was ready for it. It was what I was feeling and what I was experiencing, and I know the onslaught of the constant abusers from this administration makes people want to morally correct. You see this sort of moral correction against the Trump Administration and its lack of morals, lack of ethics. It's a weird correction that's happening, which is great.

Do you fear that Trump's presence and his influence as president gives bullies a license to treat people like your son poorly in the future?

Well, right now it is. His effect has brought out the bullies in America, and he, in his dog-whistle and subtle omissions and lack of condemning bullying and all this stuff. It's laughable that Melania is sort of the anti-cyberbullying, which is bizarre because her husband's always tweeting bullying statements. All these girls and kids that are Latin and Islamic in college campuses were being pushed by other student. They're being told, even though they're American citizens, "Get out of my country," "Get out of this school." He does allow certain people to come out and be bullied. He just gives them strength and confidence to be themselves. It's a horrible time in our country, but we're going to fix that.

Are you finding people are engaging with you as you're on stage in a way that they usually don't in a Broadway show? The show I was at, someone shouted, "F--- Trump!"

I love my audiences. First of all, the ethnic breakdown: 50% Latin and then the rest are white, black, and Asian. Then they're very vocal. They think they're in church. They talk back, the call and response. They hoot and holler. It's fun. It feeds me, it fuels me, and then it sort of becomes a conversation.

What message to do you hope young Latinos receive from you show?

I've had a lot of younger Latin people come up to me at the end of the show go, "I leave your show feeling so proud of myself. I feel so elevated. I feel like I'm walking five feet above the ground." That's what the kids are going to feel, this sense of relief that, "Oh my God, I'm not a second-class citizen. I'm just as American as anyone who came from George Washington or the Founding Forefathers. I'm just as American."