Joe Walsh to take on Trump in 2020 Republican primary 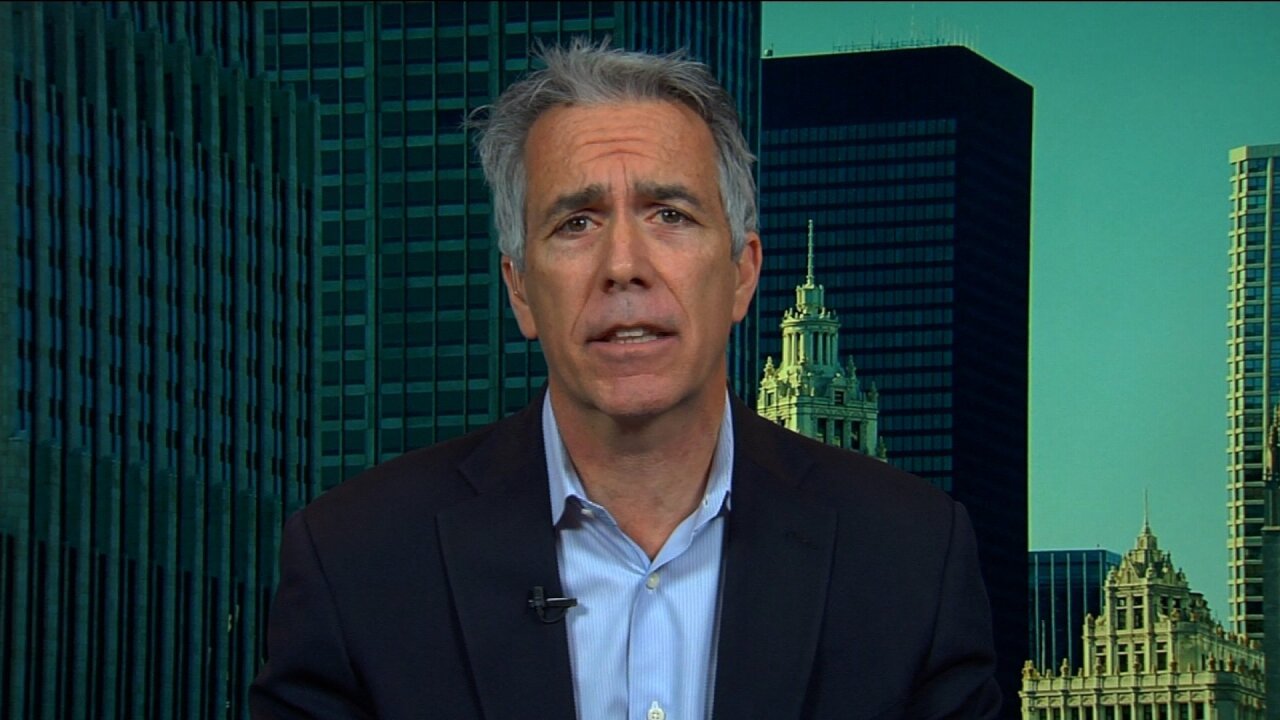 "I'm going to run for president," Walsh said on ABC's "This Week," also telling host George Stephanopoulos, "I'm going to do whatever I can. I don't want him (Trump) to win. The country cannot afford to have him win. If I'm not successful, I'm not voting for him."

Walsh had said Thursday that he was "strongly, strongly considering" entering the race.

"I'm not trying to be cute or coy. I've told you before -- if somebody's going to get in there and go after him ... it's got to be done soon," Walsh told CNN's John Berman on "New Day." "You're running out of time. But more importantly, these are not conventional times. Look at the guy in the White House. These are urgent times."

A history of controversy

Walsh, who was elected to Congress with support from the Tea Party movement, has a history of making controversial comments, including some about former President Barack Obama.

In 2016, he accused Obama of hating Israel and pushed the false conspiracy theory that Obama is Muslim. He was also accused that year of inciting violence against Obama in the wake of a deadly sniper attack on Dallas police.

A few years earlier, in a 2011 interview, he suggested that Obama was only elected because he was "a black man who was articulate." Walsh was also once kicked off air for using racial slurs when discussing the Washington Redskins NFL team.

He said he voted for Trump in 2016, but only because Trump wasn't Hillary Clinton. Where Trump lost him, Walsh said, was during the President's news conference with Vladimir Putin at their summit last year in Helsinki, Finland, at which Trump sided with the Russian strongman over his own intelligence community's assessments of Russian interference in the 2016 US election.

In 2016, the former Illinois congressman said if Clinton was elected president, "I'm grabbing my musket," and he called on others to do the same. He later insisted to CNN's Jake Tapper that his comments were not an incitement to armed revolution. Walsh told Tapper he's used the phrase "grab your musket" multiple times over the past several years but never meant Trump supporters should literally reach for their firearms.

Walsh was featured in a Showtime series in which "Borat" comedian Sacha Baron Cohen wore disguises to prank prominent figures like former Vice President Dick Cheney and former vice presidential nominee Sarah Palin. In a preview of the series "Who Is America?" Walsh was recorded seemingly advocating for arming children.

Long shots against the President

Walsh had previously called for a Republican to challenge the President, and earlier this month called Trump an "unfit con man" who is "bad for the country." But Walsh isn't the only conservative candidate looking to take on Trump.

Former Massachusetts Gov. Bill Weld announced in April that he would challenge Trump, telling Tapper on "The Lead" that it would be a "political tragedy" and he would "fear for the republic" if the country had Trump as President for a second term.

Former Rep. Mark Sanford told CNN's Brianna Keilar on "CNN Right Now" in July that he is considering mounting a challenge to Trump in 2020, with plans this month to explore a possible candidacy. The South Carolina Republican has planned visits to key early-voting states New Hampshire and Iowa.

Any of the three possible Republican contenders, though, would be a long shot against the President, who, according to Gallup, has an 88% approval rating among Republican voters.