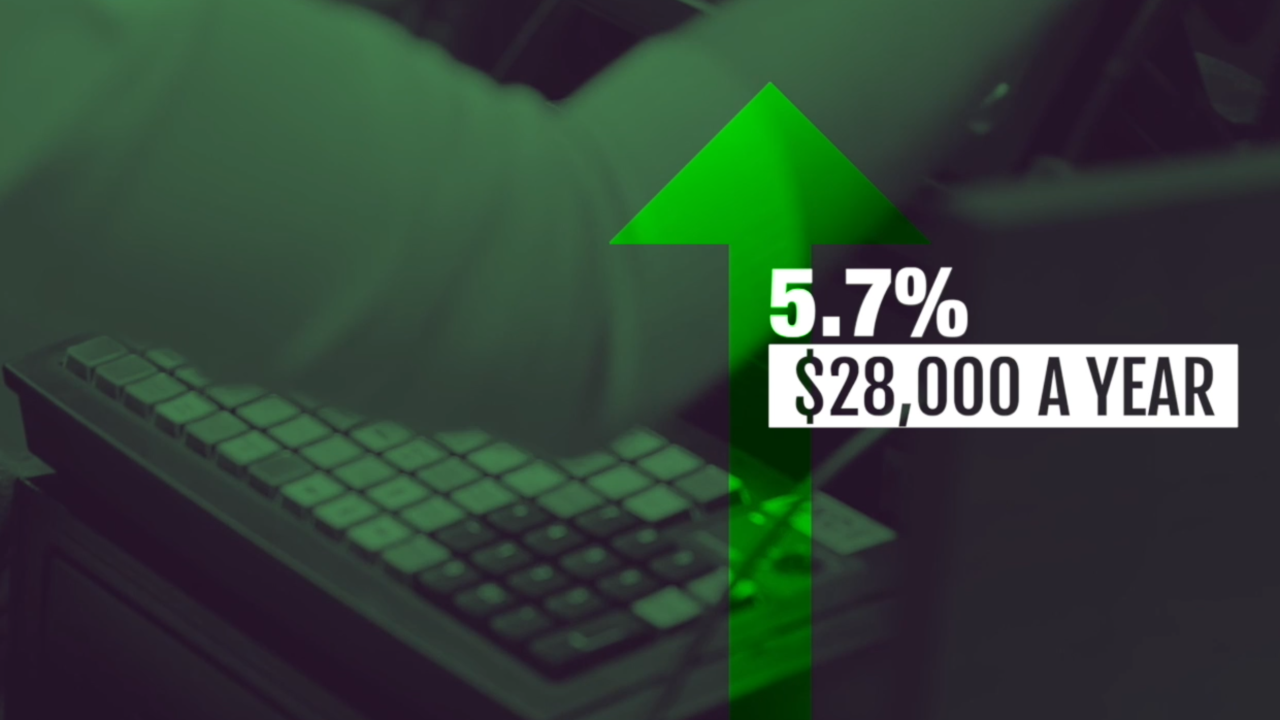 Glassdoor just released a list of jobs that are seeing the fastest pay increases, and it may surprise you.

Truck drivers made into the top 3 jobs seeing the biggest pay raise. According to the Glassdoor report, truck drivers’ pay rose 5.3 percent to over $54,000 a year.
Quincy Jones, with Sage Truck Driving School, says it might be surprising to some, but because of ecommerce, truck drivers are seeing more than just pay raises.

“One way for these trucking companies to get drivers, or even retain them, is a pay increase,” Jones says. “To really increase pay, to increase benefit packages, sign on bonuses, so they are really trying to think outside the box to get these driver recruits."

Another top job with the highest raise was a bank teller. Bank tellers median base pay increased by 9.2 percent to over $31,000 a year.

What's great about all three of the aforementioned positions: you don't need higher education.

Other positions Glassdoor reported seeing a pay increase include:


Although the minimum wage right now in the U.S. is $7.25 an hour, this year, 20 states will increase their minimum wage, giving 5 million workers a raise for the new year.