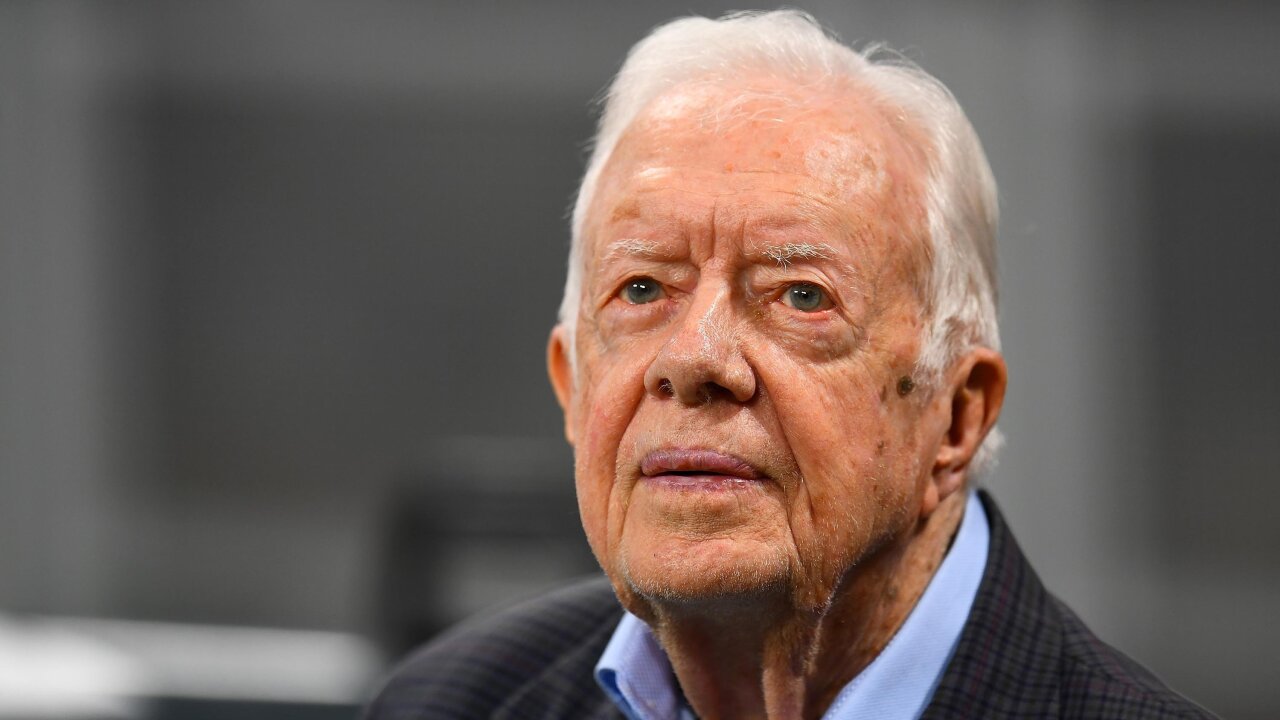 (CNN) -- Former President Jimmy Carter was admitted Monday night to Emory University Hospital in Atlanta ahead of a procedure to relieve pressure on his brain, the Carter Center announced in a statement posted to Twitter.

The pressure was caused by bleeding from his recent falls, the center said. Carter, 95, will undergo the procedure Tuesday morning.

"President Carter is resting comfortably, and his wife, Rosalynn, is with him," the center said in its statement.

News of Carter's procedure comes after the former president was hospitalized twice last month for two falls in his house in Plains, Georgia. Carter required 14 stitches above his brow after his first fall, where he hit his forehead "on a sharp edge," and later received treatment for a minor pelvic fracture after his second fall.

Carter celebrated his 95th birthday on October 1, becoming the oldest living former US president -- a title once held by George H.W. Bush, who died in late 2018 at age 94.

Despite his age and health complications, Carter hasn't eased off his volunteerism.

Along with Rosalynn Carter, he has volunteered for Habitat for Humanity for 35 years, building homes all over the United States and around the world. They have worked alongside 103,000 volunteers in 14 countries, including India, South Korea and the Philippines.

"I fell down and hit my forehead on a sharp edge and had to go to the hospital. And they took 14 stitches in my forehead and my eye is black, as you've noticed. But I had a number one priority and that was to come to Nashville and build houses," Carter said to a group of volunteers the same day he was hospitalized last month.

Earlier this month, Carter said he found he was "was absolutely and completely at ease with death" after doctors told him in 2015 that his cancer had spread to his brain.

"I assumed, naturally, that I was going to die very quickly," Carter said during a church service in Plains. "I obviously prayed about it. I didn't ask God to let me live, but I asked God to give me a proper attitude toward death. And I found that I was absolutely and completely at ease with death."

"It didn't really matter to me whether I died or lived. Except I was going to miss my family, and miss the work at the Carter Center and miss teaching your Sunday school service sometimes and so forth. All those delightful things," the 39th president added, smiling.