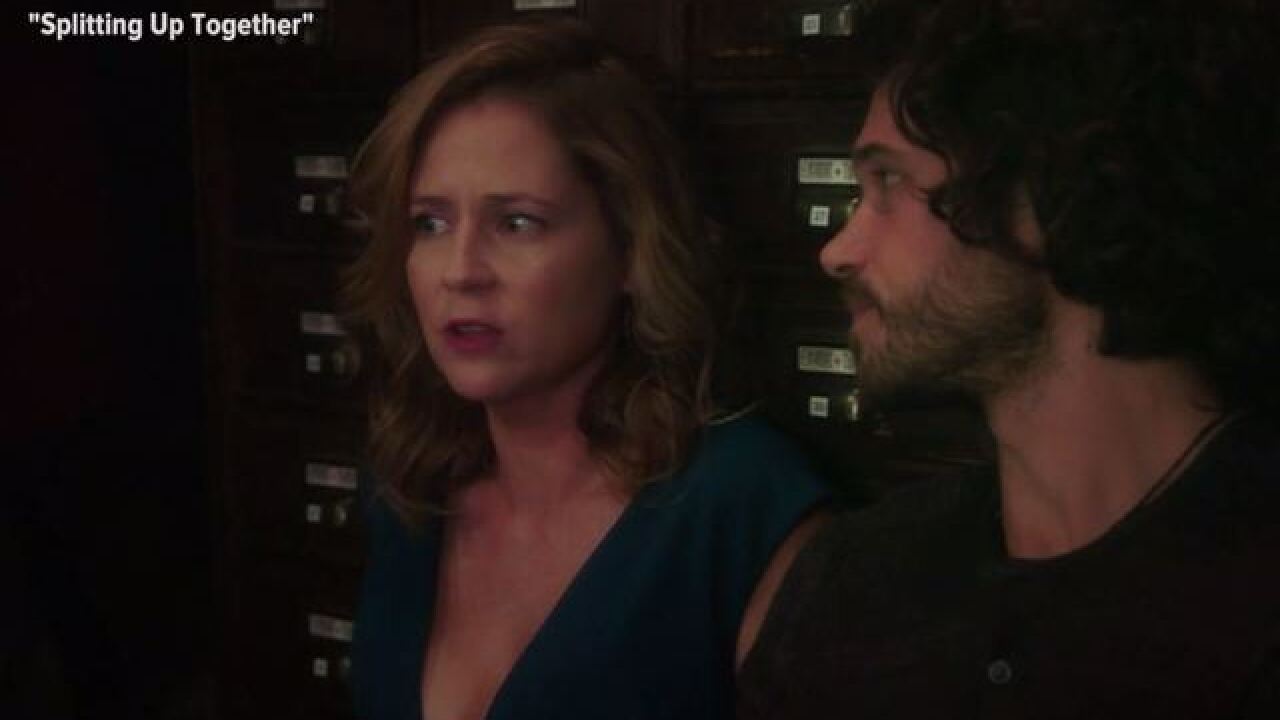 GREENCASTLE Ind. -- After students at DePauw University used her event as a place to protest recent racial discrimination on their campus, Jenna Fischer has promised to donate all the money she made from the event to groups fighting discrimination.

Fischer shared a message on Twitter Wednesday saying she was "shocked and upset" to hear the things that were happening on the DePauw campus.

"I could feel the pain, sadness, and fear coming from these students," Fischer wrote. "No student should feel at risk, or have to suffer the kinds of bigotry and hate these students have encountered. These students need to be heard and they need change."

Fischer is the star of ABC's new sitcom "Splitting Up Together" and is best known for her role as Pam on the American version of "The Office." She was at DePauw University Tuesday evening as part of the Timothy and Sharon Ubben Lecture Series to discuss and sign copies of her new book, "The Actor's Life: A Survivor's Guide."

Shortly after her lecture began several dozen students filled the aisles carrying signs and sharing their concerns about how they were "afraid for their lives" after the recent racial and homophobic messages left in random areas on and around campus.

Fischer listened to the students share their concerns for about 15 minutes and then her event continued.

Because of those student's stories, Fischer has agreed to donate the full amount she was paid by the university to the NAACP, The Anti-Defamation League and the Trevor Project in the name of the students of DePauw University.

"My hope is for all people to be respected, accepted and loved for their individuality and uniqueness. And, above all, to be safe," Fischer wrote.