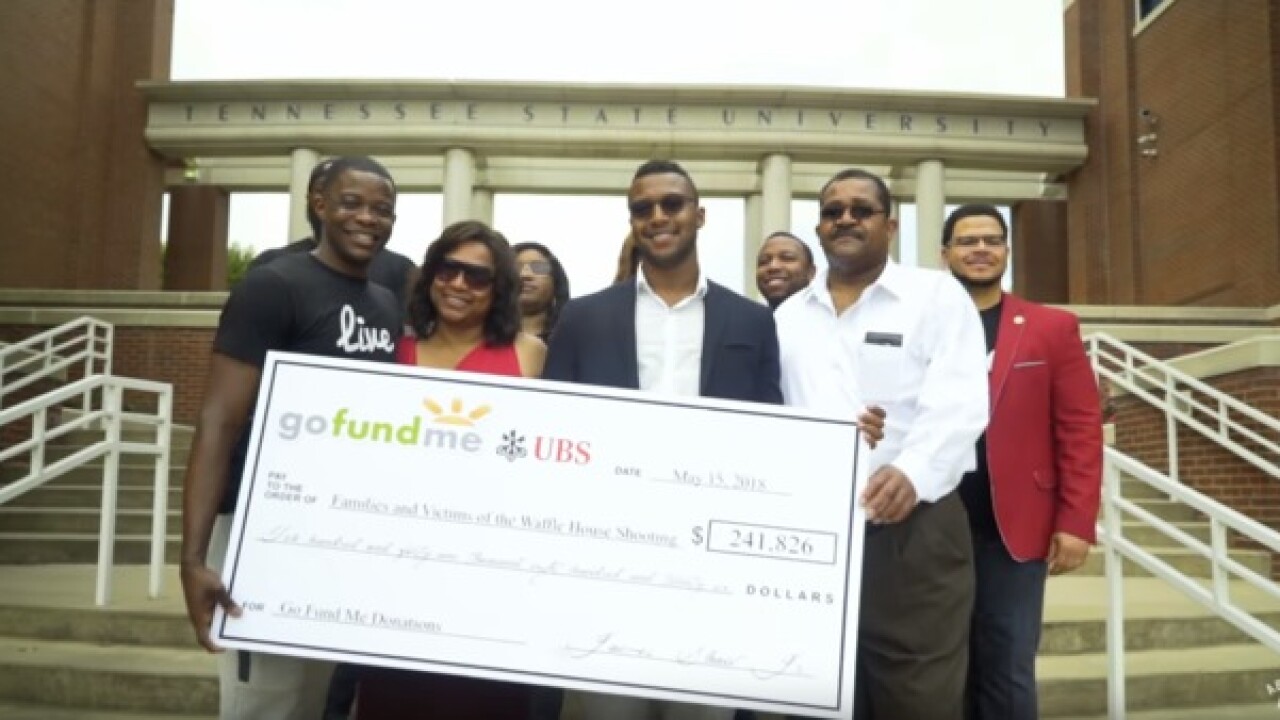 The man who confronted and helped stop a gunman at a Tennessee Waffle House has released a mini-documentary early Tuesday morning, to mark one month since the attack that left four people dead.

James Shaw Jr. released the video on YouTube. It's set to the Drake song "God's Plan," and shows the moments Shaw presented the families of the victims with large checks from a GoFundMe campaign Shaw launched after the shootings. Shaw presented the donations to the families privately last week on the campus of Tennessee State University.

Shaw is credited with saving lives during the April shooting. He told police he was able to wrestle the gunman's AR-15 away from him.

Shaw said in a social media post that the documentary is meant to honor the four victims: DeEbony Groves, Akilah DaSilva, Joe Perez, and Taurean Sanderlin.