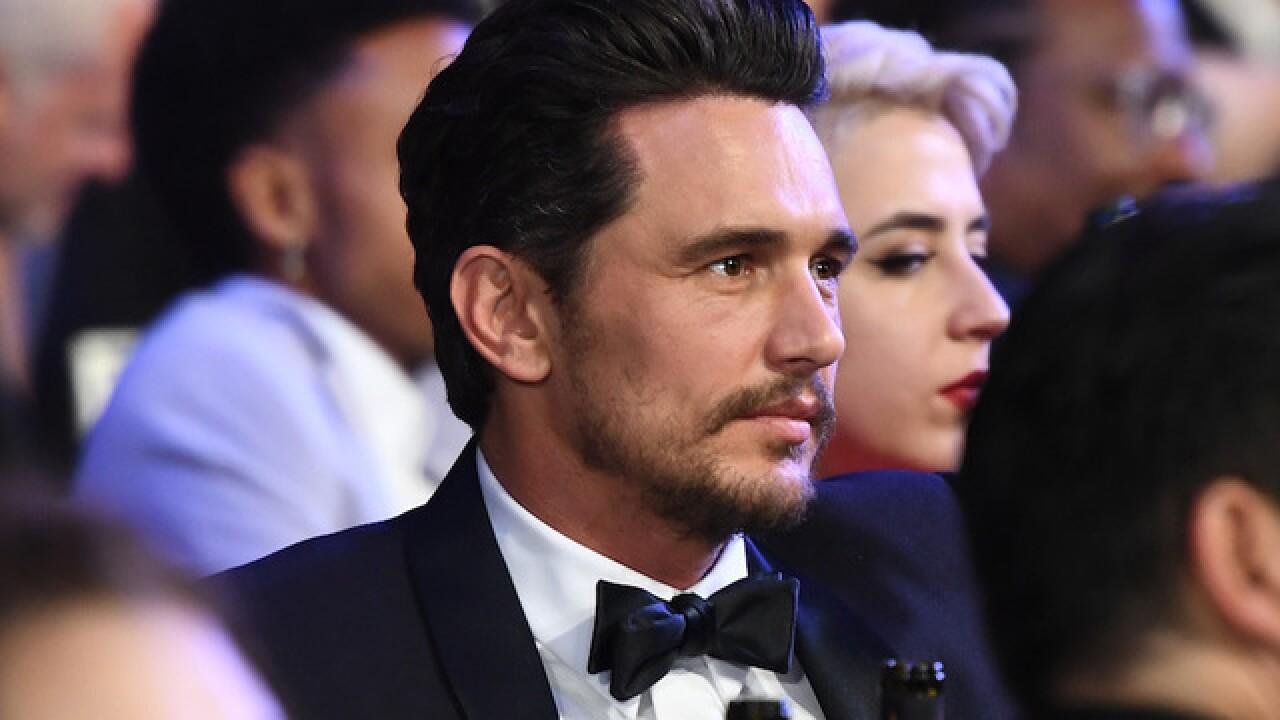 James Franco has been erased from the cover of Vanity Fair's annual issue celebrating Hollywood and the Academy Awards.

"We made a decision not to include James Franco on the Hollywood cover once we learned of the misconduct allegations against him," the publication said in a statement released to CNN Friday.

The magazine debuted its new cover Thursday, with the headline "The 2018 Vanity Fair Hollywood Portfolio: 12 Extraordinary Stars, One Momentous Year."

According to The Hollywood Reporter, which first reported the change, Franco was digitally removed from the cover after sitting for famed photographer, Annie Leibovitz.

Those featured are usually photographed in small groups and then digitally combined into one image. As a result, dropping Franco did not necessitate a reshoot.

The actor has denied allegations by five women who told the Los Angeles Times earlier this month they experienced inappropriate and sometimes sexually exploitative behavior by Franco.

CNN has reached out to representatives for Franco for comment about him being removed from the cover.

But Franco's absence isn't the only controversy over the cover.

"A Wrinkle in Time" costars Reese Witherspoon and Oprah Winfrey appear to have additional limbs in the photo.

Witherspoon looks to have three legs and Winfrey and third hand.

"Well...I guess everybody knows now...I have 3 legs. I hope you can still accept me for who I am.," Witherspoon tweeted. "And I will never apologize for snuggling @Oprah .. if you get the opportunity, I highly recommend it."

Winfrey responded with "I accept your 3d leg. As I know you accept my 3d hand."

Vanity Fair also kept it light, tweeting that the "third leg" is actually the lining of Witherspoon's dress and, "As for @Oprah, how can we expect her to juggle it all with just two hands?"

The publication tweeted that it would be correcting the third hand in its online edition.