It's a boy -- a big boy. White rhino born at Disney World 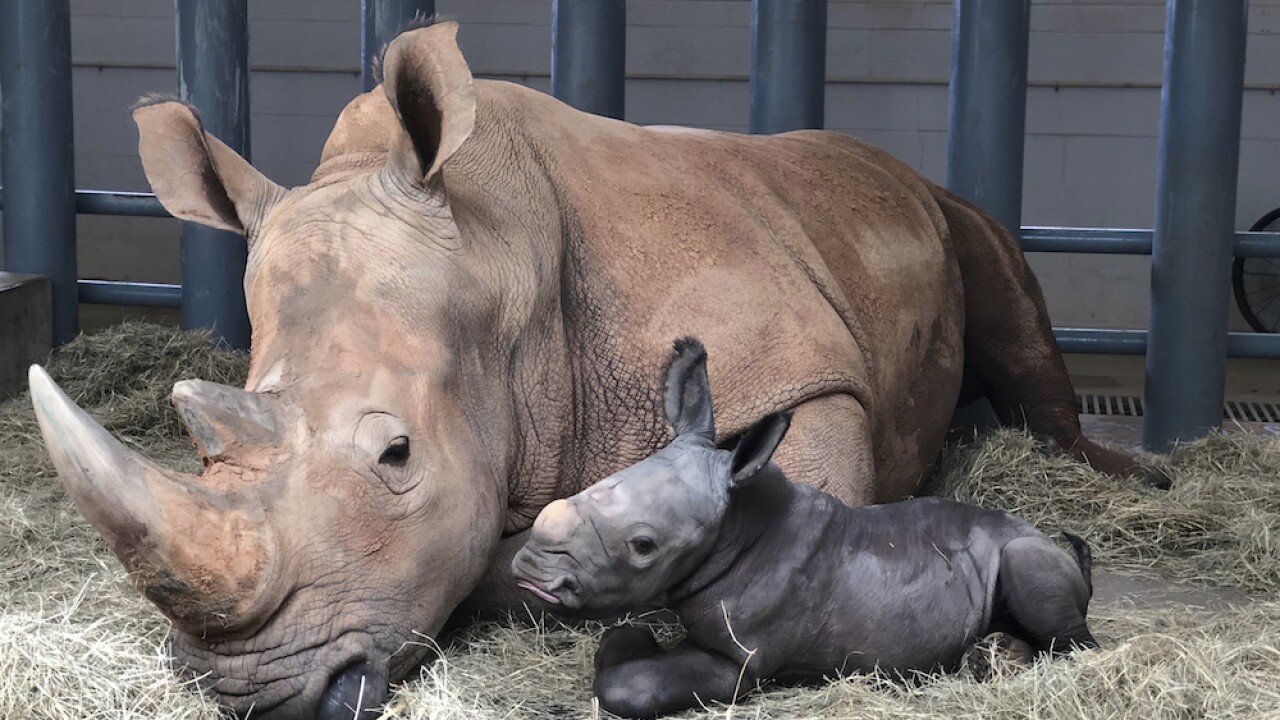 Walt Disney World/AP
In this image provided by Walt Disney World, white rhinoceros Kendi, left, shows off a baby male rhino she gave birth to Sunday, Oct. 25, 2020, at Disney's Animal Kingdom at Walt Disney World Resort in Lake Buena Vista, Fla. The baby rhino was the result of a Species Survival Plan overseen by the Association of Zoos and Aquariums to ensure the responsible breeding of endangered species. (Walt Disney World via AP)

A 150-pound white rhinoceros was born at Disney's Animal Kingdom theme park in Florida over the weekend.

The as-yet-named rhino was born to Kendi, who was the first white rhinoceros born at the animal theme park back in 1999.

"Kendi was paired with dad Dugan through one of the Species Survival Plans overseen by the Association of Zoos and Aquariums to ensure the responsible breeding of endangered species," Disney said in a press release.

Disney officials say both mom and son are doing well under the care of their human keepers.

In the upcoming weeks, the newborn rhino will be introduced to his crash — or group of rhinos — on the theme park's savanna.

Disney says it was the 11th white rhino born at Walt Disney World, and two more are on the way and should be born sometime in 2021, Disney said in a press release.