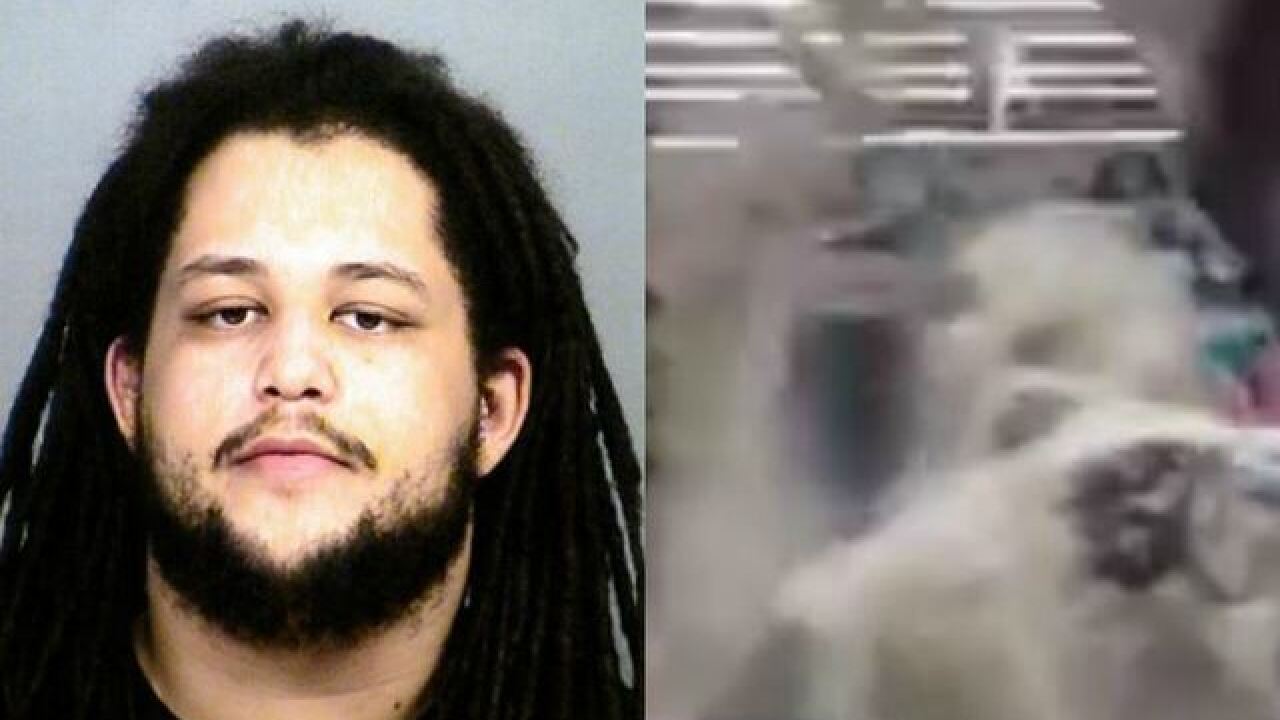 BEECH GROVE, Ind. — A man has been arrested after he recorded himself dumping a bag of flour onto the head of a 68-year-old woman at a Beech Grove, Indiana Walmart on Wednesday.

An off-duty IMPD officer working at the Walmart on Emerson Avenue just after 10 a.m. when he was informed of the incident. The 68-year-old woman was shopping in the store when a man she didn't know snuck up behind her and dumped an entire bag of flour on her head.

The suspect, Phillip Weaver, 22, recorded the incident on Facebook Live and shared it on his social media page. Weaver was arrested Thursday afternoon.

He's been preliminarily charged with battery, theft, theft of a firearm and criminal mischief in reference to that incident.

Final charges will be determined by the Marion County Prosecutor's office. The incident remains under investigation.

A quick view at Weaver's social media pages shows that he regularly records himself doing what he calls "pranks" to other people in public places and shares them with his followers. Some people commenting on this posts find his "pranks" funny, but others have called him out for what he has done.

WRTV has chosen not to share these posts or pranks because of the nature of the content and to protect the victims involved.