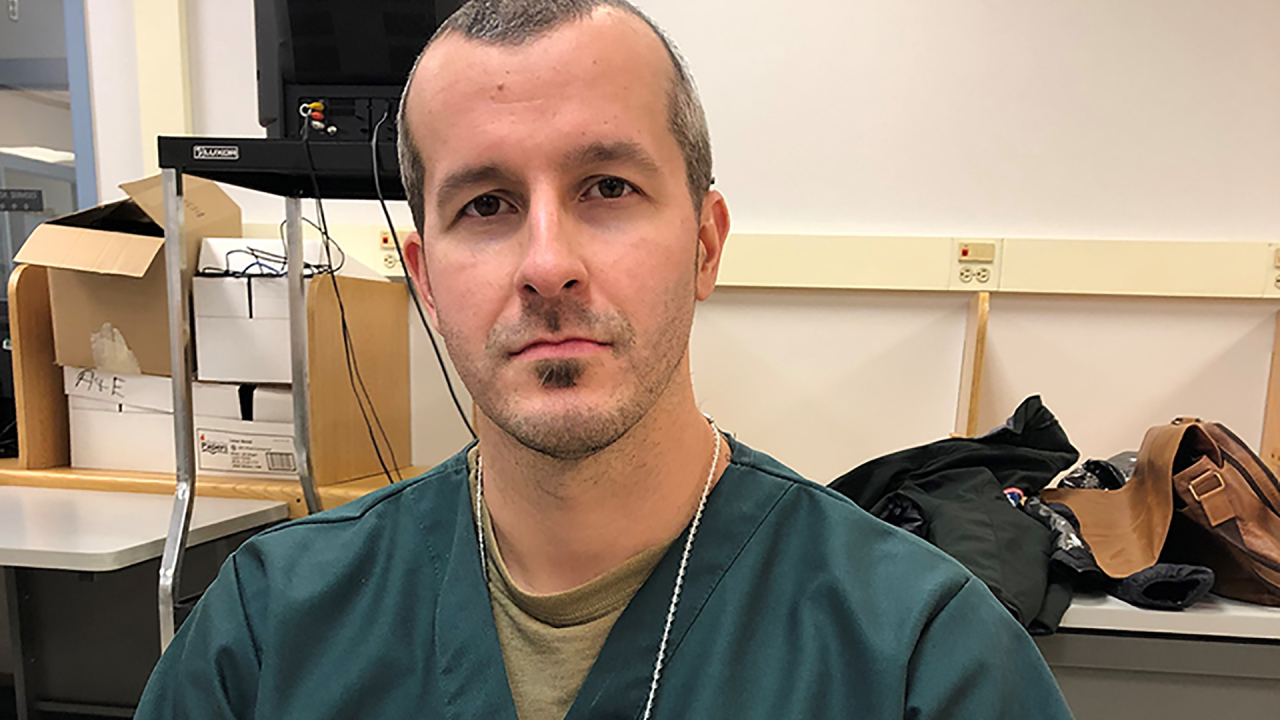 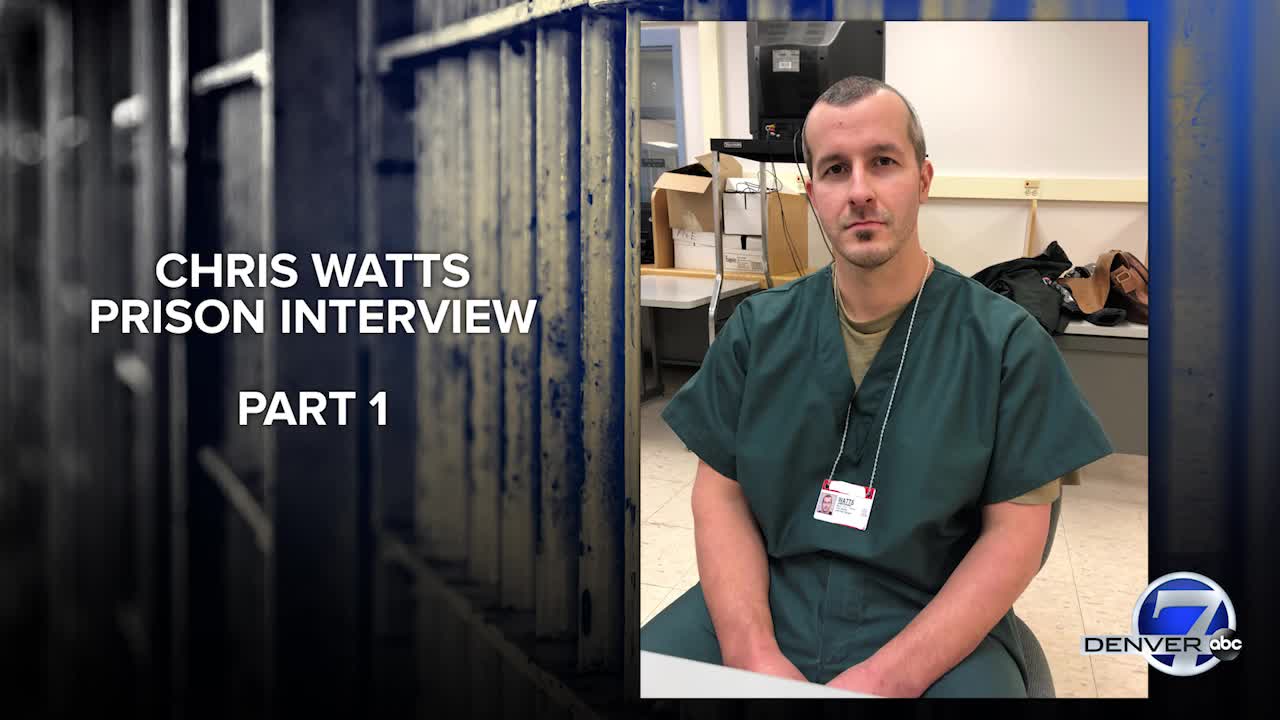 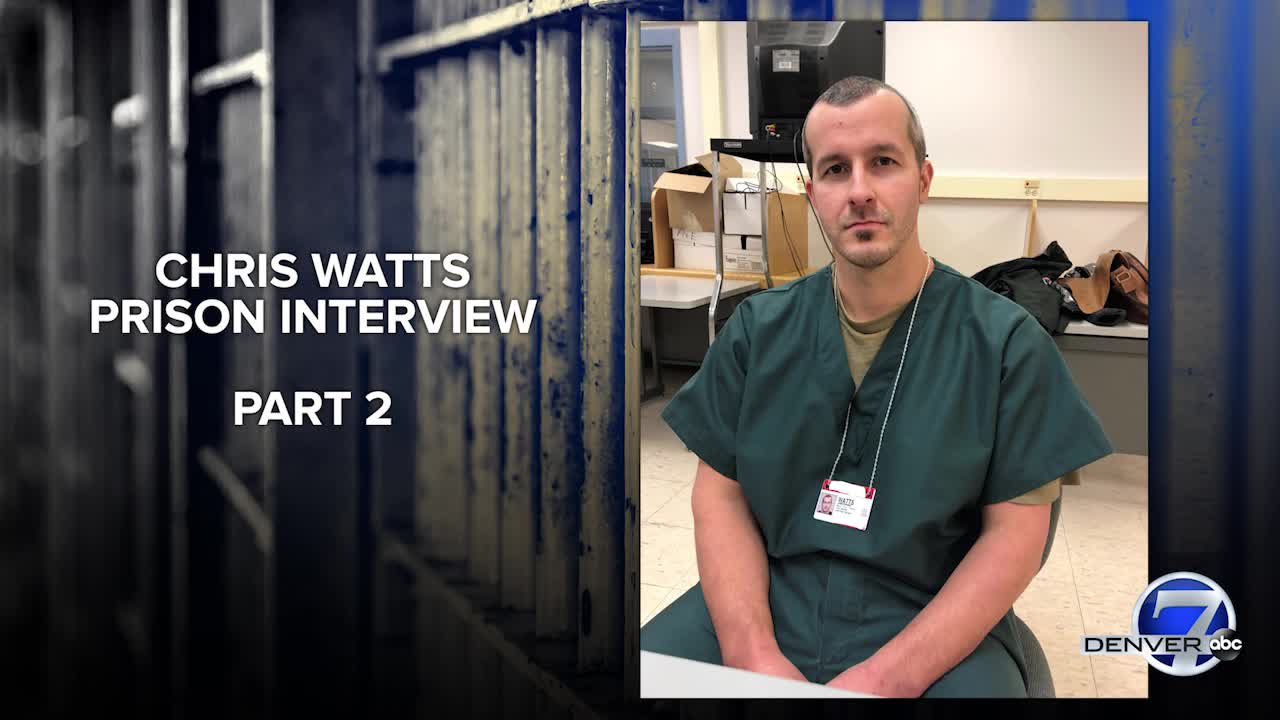 GREELEY, Colo. — In the morning hours of Feb. 18, investigators sat down with Chris Watts and listened as he described the days leading up to, and after, the murder of his pregnant wife and two young daughters.

For the first time, audio and documents from that interview have been publicly released.

Watts, 33, is expected to spend the rest of his life in prison after murdering his wife Shanann, 34, and their daughters, Bella, 4, and Celeste, 3 in Frederick, Colo. last August.

Tension in the family

Watts had been a quiet child and didn’t date in high school. He met Shannan when he was 25 years old, and hadn’t been in a relationship longer than six months before that, he told investigators.

Watts’s mother was hesitant about their relationship, and that carried over after Watts proposed in 2012, he said.

When they were married, Watts started to break ties with his family, though he wasn’t sure why. During the interview, he wondered out loud if Shanann had “coached” him to do so.

Shanann was always the more dominant person in the relationship, while Watts had a more go-with-the-flow personality, he said. They had never had any domestic incidents, but there was tension between the two when it came to family matters. Shanann and Watts’s mother didn’t get along and an incident involving Celeste’s nut allergy during the summer of 2018 pushed that to the brink, Watts said.

After the incident, Shanann told Watts not to talk to his parents. He didn’t speak with them until Aug. 6, when they told him they didn’t know if they could forgive his wife for what was said during the fight over the nut allergy. Watts, who is close with his father, said it felt like he lost him for three weeks.

Meanwhile, the couple was having their own private struggles, which included filing for bankruptcy.

Every time Watts opened his phone and saw a picture of Shanann and his two daughters during the summer of 2018, he questioned what he was doing with Nichol Kessinger, he said.

Watts had met Kessinger in June 2018 while they were both working for Anadarko Petroleum Company and he asked her to fix a broken gas meter. Around the fourth time they met, he showed her pictures of his wife, Bella and Celeste. They started texting and seeing each other more through July. When Watts was moved to a field coordinator position at Anadarko, he ran into her more.

About a month into their relationship, Watts told Kessinger that he had talked with her about separating. After hearing this, Kessinger offered to help him look for a place to live around Brighton or Fort Lupton.

“It feels like a roller coaster ride that I just kept punching a ticket on and never could get off,” Watts said.

When asked if he felt like he loved Kessinger, he said, “I felt like it was true.”

That relationship “contributed” to the murders, but Kessinger never asked him to do anything, Watts said in the interview.

Kessinger spoke to The Denver Post in an exclusive interview about that relationship.

While two other people claimed to have had affairs with Watts, he denied knowing them in the interview with investigators.

Day of the murder

Early in the morning on Aug. 13, Watts and Shanann had intercourse, and Watts said that may have been a trigger point, “or like you push the button on a bomb and it just blows up.”

After sleeping for a little while, they started talking about how their marriage was no longer working. Shanann said she knew Watts was seeing somebody else, which he denied. When he said he didn’t love her anymore, she said he would never see the kids again.

After hearing those words, Watts started to strangle her.

“Every time I think about it, I’m just like, ‘Did I know I was going to do that before I got on top of her?’” Watts said.

He said he felt like something in his head had already decided he was going to strangle his wife, and he felt that he had no control over his actions. Shanann didn’t fight back, and Watts said he thought she may have been praying.

After she died, he said he was shaking and not in control of his thoughts or actions. He wrapped her in a bed sheet, walked down the stairs and put her in his truck. He then put Celeste and Bella into the truck, each holding a blanket. He said he also loaded a gas can into the truck because he felt he should get rid of himself too.

He drove to a site with oil and gas tanks owned by his employer in a remote part of Weld County.

At the site, he strangled his daughters. To this day, he said he can still see Bella yelling “Daddy, no!” after watching him kill her younger sister and then reach for her. He put both of their bodies in oil tanks and buried Shanann nearby in a shallow grave.

He said he didn’t kill himself because he thought if there was an explosion or fire, other people in the area could have been hurt.

After he murdered Shanann, he drove home and placed her wedding ring on the counter to make it look like she didn’t want to work on the marriage any longer. He also threw a therapy book into the trash.

He talked the following day outside his home, pleading for Shanann and the girls to come home.

Two days afterward, on Aug. 15, the search was on for Shanann and her daughters, who had been reported missing by one of Shanann’s friends after she missed a doctor’s appointment.

Watts took a multi-hour polygraph test at the Frederick Police Department that turned his brain “to mush, to Jell-O,” he said.

“Walking in there that day, just walking into that room — I knew I wasn’t walking out,” he said.

He failed the polygraph test.

Watts was arrested Aug. 16 and formally charged with nine felony counts, including first-degree murder, on Aug. 20.

Authorities said that they believed they had found the three bodies on Aug. 16. They were positively identified the next day.

According to the newly released interview, at one point during the interrogation, somebody asked if Shanann had killed the girls, not Watts. After that was mentioned, Watts “just went with it” because his attorneys were doing so, he said.

But two weeks later, he told his attorneys the truth: He had also killed the girls. He said his attorneys were quiet as they took notes, and said they appreciated his honesty. Watts told them he wanted to plead guilty — a decision that his attorneys confirmed with him about “100 times,” he said.

“I didn’t want my attorneys to lie for me for two to four years,” he said, adding that he didn’t want everyone involved to relive the case every day if he went on trial.

Both Watts’s family and Shanann’s family read statements — or had one read for them — at his sentencing.

A look into the rest of Watts’s life in prison

Watts said he believes God gave him opportunities to get out of his relationship with Shanann. But he will now spend his life behind bars.

“Watts said when he was in jail in Colorado, other inmates would constantly yell at him from their cells, giving him advice on how he could kill himself in his cell and what the other inmates would do to him given the chance,” according to the interview. “Watts said everyone in the jail knew him and why he was there.”

Watts said he didn’t kill himself in his cell because “he felt like he may have a different purpose.”

He was later transported from Colorado to an undisclosed facility in Wisconsin. He said he likes it a lot more than Colorado because he felt he would be killed in that facility.

He keeps pictures of his wife and children in his prison cell and talks to them every morning and evening, he said. He also has a book that he used to read to Celeste and reads it to his daughters, along with scripture, every night.

He said he keeps a low profile at the prison and has read the Bible cover to cover.

Watts has received countless letters, but doesn’t write back to people he doesn’t know. While he keeps the supportive ones, he said he throws the others out.

People are going to define him for that one moment, he said, but only God can judge him and he’s asked for His forgiveness.

“I know there is a purpose for everybody,” he said. “I just hope I can find mine.”