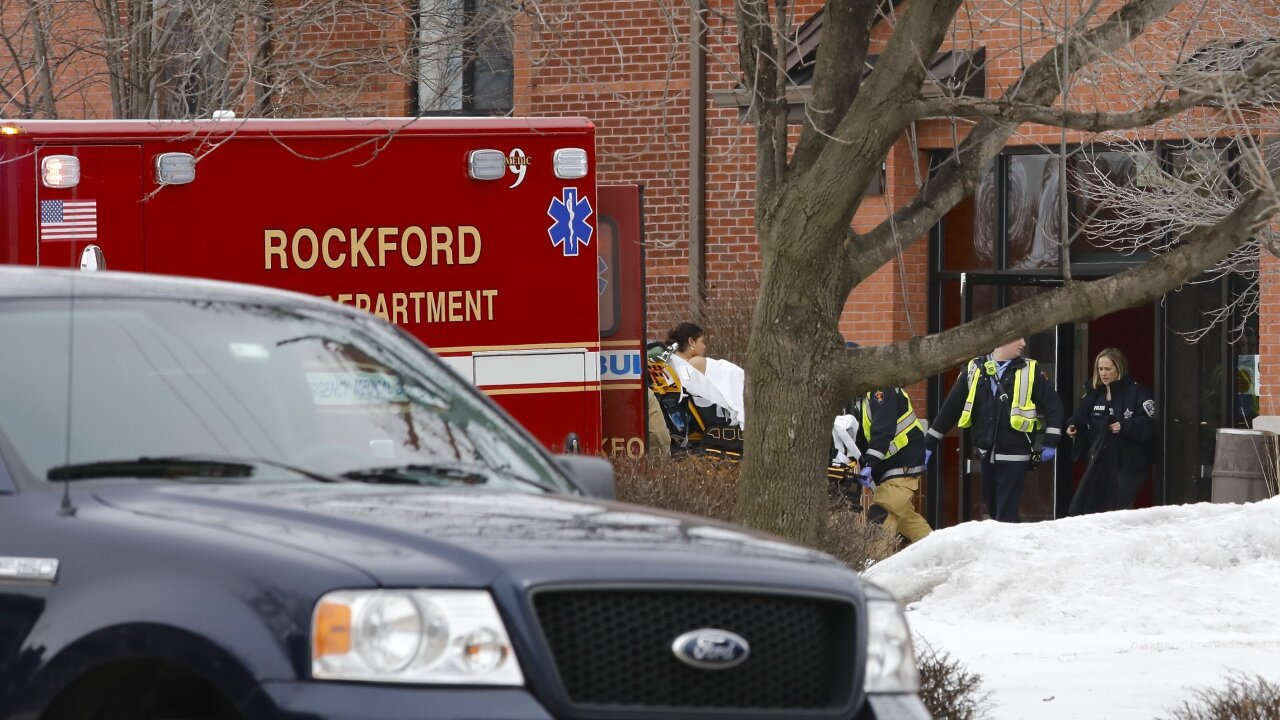 A suspect accused of fatally shooting an Illinois deputy assigned to a US Marshals task force while the deputy was trying to serve a warrant in Rockford on Thursday morning will face murder charges, authorities said.

Deputy Jacob Keltner, who was with McHenry County Sheriff's Office for almost 13 years, was shot outside the suspect's room, Rockford Police Chief Dan O'Shea said. Keltner, who died at a hospital, had a wife and two children.

"He was part of a group that chased the worst of the worst," Prim said.

A 25-year-old female acquaintance of the suspect was wounded, treated and released from a hospital. She was not charged, O'Shea said. He added that no one from the task force fired a weapon during the incident.

The suspect, Floyd E. Brown, was arrested after an hourslong standoff that followed a chase on an interstate through Illinois. He will face a state and a federal murder charge, officials said.

Brown was staying at an extended stay motel in Rockford when police attempted to serve warrants for him.

After the shooting, the suspect led police on a chase and barricaded himself in his vehicle alongside Interstate 55 in Illinois after being cornered by authorities, Illinois State Patrol Trooper Sean Ramsey said.

Law enforcement officers tried for hours to get him to come out of the vehicle. Brown opened his door several times but would not get out, Ramsey said, adding that Brown stopped communicating with police.

The county had multiple previous altercations with Brown while serving warrants, Ramsey said.