Man detained while driving pregnant wife to hospital has an arrest warrant in Mexico, ICE says 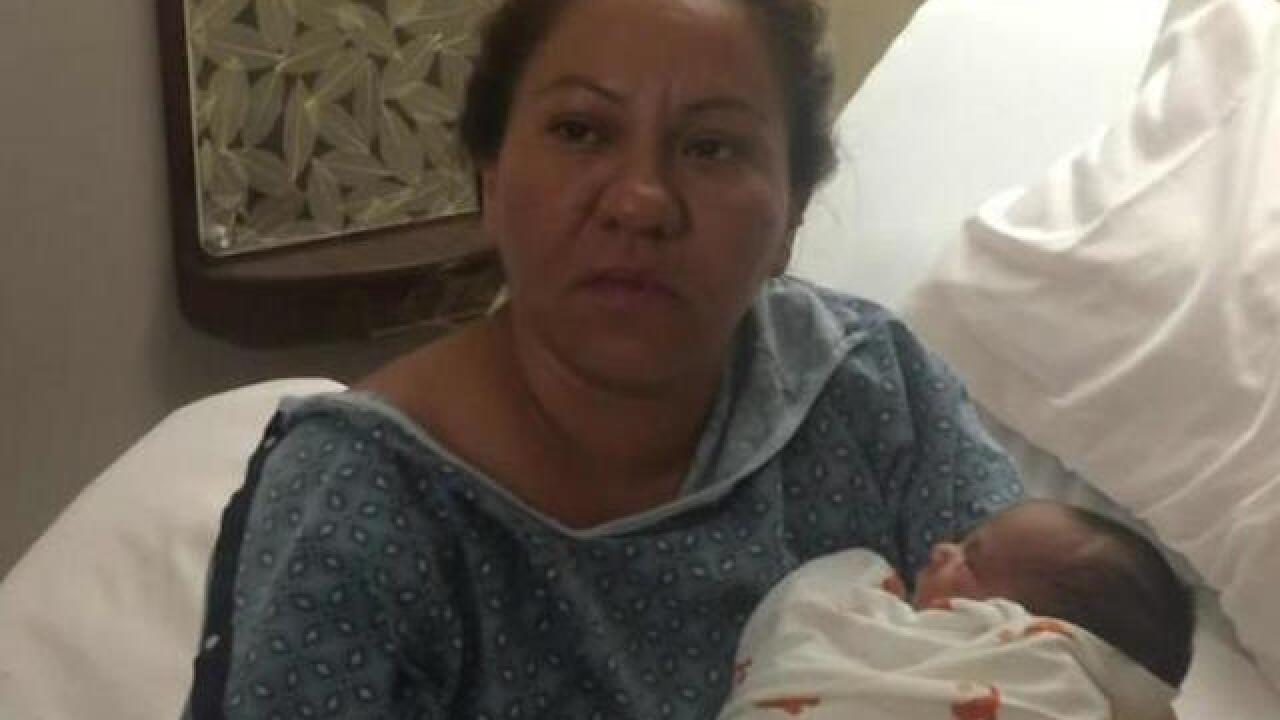 © 2018 Cable News Network, Inc.
CNN
<p>Joel Arrona was driving his pregnant wife to the hospital for a planned cesarean section. When the couple stopped for gas, Arrona was detained by ICE agents.</p>

Joel Arrona was heading to a San Bernardino, California, hospital with his pregnant wife for a planned cesarean section when Immigration and Customs Enforcement officers detained him, forcing his pregnant wife to complete the journey and deliver the baby without him.

Arrona, 35, is "a citizen of Mexico illegally residing in the United States" and has an outstanding warrant for homicide charges in Mexico, ICE said in a statement.

His wife, Maria del Carmen Venegas, 32, says the charges are "a misunderstanding" in Mexico.

His detention took place Wednesday, when Arrona was driving to the 10 a.m. appointment and decided to stop for gas. In an interview with CNN on Saturday, Venegas said people who "looked like security" knocked on her window.

"I never imagined they were from ICE," Venegas said, adding that the officers didn't identify themselves as ICE and that she was unaware of their presence before they came knocking.

The officers then asked for identification from both Arrona and his wife. Venegas says she is undocumented, but was able to provide a driver's license. Arrona, however, had left home "in a hurry," according to his attorney, Emilio Amaya García, so he was unable to present ID.

Venegas said she began pleading with officers because the couple was three blocks from their home and were on the way to the hospital. She started worrying when the officers cuffed her husband.

"I was going crazy," she said. The agent reassured her not to worry and that her husband would be able to join her at the hospital in two hours and gave her a business card. That's when she realized it was ICE, she said.

The encounter was captured on the gas station's security camera.

Venegas waited at the gas station for a while, she said. Then she decided to leave, and pick up and drop off her children with someone, before heading to the hospital around 5 p.m.

She had her baby boy, the couple's fifth child, on Friday, García said. The couple has five children, three of whom were born in the US. She said she went back home Saturday night.

"I'm well healthwise, but emotionally bad," she said. The whole ordeal for her has been a nightmare, she said. "I had wanted it to be a dream."

ICE said in a statement that Arrona is in custody pending removal proceedings with the Executive Office for Immigration Review.

"ICE conducts targeted immigration enforcement in compliance with federal law and agency policy," the statement said. "ICE will no longer exempt classes or categories of removable aliens from potential enforcement. All of those in violation of the immigration laws may be subject to immigration arrest, detention and, if found removable by final order, removal from the United States."

Saturday was the first day Venegas spoke with her husband since his detention. Both she and her husband are from Guanajuato, Mexico, she said. They knew each other as kids and got married in Mexico. Her husband came to the US 12 years ago, and she followed him two years later.