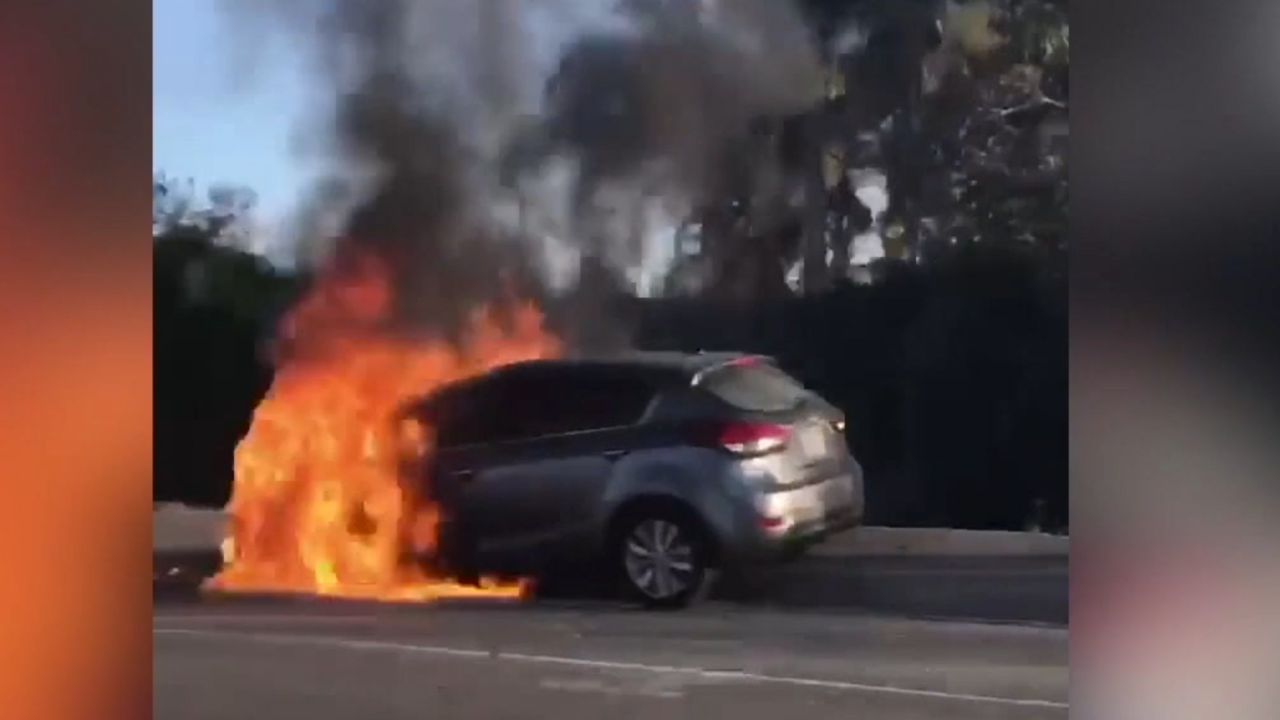 Korean car makers Kia and Hyundai are recalling about 500,000 vehicles for issues that could cause the engine to catch fire.

The companies are recalling the following vehicles:

In a statement, Hyundai said the recalls are “to ensure the safety and security of its customers.” The recall was voluntarily, Hyundai said.

You can check to see if your car has been recalled here .

The Center for Auto Safety has been pushing Kia and Hyundai to recall cars after what the center calls a high number of reports of fires in cars and SUVs that haven’t been involved in a crash.

The Center for Auto Safety says the recent recall doesn’t cover all of the vehicles it believes are dangerous, yet, included models the center has not called to be recalled.

The watchdog group is concerned with 2011 to 2014 Kia Sorentos and Optimas, as well as Hyundai Santa Fes and Sonatas. It also says Kia Souls from 2010 through 2015 are affected.

The number of Kia and Hyundai vehicles that have unexpectedly caught fire has grown to more than 300, the Center for Auto Safety announced Wednesday. The group sent a letter to Congress requesting a formal investigation.

“In the interest of the safety of those who drive these Kia and Hyundai vehicles and those who share the road with them, we urge this Congress to investigate why these manufacturers have refused to address this problem and why the agency responsible for overseeing highway and traffic safety has allowed such continued malfeasance,” read the letter sent by Center for Auto Safety Executive Director Jason Levine.

Levine called the issue a “potentially deadly problem” and blamed Kia and Hyundai.

“They refuse to acknowledge the problem is a manufacturing defect. They have refused to explain why to Congress, and [National Highway Traffic Safety Administration] political leadership has refused to force the companies to take any action,” Levine wrote.

Both auto manufacturers have previously said they make safe vehicles.

Hyundai’s statement said the Center for Auto Safety has been irresponsible and has “chosen to ignore the facts.”

Kia did not immediately respond to a request for comment Thursday.

You can read Hyundai’s statement read in its entirity below:

To ensure the safety and security of its customers, and in close coordination with the National Highway Traffic Safety Administration (NHTSA), Hyundai is voluntarily recalling approximately 123,500 2011-2013 Hyundai Tucson vehicles equipped with 2.4-liter engines. The recall is being conducted to address a potential manufacturing problem that can result in an engine oil leak and potentially lead to engine failure and stalling, and in limited cases a fire. Hyundai is not aware of any accidents or injuries caused by this issue.

Potential oil leaks are the result of a manufacturing issue with the oil pan liquid sealing process. While the remedy for this recall is under final development, Hyundai will inspect the affected engines for leaking oil and listen for a knocking sound that can indicate bearing wear caused by insufficient oil lubrication. If leaking oil is observed, Hyundai will replace the oil gasket. If engine damage caused by bearing wear is detected, Hyundai will replace the engine. All repairs will be performed at no cost to owners.

Nothing is more important than the safety and security of Hyundai customers, and we find it irresponsible that the Center for Auto Safety has chosen to ignore the facts.
1. In 2015 and 2017, Hyundai recalled (NHTSA 15V-568 and 17V-226) more than one million certain model year 2011-2014 Sonatas and 2013-2014 Santa Fe Sports vehicles to address a manufacturing issue that could lead to bearing wear and engine failure. In certain circumstances the affected engines have caught on fire. The issue identified in this recall is the common cause of non-collision fires in those models.
2. In January 2019, Hyundai issued a subsequent recall to inspect the fuel tube installation of approximately 100,000 vehicles whose engines were replaced under the previous two recalls or under warranty. Hyundai is not aware of any fires caused by this issue, but conducted the follow-on recall out of an abundance of caution. Hyundai announced this recall during the government shutdown so there was no delay in notifying its customers.
3. In late February 2019, Hyundai recalled 123,500 2011-2013 Hyundai Tucson vehicles equipped with 2.4-liter engines to address a potential manufacturing problem with the oil pan liquid sealing process that can result in an engine oil leak and potentially lead to engine failure and stalling, and in limited cases a fire. Hyundai is not aware of any accidents or injuries caused by this issue.
4. Hyundai developed a new engine monitoring technology called a knock sensor detection system. The technology uses software innovations and leverages existing engine sensors to continuously monitor for symptoms that may precede an engine failure. The knock sensor detection system software continuously monitors engine vibrations for unusual dynamic patterns that develop as an engine connecting rod bearing wears abnormally in a way that could later cause engine seizure. If vibrations caused by bearing wear start to occur, the malfunction indicator lamp will blink continuously, an audible chime will sound (in certain models) and the vehicle will be placed in a temporary engine protection mode with reduced power and acceleration. In this temporary mode, drivers maintain full control of the vehicle as brakes, steering and safety devices such as airbags remain operational. The knock sensor technology is being installed through a free software update performed by Hyundai dealers and is available through a product improvement campaign to more than 2 million Hyundai vehicles, including all model year 2011-2018 Sonata and 2013-2018 Santa Fe Sport vehicles with engines produced in the U.S. and certain model year 2014-2015 and 2018 Tucsons.
5. As part of this product improvement campaign, Hyundai extended the warranty to 10 years and 120,000 miles (up from 100,000 miles) for original and subsequent owners of 2011-2018 Sonata, 2013-2018 Santa Fe Sport and 2014-2015 and 2018 Tucsons for engine repairs needed because of excessive connecting rod bearing damage.
6. Hyundai launched and is promoting an online resource for the recalls and product improvement campaign,www.HyundaiEngineInfo.com [hyundaiengineinfo.com], where customers can learn more about the recall condition and software update, what indications and signs to watch for in their vehicle, and what steps they should take so we can fix their vehicle and update the engine software at no cost. We have also enhanced our customer service response for these vehicles by adding staff and resources so we can quickly respond to and address any questions or concerns a customer may have, with a typical response time of one hour. Any customers who feel their situation is not resolved to their satisfaction should contact Hyundai’s special customer service line for non-collision fires at (855) 671-3059.