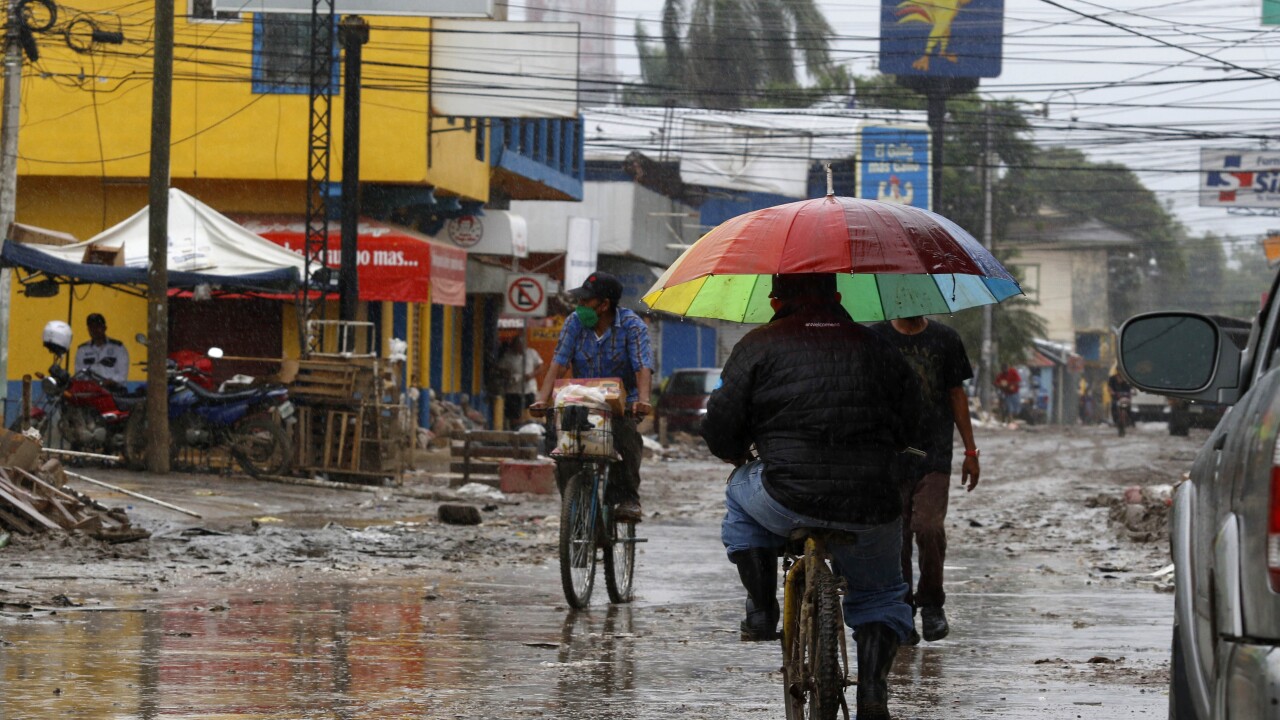 MANAGUA, Nicaragua — Hurricane Iota is moving across northern Nicaragua with hurricane strength winds of around 85 mph after making landfall as a dangerous Category 4 storm.

Iota had intensified into an extremely dangerous Category 5 storm during the day Monday, but the U.S. National Hurricane Center says it weakened slightly as it neared the coast late Monday and made landfall with maximum sustained winds of 155 mph (250 kph).

Eta’s torrential rains saturated the soil in the region, meaning Iota's rains have nowhere to go and could cause deadly landslides.

The NHC says Iota is moving west, further inland, and will move across Honduras Tuesday night into Wednesday.

Hurricane Eta, after making landfall in Nicaragua, spun back out east into the Gulf of Mexico where it regained strength and dropped torrential rains on the western side of Florida and up into the southeast states of the U.S.