How Robert Kraft became a billionaire 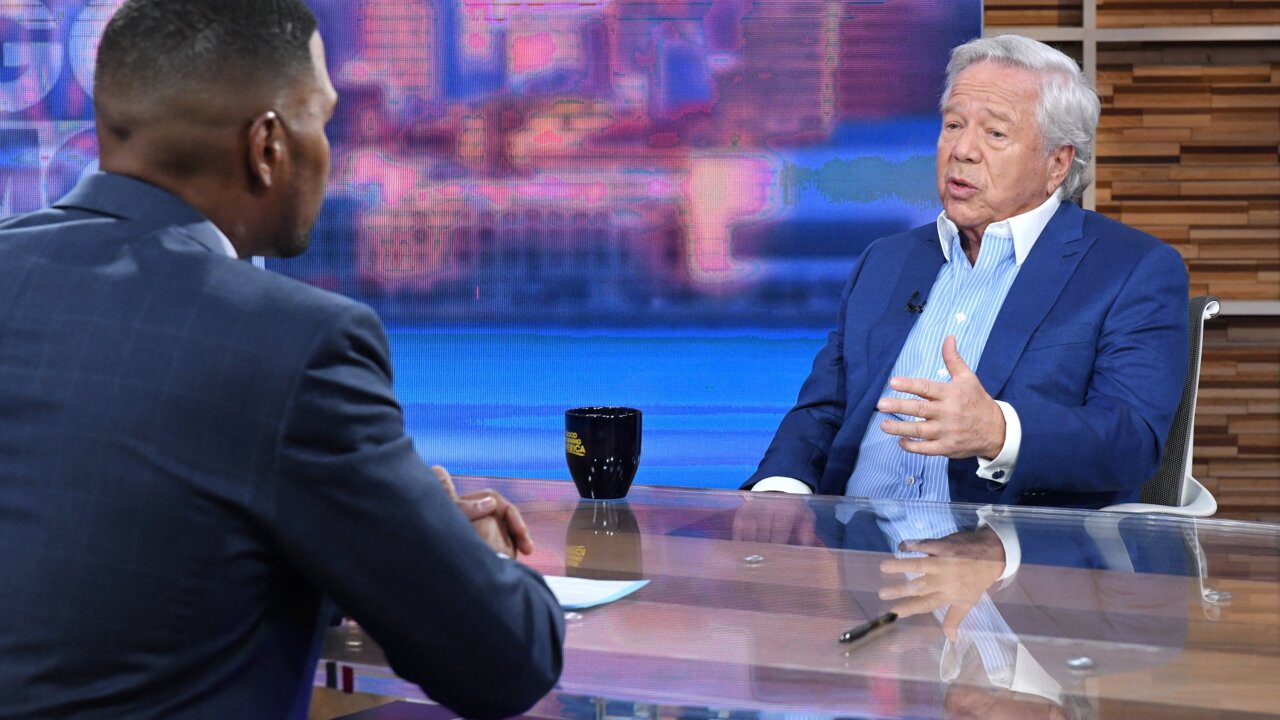 Robert Kraft bought the New England Patriots in 1994 from an owner who wanted to move the team to St. Louis and call them the Stallions.

"My objective in buying the Patriots is to help bring a championship to New England," Kraft said when he took over the team. Kraft paid $172 million, then a league record, for a team that averaged fewer than seven wins a season and had never won a Super Bowl.

Since Kraft bought the team, the Patriots have won the Super Bowl six times under quarterback Tom Brady and head coach Bill Belichick. The trio has been among most successful in the history of professional sports.

Kraft has become a titan of pro sports, helping turn the NFL into the country's most valuable league. He is a close friend to President Donald Trump.

And the Patriots today are worth $3.7 billion, the sixth most valuable pro franchise in the world, and Kraft is worth $6.6 billion , according to Forbes. He is the 79th wealthiest person in America.

On Friday, Kraft, 77, was making headlines for other reasons. He was facing charges of soliciting prostitution , stemming from a raid on a day spa in Florida. A spokesperson for Kraft denied that he had committed a crime.

"He brought a particular culture to the business and the franchise and it leveled up what other owners did," Igel said. "He really changed the way the NFL and its owners viewed the franchises and then that view extended out into other sports."

Kraft built his fortune in the paper industry.

After graduating from Harvard Business School in 1965, Kraft, a Massachusetts native, began his career with the Rand-Whitney Group, a paper and packaging company owned by his father-in-law.

In 1968, Kraft acquired a controlling stake in the company through a leveraged buyout. Four years later, he founded International Forest Products, which trades forest product commodities, including containerboard and pulp, around the world.

Kraft grew his paper and packaging conglomerate to become one of the largest exporters in North America.

He later started the Kraft Group, a holding company for his businesses in sports and entertainment, paper and packaging manufacturing and distribution, real estate development, and private equity. The privately-held Kraft Group owns Gillette Stadium, home of the Patriots, and the New England Revolution, a Major League Soccer club. Gillette Stadium opened in 2002.

The Patriots had early success under Kraft. In 1996, two years after he bought the team, it made the Super Bowl under head coach Bill Parcells. Kraft announced plans to move the Patriots to Hartford, Connecticut, in 1998, but the deal collapsed.

In 2000, the Patriots hired Belichick as head coach. The Patriots won their first Super Bowl in 2002, defeating the St. Louis Rams under Brady, who took over early in the season for injured starting quarterback Drew Bledsoe.

"We tried to create a culture the day we came in. We tried to have a system in place and have continuity," Kraft told ESPN for the 25th anniversary of taking over the team.