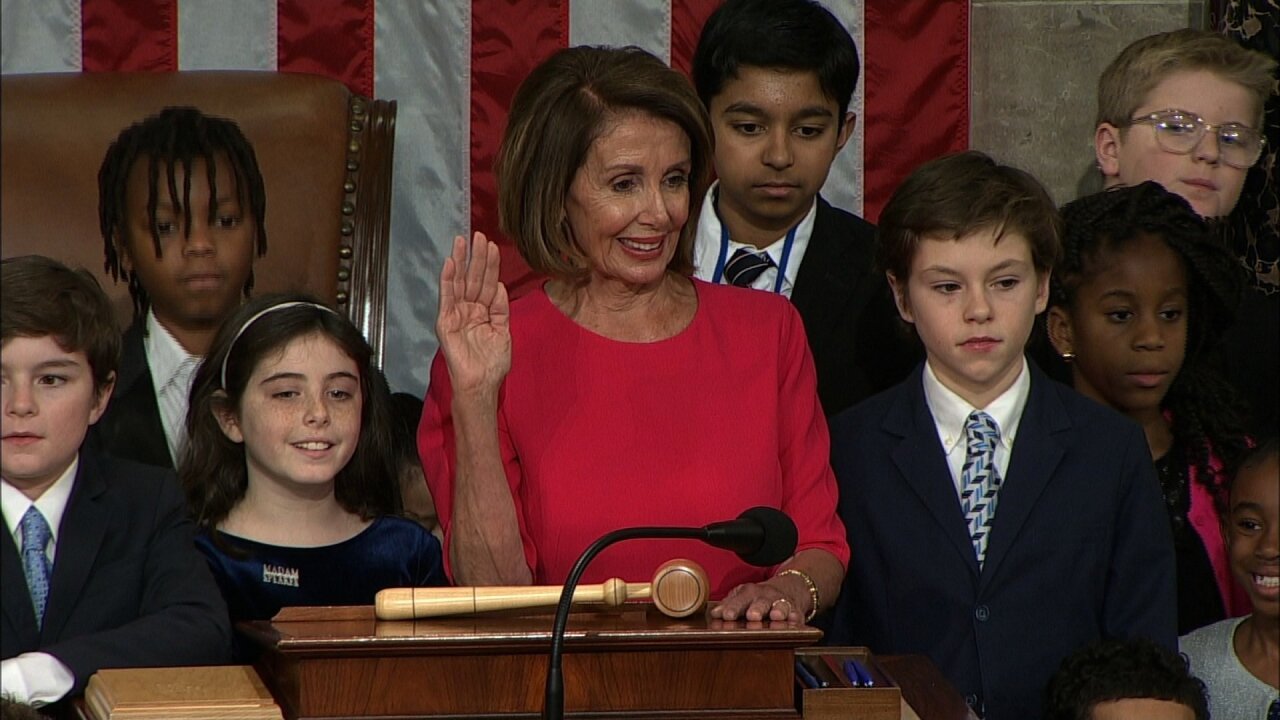 Pool/Pool
House Democrats vowed to press ahead on Thursday with plans to pass a legislative package that would reopen shuttered parts of the federal government without providing any new money for President Donald Trump's promised border wall -- despite a White House veto threat.

As a result, the legislation is expected to be dead on arrival in the Senate, leaving congressional Democrats and the administration at a stalemate that threatens to prolong the shutdown, which is wrapping up its second week.

The House of Representatives first voted on Thursday to approve a stopgap spending bill for the Department of Homeland Security that would not allocate any new wall funding, in a rebuke to the President. The bill passed by 239-192, with five Republicans joining Democrats.

Shortly afterward, the House voted to approve a legislative package made up of six full-year spending bills to reopen other shuttered parts of the federal government.

The key sticking point in the shutdown fight has been the President's demand for $5 billion in wall funding, which congressional Democrats have refused to meet.

Congressional leaders from both parties are expected to meet with the President at the White House on Friday morning, though it remains to be seen whether progress toward common ground will be made as both sides appear to be dug in.

Vice President Mike Pence said Thursday that "if there's no wall, there's no deal" to end the partial government shutdown during an interview with Fox News' Tucker Carlson.

While he expressed openness to negotiating an end to the shutdown, the wall was a clear sticking point: "We are here to make a deal, but it's a deal that's going to result in achieving real gains. ... We will have no deal without a wall," he said.

House Democrats have stressed that their plan to reopen the government would not provide any additional funding for a border wall, leading congressional Republicans and the White House to call the effort a "nonstarter." On Thursday evening, the White House issued a veto threat against the legislation ahead of the expected House vote.

Earlier in the day, newly elected House Speaker Nancy Pelosi criticized the President's wall as "a waste of money" and "an immorality" during a news conference hours after reclaiming the gavel in the new Congress.

The partial government shutdown stretched into its 13th day on Thursday, when the new Democratic House majority was sworn in.

As the stalemate continues, there is no end in sight to the partial shutdown, which is affecting hundreds of thousands of federal workers who have either been furloughed or have had to work without pay.

"We're trying to open up government," Pelosi said on Thursday.

But she suggested that Democrats don't plan to budge from their refusal to allocate wall money.

This story has been updated to include additional developments Thursday.