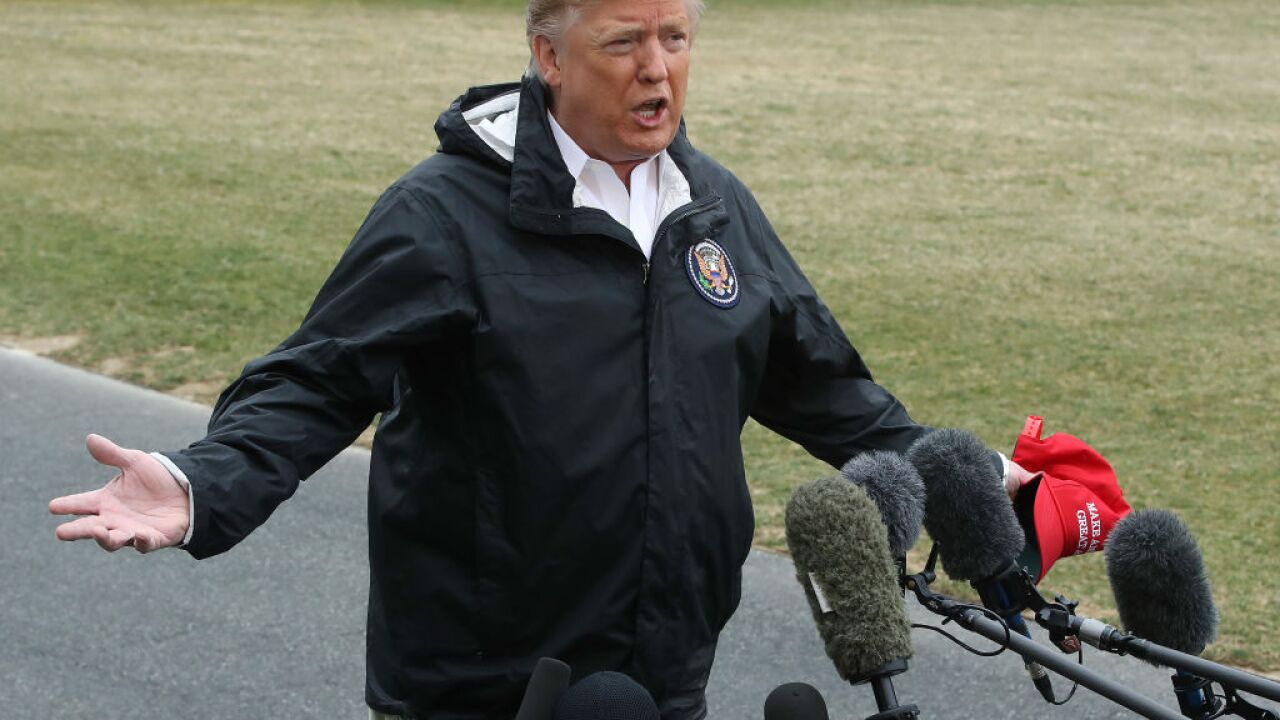 Concerns over possible cuts to middle-class programs like Medicare and Social Security will be on full display on Tuesday when Trump's acting budget director Russell Vought heads to Capitol Hill to face questioning from House Democrats about the plan.

Democrats described the White House's budget as a "gut-punch" to the country's middle class, arguing reduced spending on numerous health and safety programs would be "devasting" to Americans.

"I believe that this budget is a recipe for American decline," Kentucky Democratic Rep. John Yarmuth, the chairman of the House Budget Committee, told reporters on Monday. "It's an expression of priorities and values that I don't think are shared by most Americans."

The Trump administration is proposing to cut funding for most federal agencies by $2.7 trillion, while boosting defense spending and setting aside $8.6 billion for a wall along the US-Mexico border.

The White House predicts rising deficits beyond the standard 10-year time horizon for federal budgeting, but claims the budget will balance in 15 years, assuming optimistic growth.

The President's budget anticipates, however, that the country's debt will grow to $31 trillion over the next decade.

The White House is forecasting that the economy will grow at an average of 3% each year over the next decade, including 3.2% in 2019. While such forecasts are difficult to predict, the White House figure is at odds with projections made by the International Monetary Fund, which anticipates US growth will decline to 2.5% this year and soften further in 2020 as the fiscal stimulus of the Republican-backed 2017 tax cuts fades.

Yarmuth said Democrats plan to rely on baseline estimates by the Congressional Budget Office, which currently forecasts 2.3% for 2019, in drawing up a counteroffer. "We think that's much more realistic," he said.

Yarmuth acknowledged there will likely be some divisions within his party on budget priorities, including on defense, with some who may disagree on whether to boost spending. For now, he said there hasn't been too much pressure to include big ticket progressive items, like the Green New Deal, in the Democratic House Budget. That proposal is expected sometime in the first week of April.

He also expects Democrats to propose shoring up spending for Obama's Affordable Care Act rather than include money for a proposed Medicare for all program and to contemplate a comprehensive immigration reform proposal in next year's budget.

Issues like lowering drug prices and infrastructure could be areas where Democrats could work with the Trump administration, Yarmuth said.